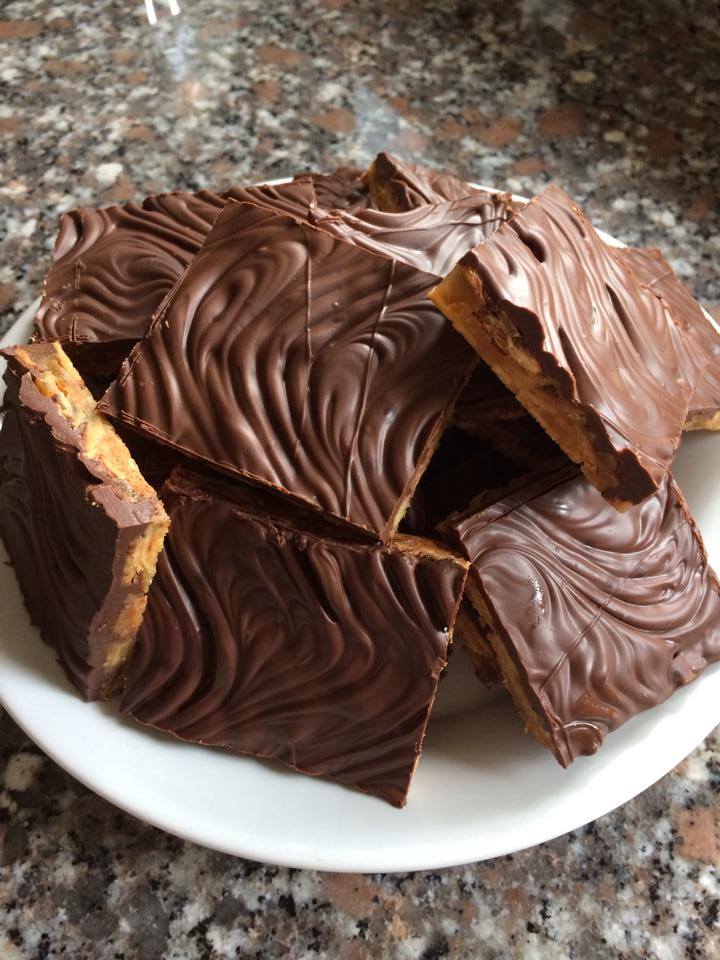 Being someone with zero blogging experience, I must admit that when Jess suggested I write something for her blog I was slightly daunted by the prospect, but it’s something I’ve been meaning to get started on for a while and have, as usual, procrastinated over so maybe this is just what I need!

However, as Jess’s blog is mostly centered around clothes (and while I admire her discipline immensely!) my wardrobe could not be further from the organised, easy to co-ordinate paradise that hers is… SO instead this post is about baking which is something I’m actually (sort of) good at.

These Florentines are a favourite of both my mum and my aunty. They’re surprisingly simple to make but still complicated enough that you feel pretty pleased with yourself when they’re done! I’m pretty sure that traditionally they’re a Christmas food but I make them all year round anyway.

I use a recipe from BBC Food online but I tend to change it ever so slightly by leaving out the sour cherries and baking it as one big sheet, then covering it with chocolate, letting that cool and cutting it into squares, instead of making round biscuits.

I usually start out by weighing out everything I need, setting the oven to 180°c and lining a baking sheet with greaseproof paper. 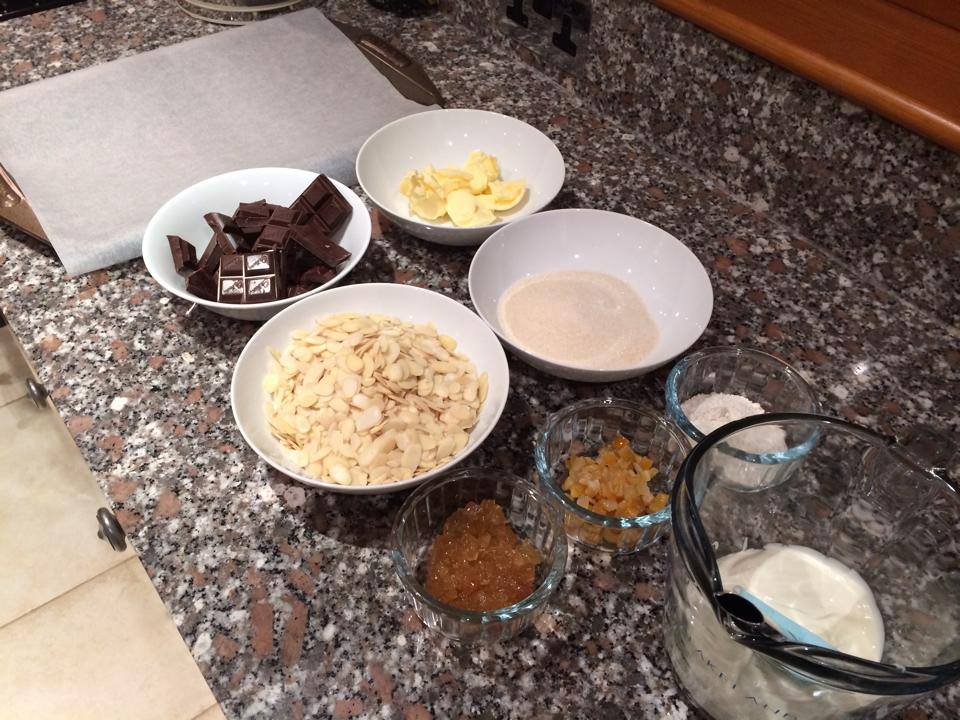 Quickly toast the almonds by spreading them out on a sheet of baking paper, covering them with a little oil (I use groundnut oil) and putting them in the oven for 10-15 minutes until they begin to brown. Then put the butter, sugar and flour into a small saucepan to warm through on a low heat until the butter melts and the sugar and flour dissolve into the melted butter. (Take care not to heat the butter too much; it should be just warm enough to melt) 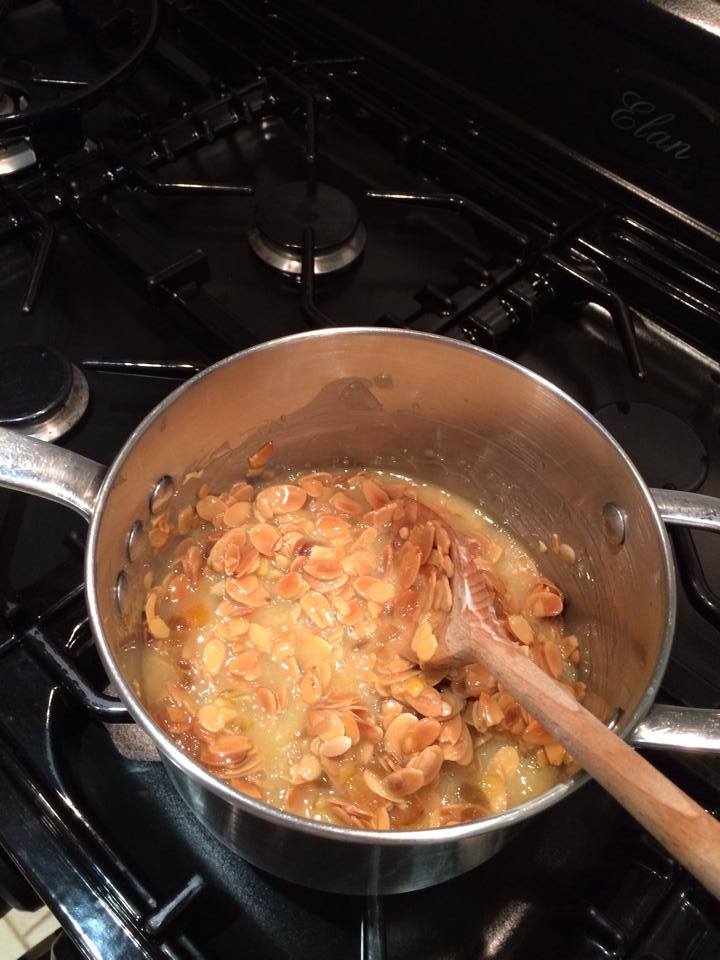 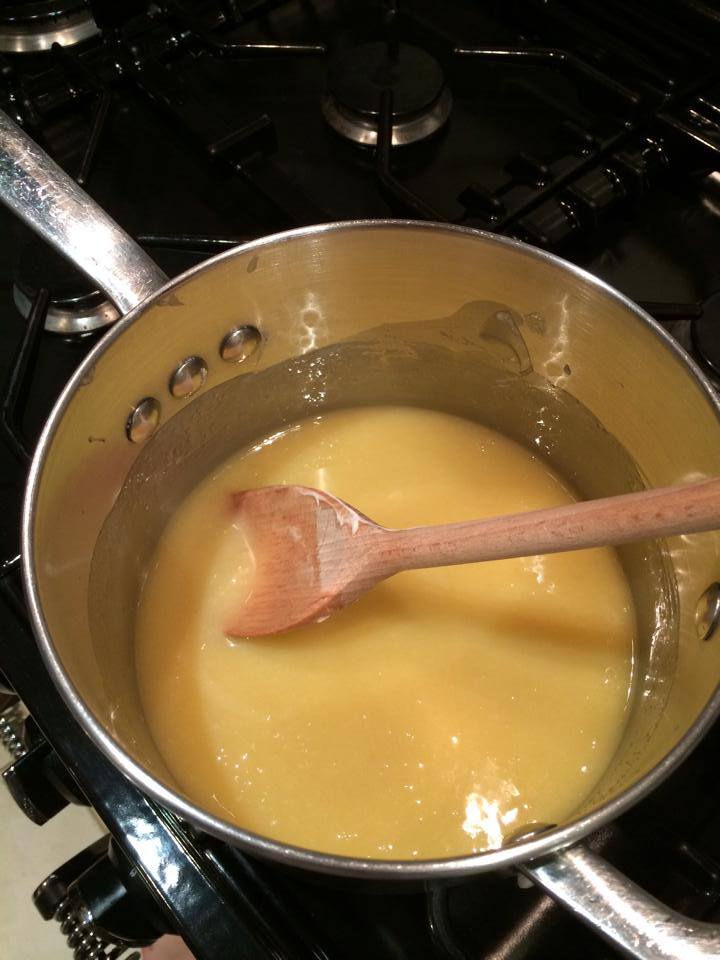 Next add the Crème Fraîche, stirring continuously until well combined and after that add the almonds, candied peel and ginger (I add quite a lot!) and cherries. Stirring well again until everything is mixed in. Once this is done, turn off the heat and empty the contents of the saucepan into the baking tray, spreading the mixture flat. (I like to keep the edges a bit thinner so they crisp up and get chewier) Once your mixture is on the tray it goes into the oven for 10-15 minutes until golden brown, 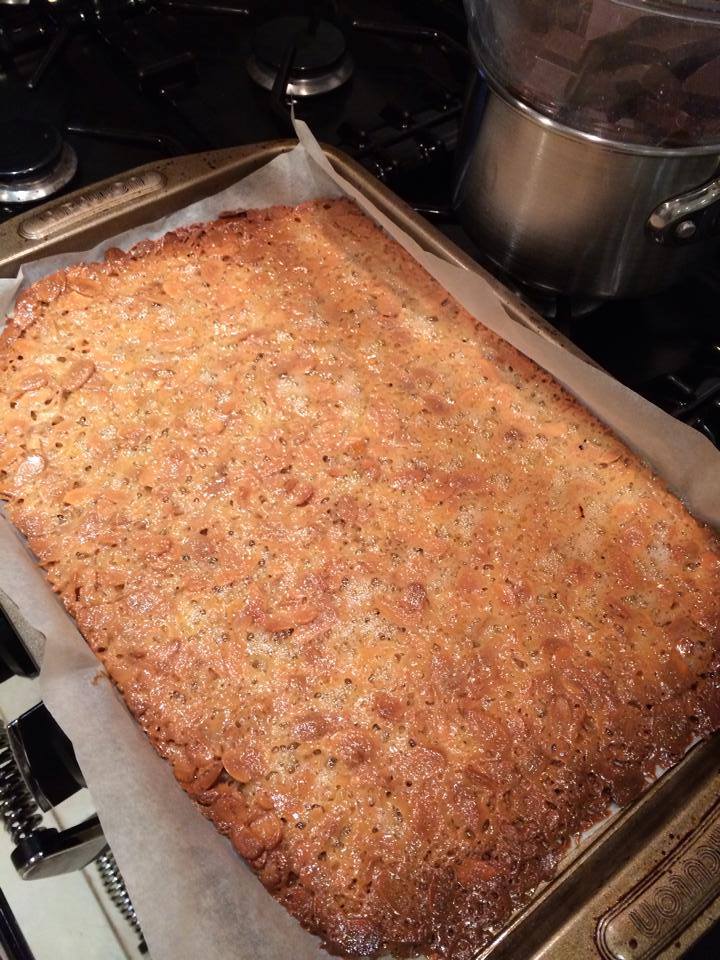 Once cooked, set it on a wire rack to cool down. Leave to cool for 15-20 minutes before boiling a little water in the bottom of a saucepan. Put your broken chocolate into a Pyrex/heatproof bowl and the rest the bowl over the boiling saucepan (be careful that the bowl doesn’t touch the boiling water).

Keep stirring this until the chocolate is completely melted. 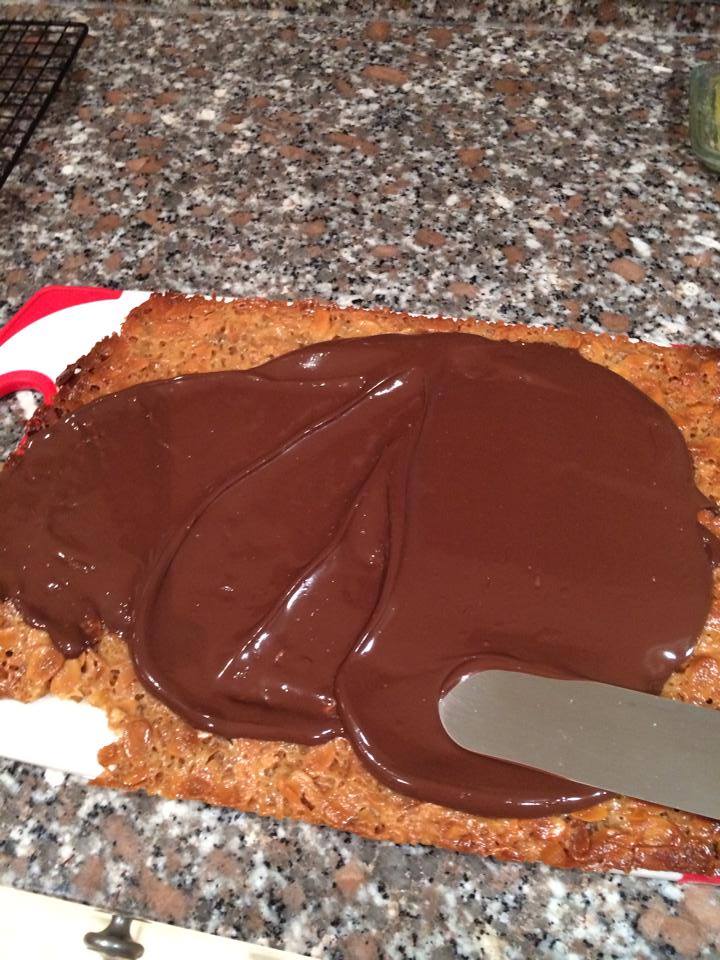 Then check that the biscuit is completely cool and, if it is, transfer it to a large chopping board and pour the melted chocolate over, using a spatula or palette knife to smooth it over. Leave it to set for a few minutes and then use a fork to trace lines into the chocolate. Leave to cool/set completely. 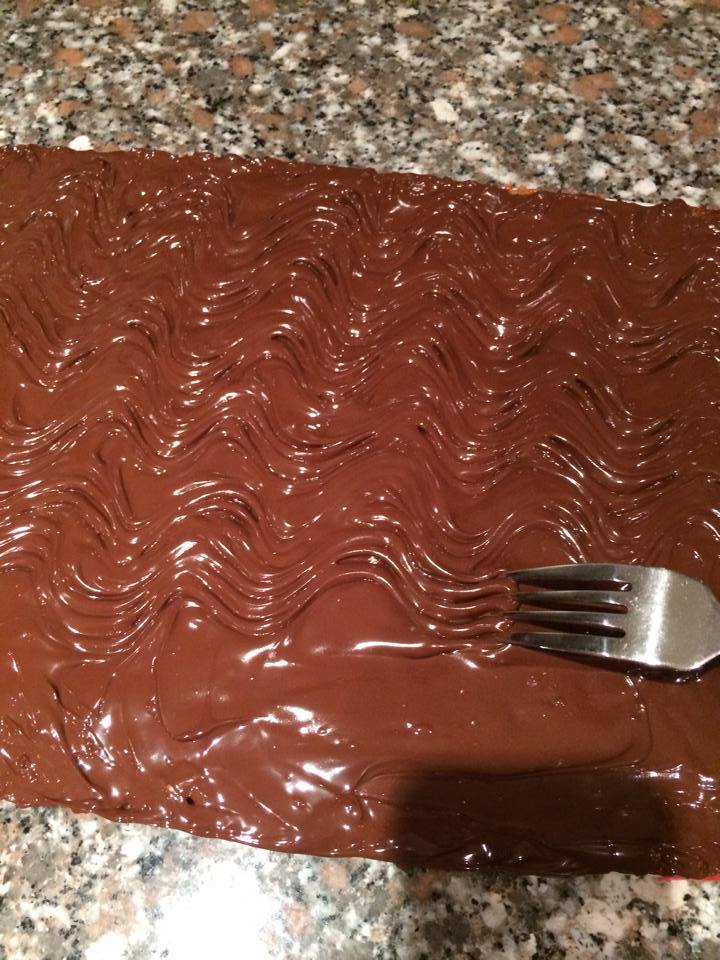 Finally, cut into squares and enjoy with a cup of tea!

2 thoughts on “Florentines by Rebecca Fiedler”