We are joining the Gym*.

You heard the correctly, me on a treadmill. Now, I realize that this might open the floor to some comments like, don’t be silly, you’re fine! You’re a stick with eyes!

Well let me tell you guys I don’t need it. I promise, I love you all but I’m cool with honesty, I’ve let myself go and I’m about to make it up to myself.

Furthermore, if you do ever encounter a six-foot tall stick with eyes – Run! This is not a drill people; this is the beginning of the apocalypse!

So how come we have decided on the gym life? We’ve never gone in the gym direction as a couple before instead prior to a string of injuries and moving house we were prolific cyclers and runners. I personally, love working out when I do finally go, I just tend to like it more, outdoors.

Before I broke my ankle in 2011 I used to run for about two hours every other day all around Deptford, Greenwich, Blackheath and Lewisham but post ankle break it took me a while to get back. In fact from about 2013/14/15 I had three near stress fractures on my metatarsals and I still suffer from a lot of metatarsal pain every now and then. Especially when I’m pounding the pavement, it made running outdoors, impossible.

Josh however, unlike me isn’t so attached to the outdoor exercising life, in fact when I met Josh he was a full blown gym addict. He of course was super excited about going back, its where he feels comfortable getting a full workout.

I won’t fob you off, when Josh suggested it, I cried in the middle of our kitchen. A strong reaction right? But I realized that feeling ‘big’ can be a big restriction in feeling comfortable enough to attend. Would I be judged? I’d met enough mean girls from attending an all girls school to encounter some more shouldn’t have been a problem… Luckily for me I have my best friend boo who has been a committed gym goer for ages to put my mind at ease. She let me know that most are so wrapped up in what they are doing they won’t be noticing me.

Now, I can’t lie I have done an awful lot of googling this past week or so to get the lay of the land. Especially since part of the problem is just that I have no idea what I am doing, but we all have to start somewhere, and this is going to be mine, deep breath, lets do it….

*We joined! Its was strange and all kinds of odd…. 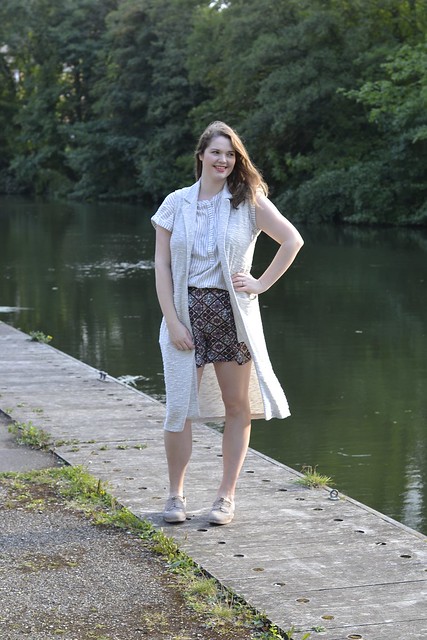 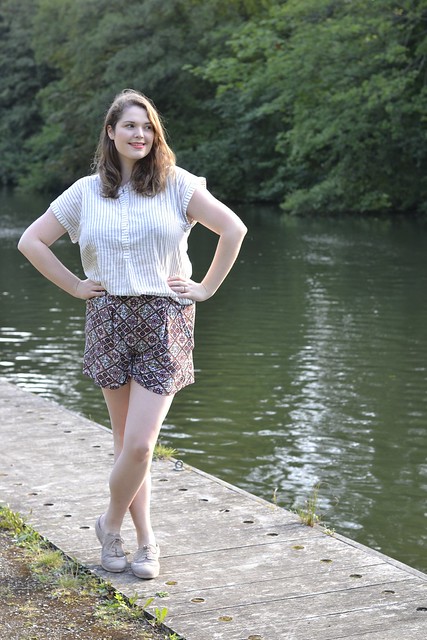 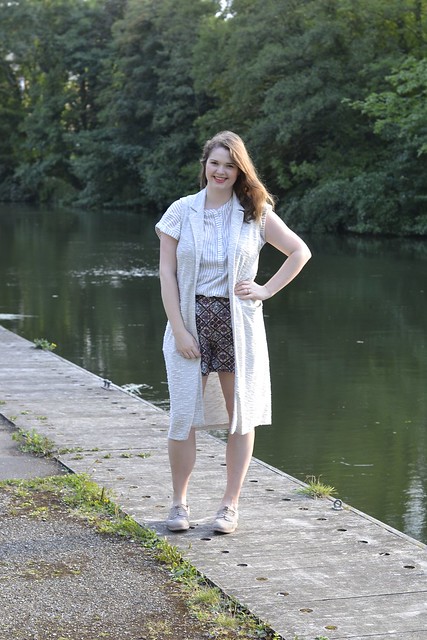 Honestly I am shocked by how long I have managed to wear shorts into what should be autumn. In fact in the UK autumn starts in September however this week we have had highs of 30 and I’ve worn shorts and T shirts, its that hot.

I’m actually beginning to wonder whether autumn will ever happen, maybe we will have that summer wedding after all . . . regardless I’m still hoping that these might be the last of the summer shorts, I’ve worn them religiously for the last few months so to be honest they are probably looking forward to a rest!

I have no new pictures. How silly is that? I don’t mean I never took them, because I did but I forgot to upload them. Who does that? A tired girl petrified at the thought of more tube strikes thats who. So heres a little bitty about life recently until later when I can get you I mean, photos.

Lesson 1: How not to fall off your bike, Aka; Read the Instructions.

“I have a plaster on my knee. (And a bruise. Whats one without the other?) and now everytime I see it I remember one important thing, every 23 year old should probably already know. Lesson 1; when getting your newly delivered bycycle read the instructions first.

I didn’t read the instructions. So my new bike and I came to not so much of a screaming hault but more of a slow-mo fall to the ground sideways. It was classy, especially with all the local smokers staring at me. Number two? I probably shouldn’t have done it in sparkle boots either but I like to live on the edge.
Luckily Josh made me feel better, fed me chicken dippers, and gave me a plaster. I already felt like a six year old whats one more thing?”
Stay tuned folks – I promise to post photos soon.

It’s official. We are seriously saving for a house this year. Why am I telling you this you ask? Well, mainly because I’m telling everyone and you guys, I trust. And when I say trust I mean trust to tell me that there will still be fashion a few years down the line when I can afford to buy it again.

I joke, there’s no way I can go without new clothes. (Sorry Josh.)

However, one thing is for certain, I can’t go on the way I have and afford a house. So there are certain cuts being made and that includes my clothing budget. Instead, I’m definitely limiting new buys to maybe one thing a month, or as my mother has been encouraging me to do is look at what I’m considering, walk away, look at it again, walk away and then on the third time, if it’s still what I want, buy it.

This is already killing me, it’s been a day since the New Year and I’m already having withdrawal pangs. Lucky for me Josh is acting in charge of my shopping for a while. Aka I’ll try sneaking him into shops without him noticing and he’ll guide me back out with that incredible, “I’m disappointed in your lack of fashion control face”.

I’ll pout, he’ll give me a hug and tell me there are shoes and clothes out there that I should save for, that’ll mean more. I don’t need to go in H&M, or New Look and certainly no more Primarni, the horror. Anyhoo you know what this means right? Less clothes.

Here’s the second thing. I suggested we do a big house clean out as well this weekend, but you know that one area that’s gonna take the hit right? My clothing, again. I know it’s for the best, I know I need to get a grip but less? I’m not very good at that, but at least I know it’s not just me. My mum informed me also that my dad has clothes in a chest of drawers and in four of the five wardrobes in their house, so at least I now know who to blame for my obsession . . .

So to hold me off this month I have pre shopped a bit but promised myself to wait until at least the last week of the month until I can buy anything new. This month I’m looking at investing in . . . a dress and possible jumpsuit below.

Somehow I always start a new season in Next I’m not entirely sure how it happens to be honest. I may have also gone in the store this morning also and found a tunic I would consider wearing at a short dress . . . opps. £50 to save though, that’s not too bad right?

Find the Jumpsuit (In Tall!) Find the Dress (Not In Tall 😦 )