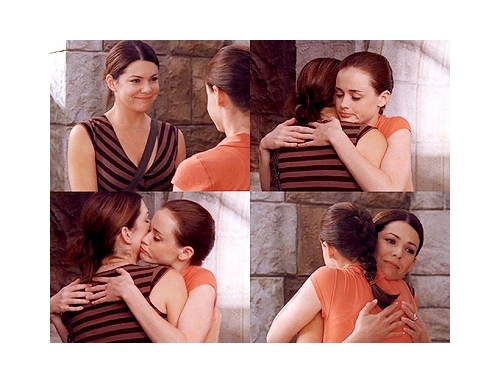 I don’t know about you but I regularly ask myself a very important question, what would the Gilmore Girls wear?

Gilmore Girls like many is my ultimate TV show I adore the characters, long to be Lorelai and live in Stars Hollow and the closest I can get? Dressing a little bit like them. Now prepare yourself for a few embarrassing photos from the past and a scary confession.

When I went to University I actively dressed like Rory from Gilmore Girls. 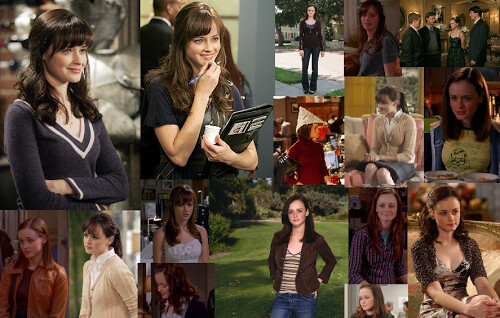 Honestly I have always loved Lorelai more but I found that going onto higher education could really do with a little bit more Rory and a little less Lorelai. so here goes, deep breath I dressed like . . . this . . .

(I’ve cut out my very good friend Becky in this photo (protect the innocent from my outfit choices – but honestly guys I just loved a good bootcut jean and T!)

I can’t honestly share most of my first university days (way to embaressing!) but heres the thing I loved basics, and I lived in bootcut jeans (this was 2009) plain T’s and a cord pencil skirt, that was my style kids and to be honest it kind of fit perfectly into that time and my lifestyle however lets come back to the present! 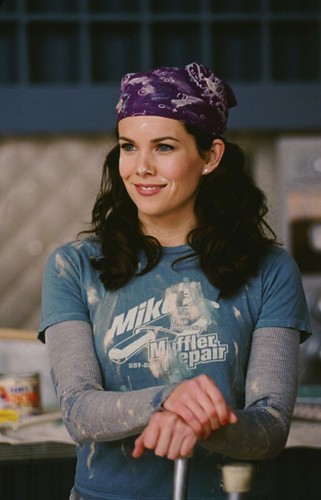 believe me once me and josh start decorating this will be my style. No shame.

But what would Lorelai Gilmore wear today? I think she would have of course have a perhaps more grown up style but I just hope she kept that humor in her clothes should there ever be a reboot. (Please TV/Film gods! Please!) so as I considered my wardrobe I had to ask myself this vitally important question and wonder how can I inject that same humor into my clothes? 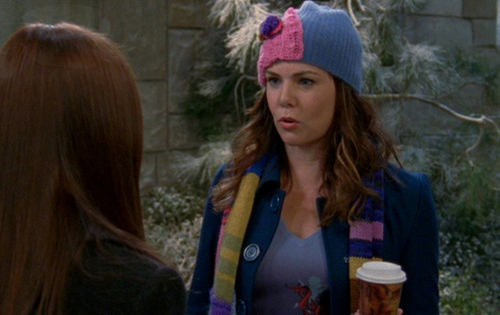 Honestly I have been planning for fall. If I hadn’t then I would worry about myself but alongside growing up my style a little bit more (more camel, can’t stop it) I also want to make sure whimsy is a part of my style again. I have so many amazing memories of university and in particular, a certain kooky style that I don’t want to miss these younger years when cute is still wearable and you don’t need to be immaculately put together all the time. Although I certainly wouldn’t not buy a coat similar to her gorgeous powder pink coat in seasons 4 and 5 however!

The photo above is symbolic of myself at university. If you caught this photo on instagram I mentioned that this kind of jumper is what I lived in when I met Josh. The great patterning and unexpected fringing was just everything that I wore alongside slogan T’s of course! Now I won’t be bringing back the slogan T (I think) but certainly unexpected and kooky pieces, less high fashion and more interest!

Autumn, Statement Necklace 2, Accessorize. Primarni crossbody bag (this was the original, it bit the dust when a tube door decided to close on me one night – it also left a rather joyous bruise on my hip)

This Gold Necklace is the ultimate in funky statement necklaces. I adore its beaten up appearance, the only problem is it has sort of fallen apart (a lot)- I spend most of my time fixing it!

You know when you get that great outfit where it looks great in person but crap in pictures? yeah, this is one of those! It also includes a lot of old clothes that you can’t buy now! . . . Primarni Coat 2012, H&M Top 2011, Leopard Print satchel 2012 River Island, Grey Jeans Dorothy Perkins Tall, Eden Jeans 2013 December, Grey wedge trainers New Look 2013.

While Josh snoozes Sunday morning away I’m watching Sex and the City wondering, why did I ever stop watching this show on the regular? Then I remembered, I live with a boy. The obvious solution would be to watch it in another room in the evening, but its one of my great fears that I might one day not want to sit in the same room as him every night, even if it means watching star trek, ps3 games or whichever boy programme is the latest hit, although that being said it is me that loves lizard lick towing so were pretty nicely matched!

Anyway I digress, I love Sex and The City it makes me wanna quit my life just to shop, wear incredible clothes, play dress up and go to lunch/drinks with friends, I mean thats the dream right? So to celebrate I went through my pictures (with a predominant grimace, I may add) and found the top gems that in October where going to be a post called all that glitters (props for anyone who can tell me what show that name comes from . . .). Then I found this grey outfit and figured what the hell! Sometimes an outfit doesn’t work out in images but as one that I wear in person I thought you guys should see it anyway, after all even carrie Bradshaw got it wrong occasionally!