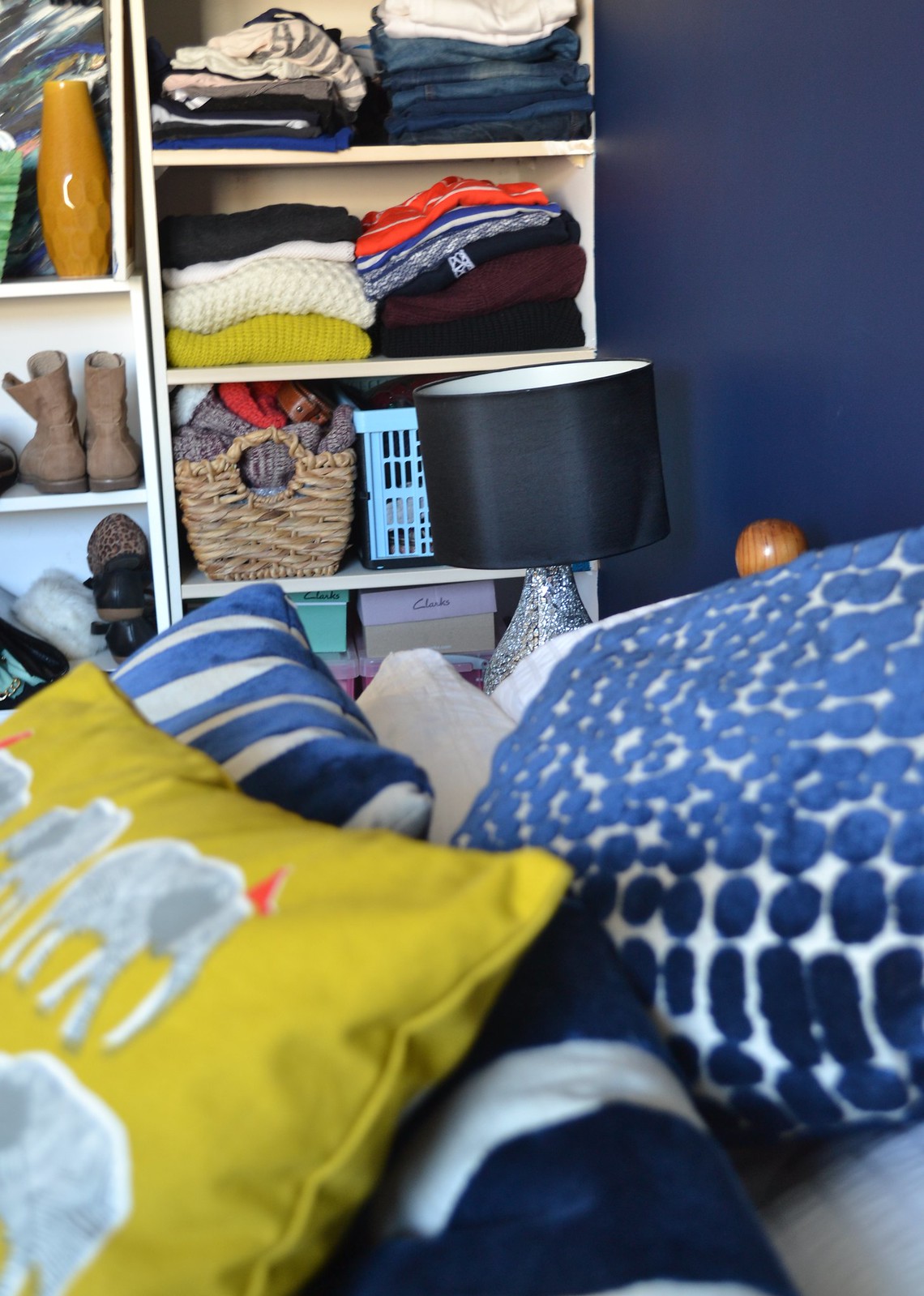 Before I found a white worm on my dress, on the morning train to London I had half written posts all over the internet telling you that I couldn’t keep up a capsule wardrobe properly.

Fast forward to literally freaking out and stripping down in a public bathroom to pat down all my clothes and I’m re thinking my thoughts on a capsule wardrobe.

So what happened? Honestly we got Moths. A thing of my literal nightmare moths grow from maggot like worms and as a bug-a-phoebe – it’s a thing – they horrifically live off of your clothes. What’s mildly humorous about this bar the mental image of my hopping around a train station bathroom stool patting myself down and screaming internally is that something I have kept saying to Joshey when we pulled our bedroom apart was I must buy lavender and the modern equivalent on the moth ball, cedar wood balls only I kept forgetting. It kept slipping my mind and now I’m here paying the price.

As I write this I have a bag by my feet (5p for a plastic bag folks, that hurts to start with) with a new jumper dress and a t shirt) so that Josh can as he is in this moment wash all my clothes on the baby setting. AKA so hot no germs are getting through. And all I can think about is where it came from; did it fall from the many trees on my walk to the station? Was it because, yes, I did find this dress on the floor this morning; are they under the skirting boards? And if so are they in the two suitcases still packed with our clothes. Then quite frankly I feel like an idiot.

I have spent a month now in my house going to work, renovating and cleaning and going to work and not once have I really paused to think about the rest of my clothes still packed. Do I miss them? Do I even know what they are? No, no, no. The Capsule Wardrobe was meant to beat this out of me and yet . . . all I’ve been is afraid. Afraid to throw out clothes like they are somehow important memories when clearly they are not. Those floaty skirts are gorgeous but unworn since 2009 and guys I’m chucking them.

I’ve made a decision it’s time for all these clothes to go. Find a new home, get a new life, but they are not welcome here anymore. Clothes do not dictate my happiness or my memories and quite honestly if they come with white maggot like worms attached I’d rather go naked. And you can quote me on that.

p.s a week later and a house full of moth killing products we are not so convinced that we actually had moths in the first place!? Success? Maybe but what I have learnt remains the same. I have no interest in keeping unnecessary products and things so heres to living with less! 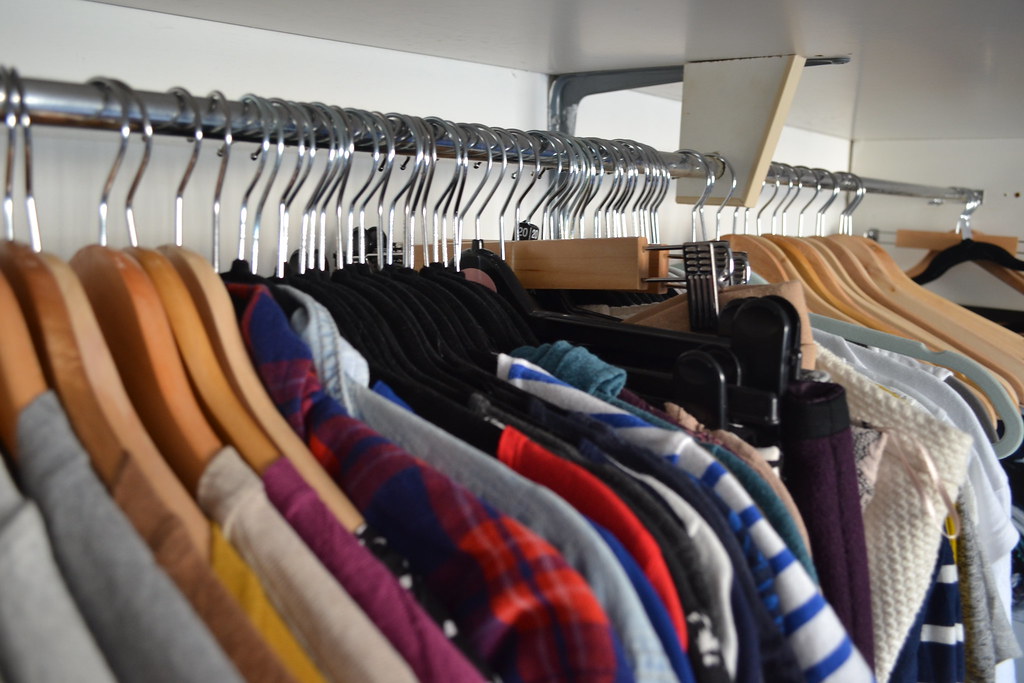 The Capsule Wardrobe | Lessons from Moving

One thing I thought I knew for sure was that the capsule worked well for me and I was no longer in danger of a huge wardrobe of clothes that I didn’t wear. However honestly? I was wrong.

I never realised this until we moved however that what had happened looking back is this, rather than successfully tidying I had actually just tidied it all into more storage options. In our flat we had two wardrobes to start. One in the spare room and one internal closet fitted with two separate rails. On top of this we then had three large Ikea drawers for more clothes and additional boxes for accessories. I could see everything and I threw a lot away so I thought I was cured.

I had separate seasons, I could follow Caroline’s rules, only what I couldn’t see was that I was simple seeing too much. I kept more because I had the space to keep it, space which I don’t have anymore.

The greatest idea behind the capsule is having all you need in the space you have available. In the flat we had a lot of space but in the house we want and have less. 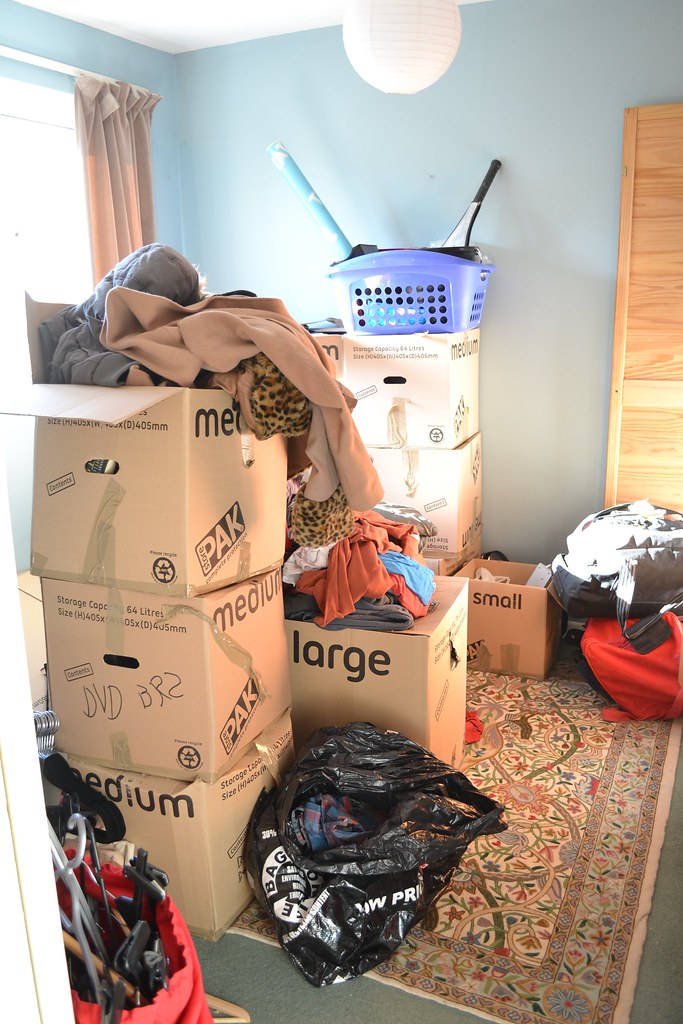 As we began unpacking clothes the first thing which was shocking was that we had three large packing boxes, two hold all’s and two suitcases. Filled to bursting with our clothes (both of us). On top of that we then had bags, multiple large bags of our shoes and as I faced the first session of unpacking I pulled out forty odd pieces and I didn’t want for anymore.

I have met some truly phenomenal women since leaving high (secondary) school. Women who can keep a hold of gorgeous, one of a kind pieces and recycle them years later and still look out of this world but I know that am not one of these women. Maybe this makes me wasteful and an over consumer but I do still love my clothes but they have their moment, their time. They speak about the year they were bought in, the thing I did in that part of my life but that is where it stops. I’m not a big dweller of the past, instead I am a lover of the future and so bringing back old pieces never work out for me, and I’m ok with that.

So what do I do now? Well its simple I donate more clothes. I pull right back and find the wardrobe I actually wear because turns out after all my worrying that I would have nothing it turns out I don’t wear it all anyway so what’s the point?

Here’s to the future girls! The lighter more of the moment, fun future. I have learnt to shop better now I just need to learn how to dress better!