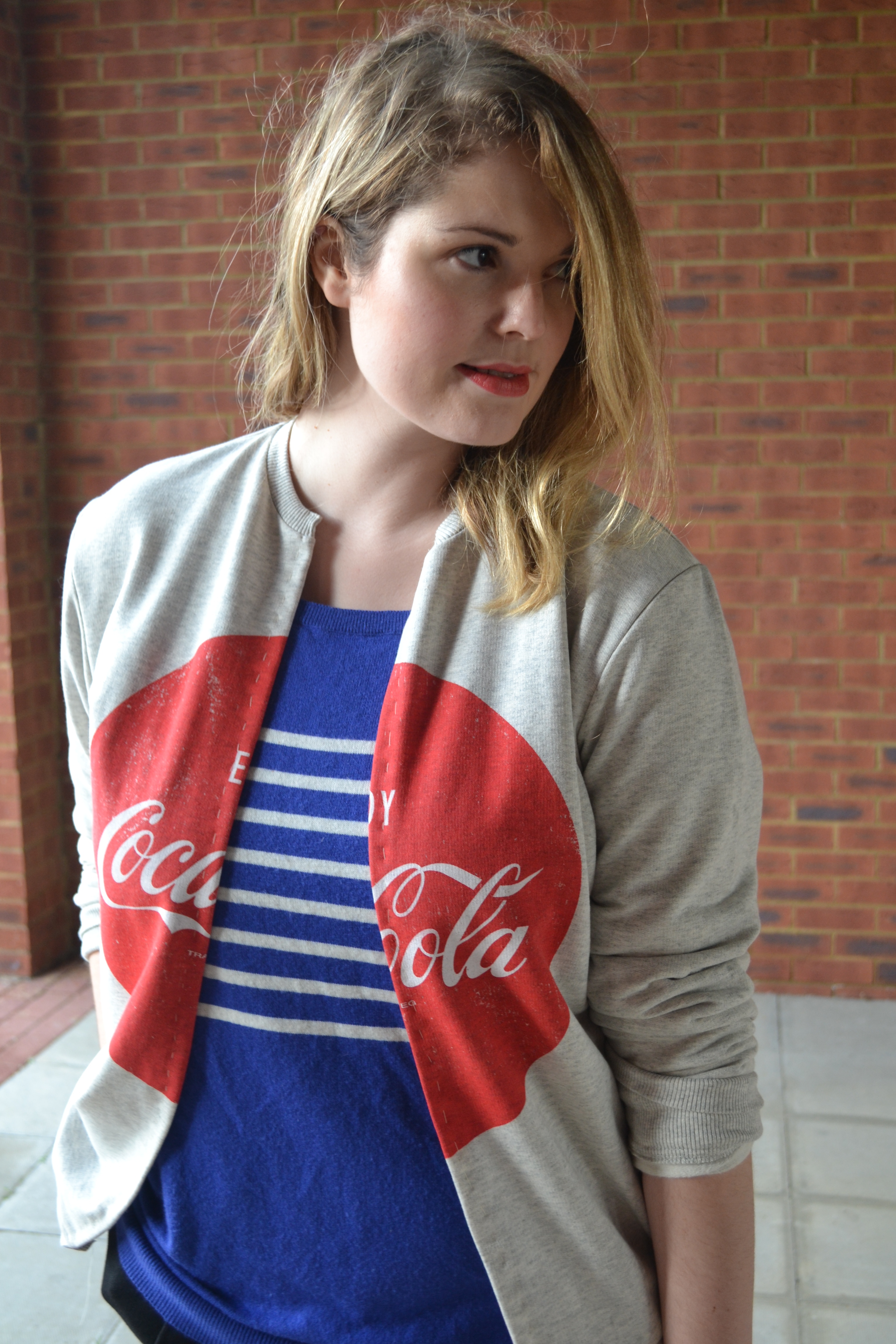 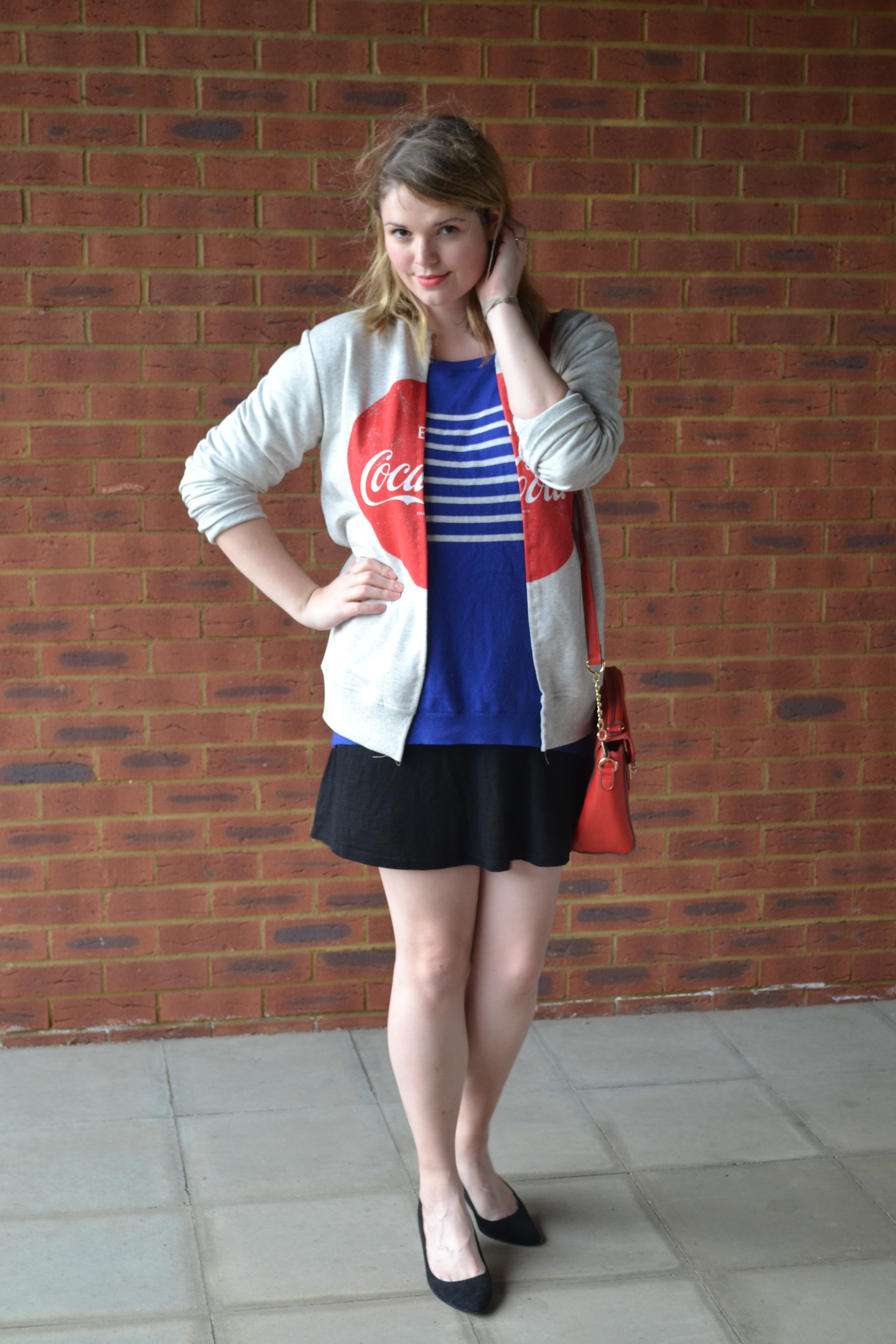 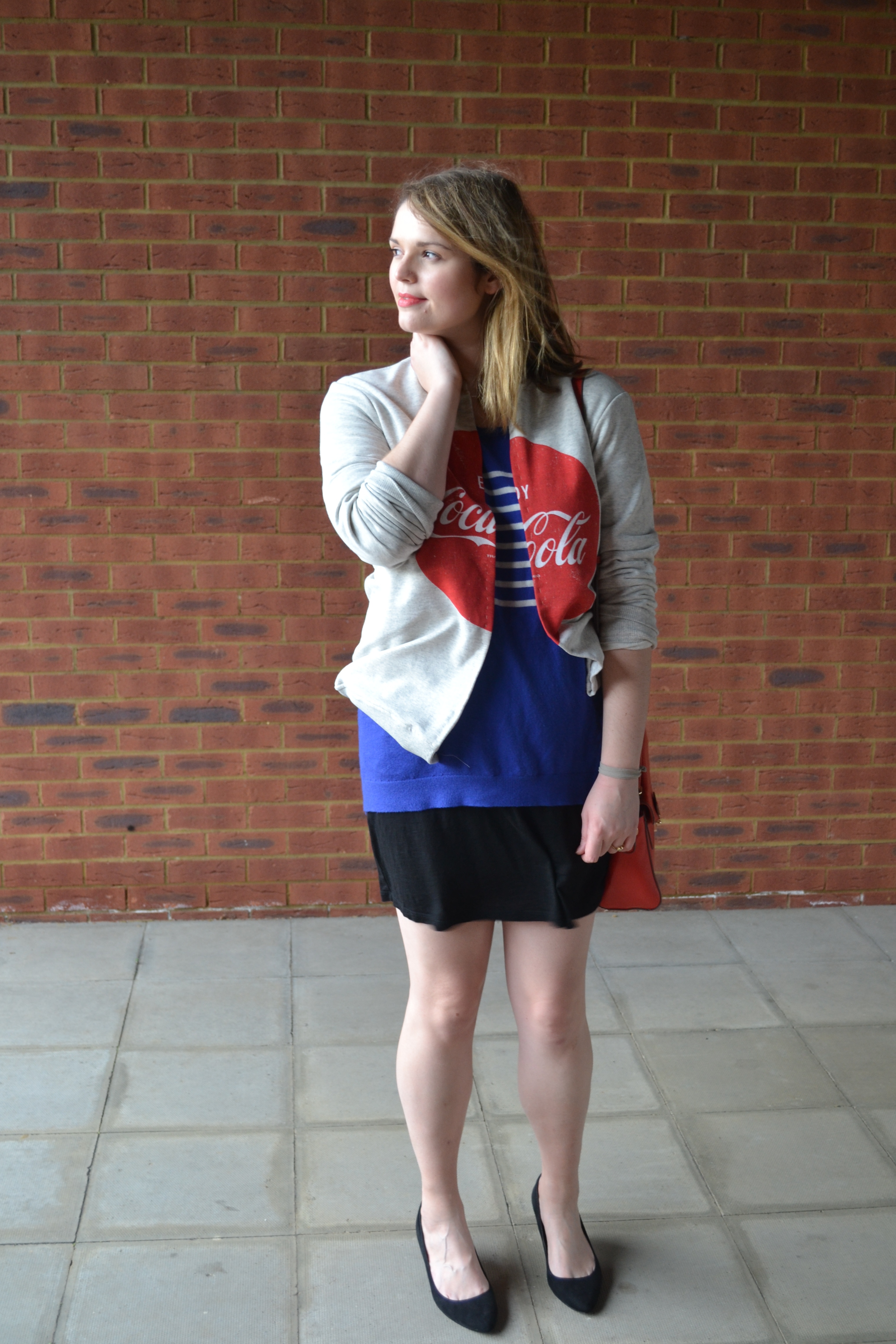 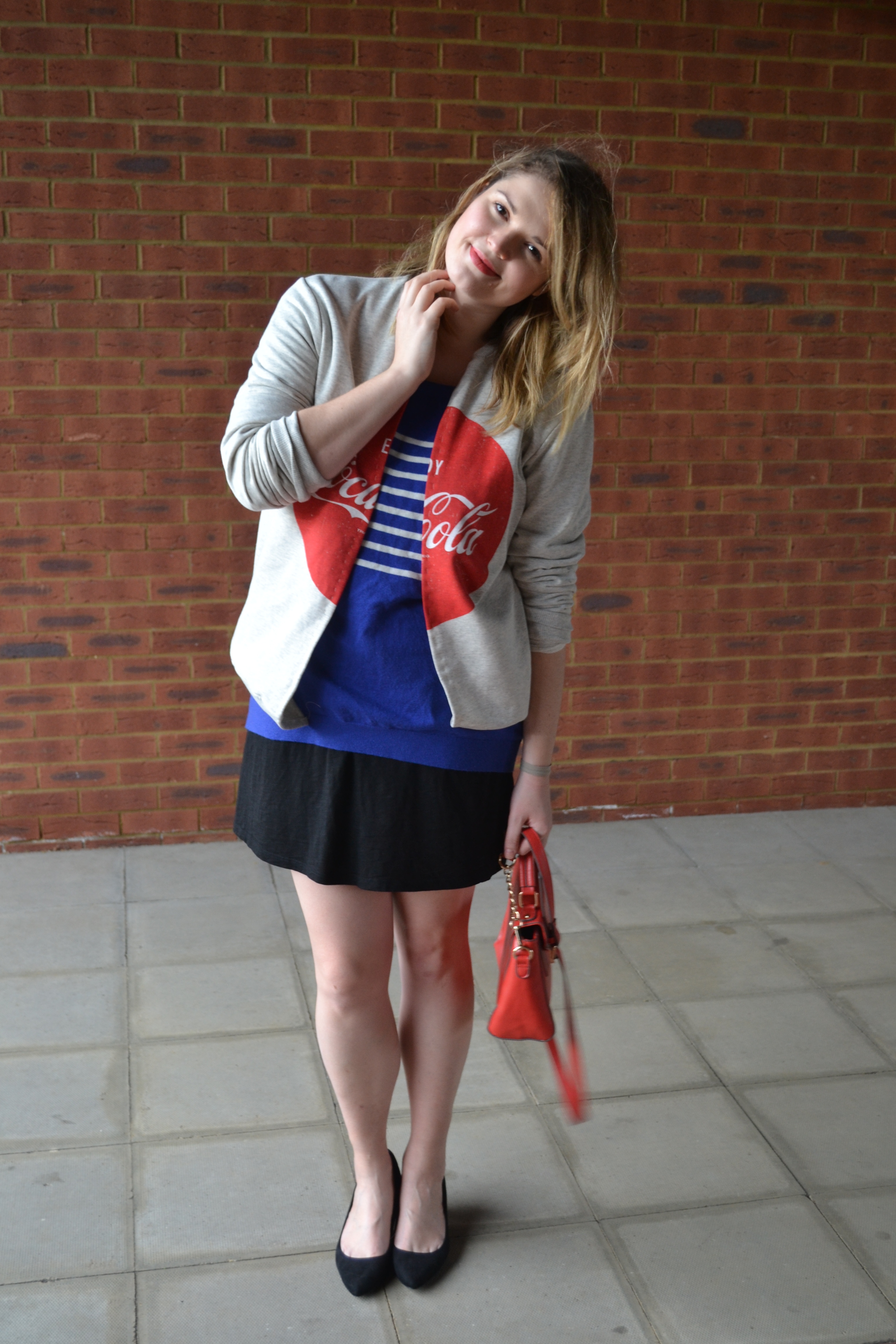 I like to think of this outfit as being a mix between Carrie Bradshaw, Myself and of course Geneva from A Pair & a Spare who this week showed me how making yourself a bomber jacket can be the easiest thing done, ever.

I have had a long love affair with the site Pair & A Spare since I was a university student who started wondering through Brick Lane wishing that I had enough nerve to buy some vintage to customise. With the blog at my disposal I have multiple projects saved on my computer none of which I have made. Terrible, I know but then this weekend I saw the tutorial to make a bomber jacket out of a sweatshirt and a few hours later and I had cut this CocaCola one in half and was sitting in our car at the drive in movies sewing it back up.

I have to say, although its not finished yet (I plan on machine sewing the edges and adding buttons) I am pretty impressed with the outcome. Its funny, as Josh upon first seeing the top I chose to do this with seemed less than impressed and then this Sunday shoot happened and suddenly he tells me he loves it! such faith, huh?

Anyway, the Carrie Bradshaw reference? As you know, I love that one Carrie outfit with the long sweater and pleated skirt and ever since I have found myself trying to emulate the look. I finally feel like I might have nailed it. I love this look which is funny when you consider how I almost took this sweater out of rotation!

What are your thoughts on the make-shift bomber, add some buttons or is it good as it is? and would you make one?