Marriage | When did my name become somehow attached to my identity? 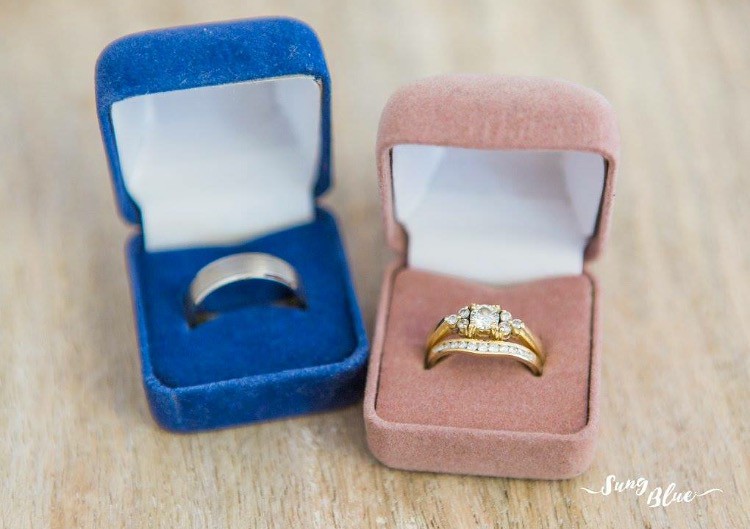 As a kid I loathed the fact that when presented with more than one Jessica in the room that I would always get stuck with the full name. Cooler girls with my name became Jess’s or Jessie’s and although I’m only gonna let Josh, my parents and grandparents get away with Jessie (it’s almost too personal). I began to associate Jessica with my younger self. The me who had zero confidence, or who would just willingly flatten herself into corners for everyone else.

In fact, it wasn’t until I got into university that I got bulshy with insisting I’m Jess, giving my best mortally offended face to anyone even thinking about uttering Jessica in my general direction. It was then that I began differentiating my first name to different occasions (formal occasions always Jessica, even when mostly I trip over my own tongue trying to say it).

However, when we decided that we wanted to be traditional post marriage I didn’t think twice about my surname.

I don’t view changing your name to not being a feminist because changing my name is not attached to being a woman but to screaming at the world, this man and I? We are a team! We are one!

I also couldn’t imagine our future kids having to suffer with a clunky double barrel or being confused by one is a Hawkins, one a Low. We took vows to be one another’s person and I could scream that from the rooftops everyday and night.

I didn’t blink, I scoffed at the bear idea of it staying, goodbye Low! It’s been a pleasure but when the time came to change it, I stalled.

We made trips in the name Hawkins and Low, two mini moons and I can only equate my stalling with my identity being wrapped up into three little letters. What happens to Jessica Low, when it’s Jessica Hawkins?

I’ve never scrawled it like a teenager over my notebooks however much I wanna hide Josh away from the world just so I can selfishly keep him for myself. I even planned my new signature so it looks basically the same. My world didn’t change at the alter either, my heart had already decided on Josh long before, this was the paperwork, technicality, but changing my name was the last hurdle I never saw coming.

I can only assume that this change was heightened because having grown up in a crazy close family who are almost on top of each other all the time in both space and similarities to now, living hours away from them all had created a divide in my identity somewhere as well.

Maybe in three parts, a scared kid, the one who grew up at university and lived with Josh almost straight from school and this new Jessica.

If I’m honest, I was afraid. My connection to my family has always been my biggest source of pride. I never needed famous idols when they were all real and lived a simple walk away. If I changed my name and cut that cord it was like severing something. Am I less a Low without the title? Will people no longer associate me with my family as much, with my mum? We share a smile but would that be enough for the world to notice I belong somewhere? For as much as I adore Joshes family to absolute bits and would chose them in a heartbeat there was still a worrying, nagging thought, am I no longer a Low?

All these years women have been losing their identities and I wonder now whether actually it is harder to take a partners name. Most men are against it and now women who previously didn’t have a choice are against it to. We view it like being claimed as someone’s property, but I was more afraid of not belonging to my birthright more than I was afraid of being tied to someone else. I’d made my choice, or my heart had, he has me but my family does as well. Who could understand me better than the people who made me… well, me?

From not understanding why you would keep your name I was posed with a problem, could I now get rid of mine? The real answer is yes I can. For me it was the insecurity of belonging pulling on my name heartstrings. After all, I consider myself a Philpott, a Jones, having plenty of traits from my grandparents than even they may realise but I’ve never carried these names, Low might actually be a state of mind. After all, I will always be logically minded, quiet in unfamiliar surroundings, able to talk to strangers about anything at the drop of a hat like my grandma … Changing my name ultimately doesn’t change me.

It’s just a name, just paper, so this past weekend I changed my name. Here’s to the next chapter, the next page, Jessica Low? Please meet Jess Hawkins. She’s the same chick I promise but here’s the thing, she has a husband now, her own team and she’s not so scared anymore.