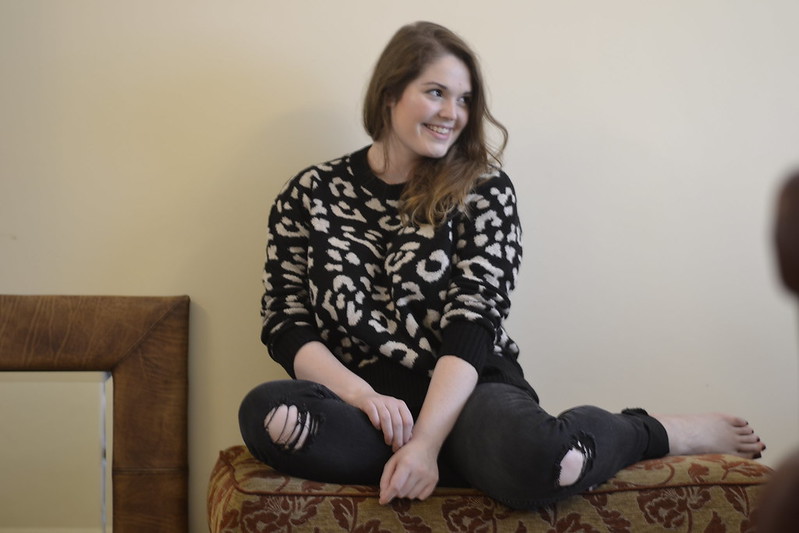 Leopard print is my real bae.

If I have to choose one pattern for the rest of my life it would be leopard print, in fact right now I am writing this in this jumper next to a faux fur blanket which is the exact same pattern. My fleece blanket was a present from my parents which I was about 11 so if theres anyone to place the obsession on, I’m sorry mum but what did you start?

Regardless I had a year off last year (from leopard print that is – not grown up life, although if I could..?) But this year? Well its full steam ahead! For the sake of this Fridays article I would like to direct you to this sweater from Zara at £29.99 its affordable and over sized and when I wore it the other day outside i couldn’t even feel the breeze, its that thick and snuggly!

Its the dream for both Autumn (it can double as a coat) and winter when its snowy, icy and you need a familiar hug when yours stuck at West Malling station because of Ice on the tracks.

To add to my newly growing collection of leopard? I also bought a faux fur headband from Oliver Bonas, its going to be a wild fashion year I tell you, wild! 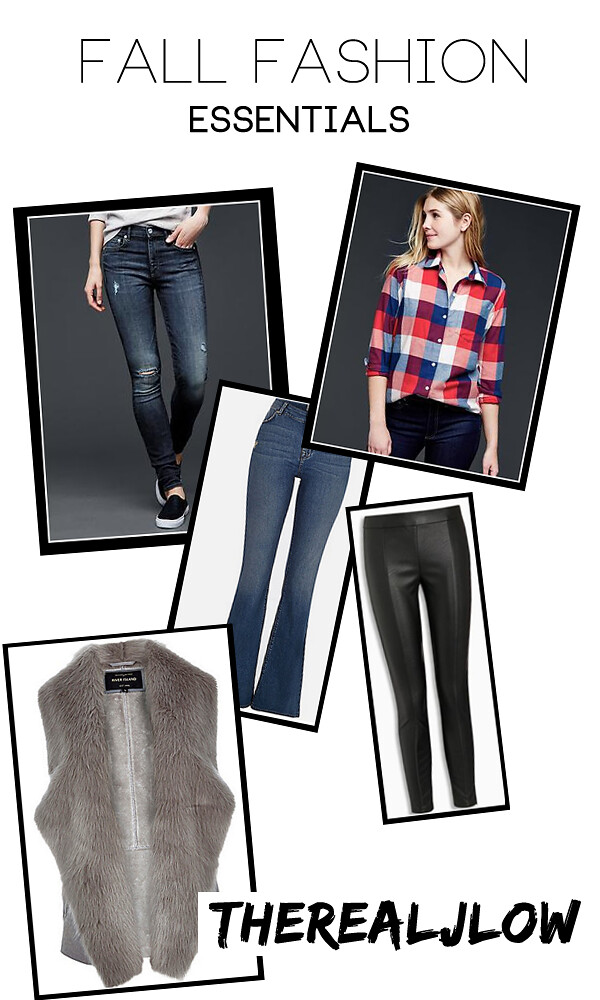 Why is fall fashion so timeless and exciting?

I think fall has something to do with the weather change. You’ve had spring and summer and more than likely a pale coloured wardrobe of simpler clothes and fall offers something very different. Rich, warm colours, interesting layers and the options to add thicker and more tactile fabrics to your wardrobe.

In previous years I have had similar fall wants, a plaid shirt, a great pair of skinny jeans some faux fur . . . the list has been really similar for many years and it wasn’t actually until I undertook the capsule wardrobe that I realized the reason its been the same each year? Is because temporary, fashion pieces meant that I bought these over the fall basics that most of us want for this time of year. So what are these pieces? Outlined above are some of the pieces I always wanted and never bought, the fall fashion essentials. 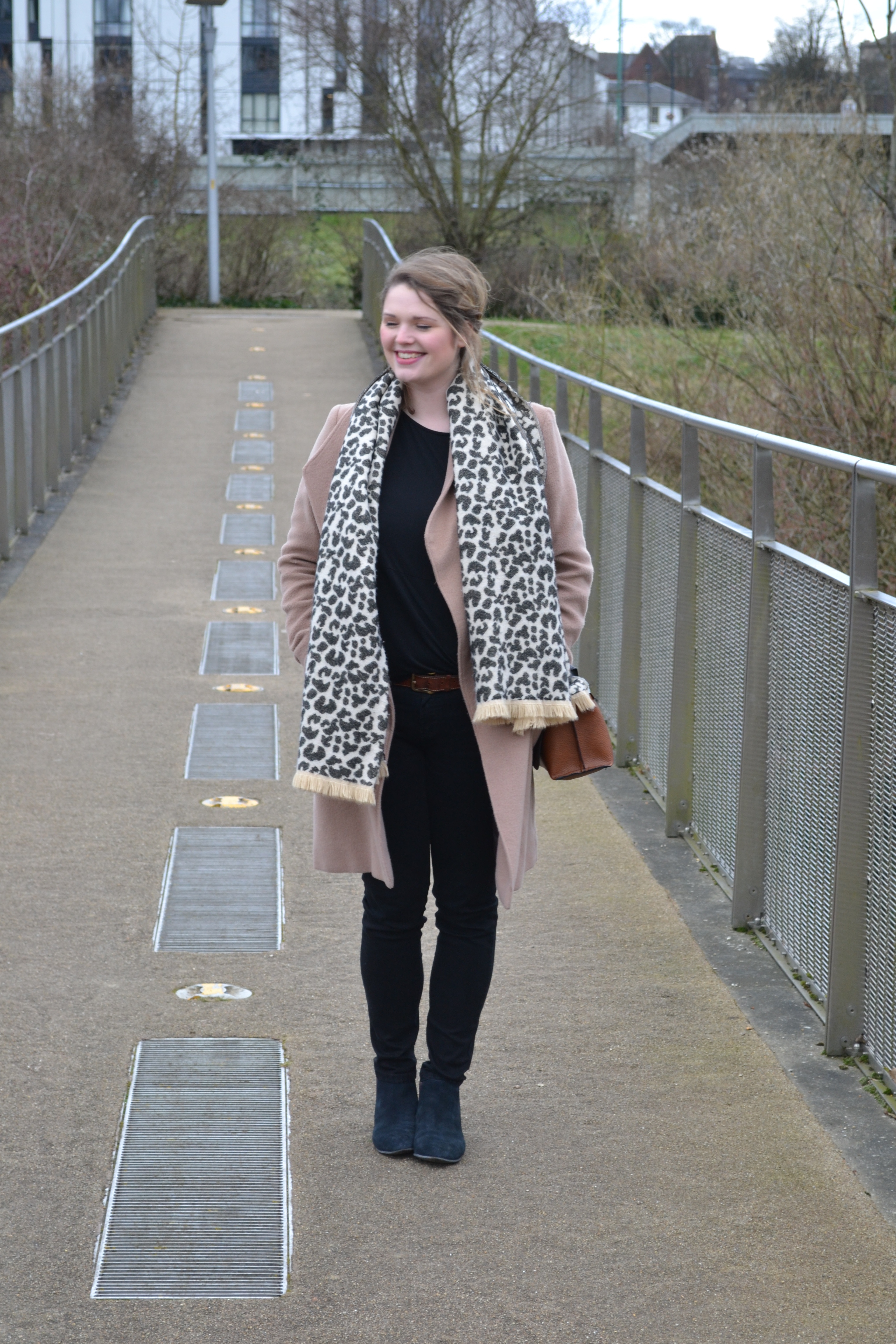 Why you should break the rules.

Black and brown don’t mix. Don’t they?
I love the many dressing rules that we often follow blindly. If the capsule wardrobe teaches you anything instantly it’s this, rules were meant to be broken, don’t be afraid to do exactly what your fashion mother told you not to. 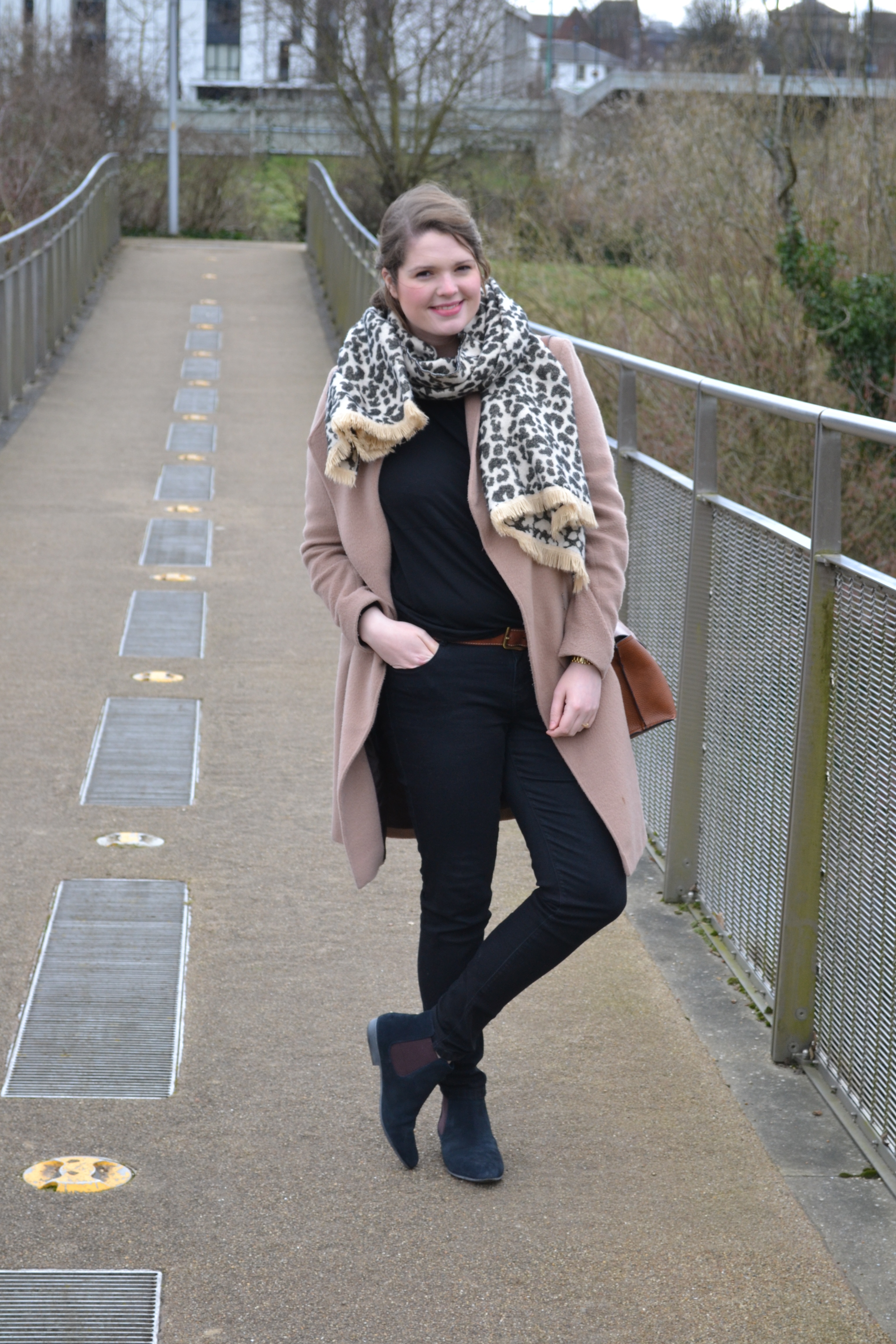 Colour mixing is one of the more popular what not to do lists. Never navy and black, never black and brown but reality is this; if you can pair red with black, white with black which are two very harsh and often unforgiving colour combos then you can throw in brown and navy.
If I could illuminate anything in high street fashion it’s the over patterned shirts women think are the dream workwear solution for black work trousers (pants). I’m not a fan of any outfit which features a bright in your face colour with black it’s always so stark and for me, unforgiving. 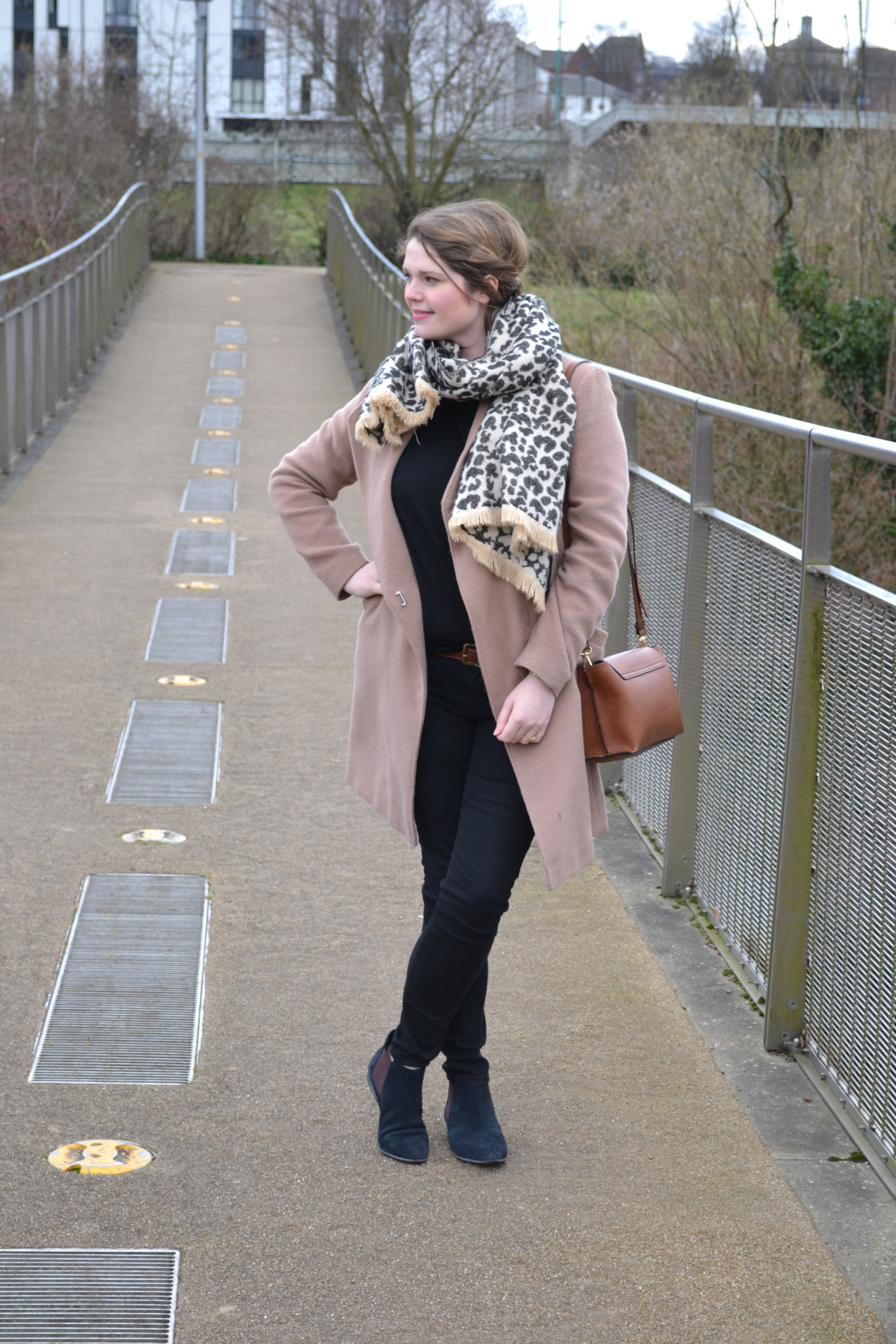 Why not pair navy and black? This soft approachable colour adds more dimensions than overblown red florals and it ultimately does more for your complexion. The same with brown, this soft brown breaks up the outfit just were you need it, pair it with similarly soft navy or a dusky purple and suddenly you’ve got interest, your approachable and interesting.
Returning to my thoughts of the black work trouser (pant) there are more options to the working life than black. In London most women have a week day in smart black trousers. Whether it’s a suit pant or skirt many appear to automatically believe that work means black. But what’s it really doing for them? Little.
Try mixing up your preconceived notions. Drop black in summer, switch plain black trousers to patterned houndstooth, choose a soft navy and brown check, hell choose a soft black and grey check! Another idea is dark coloured versions including burgundy and forest green, they are more wearable than you think and ultimately more flattering. 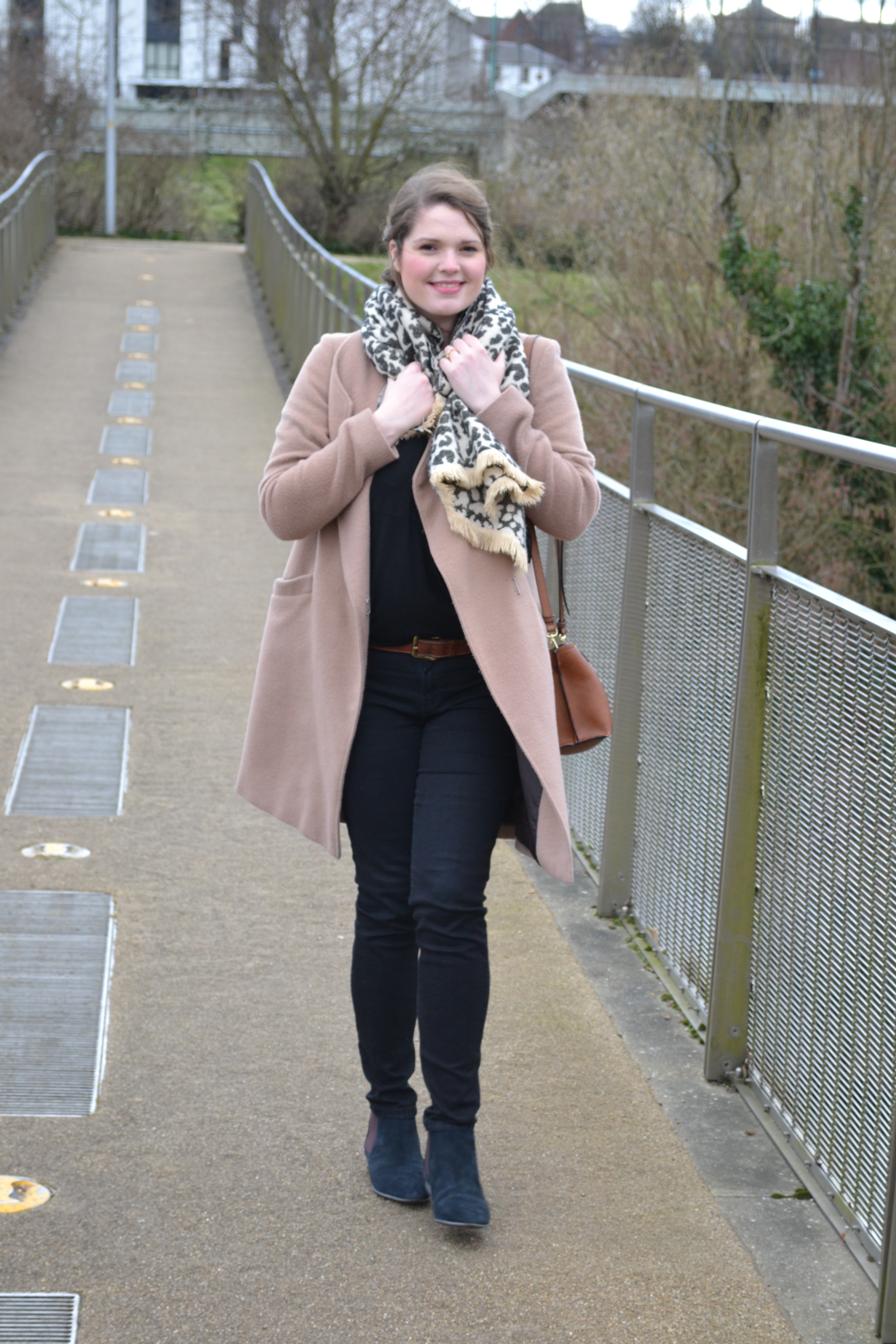 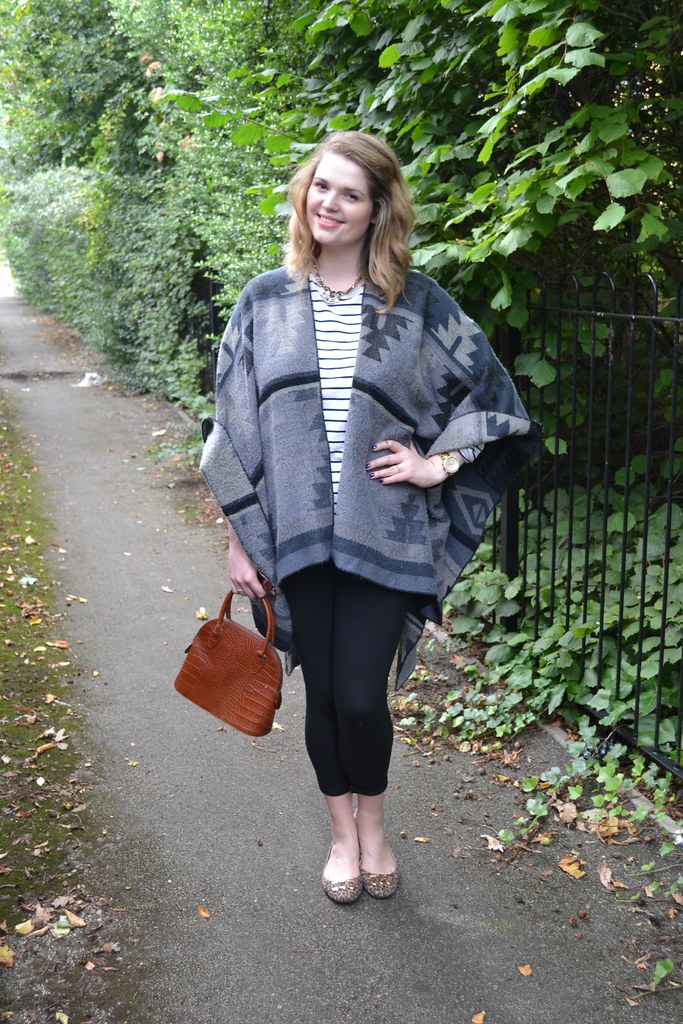 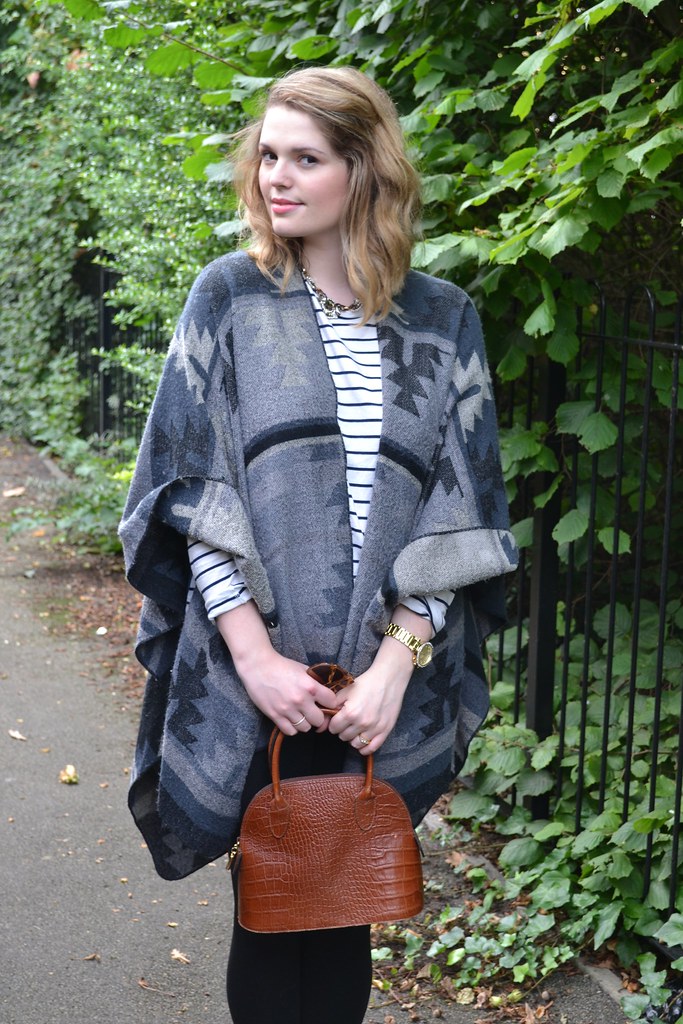 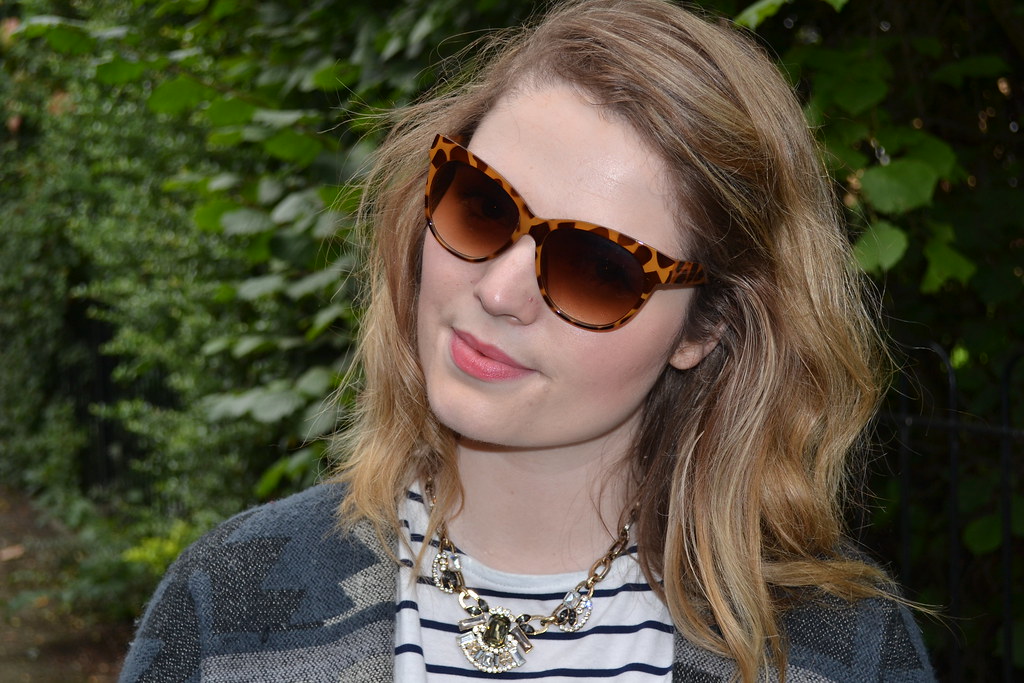 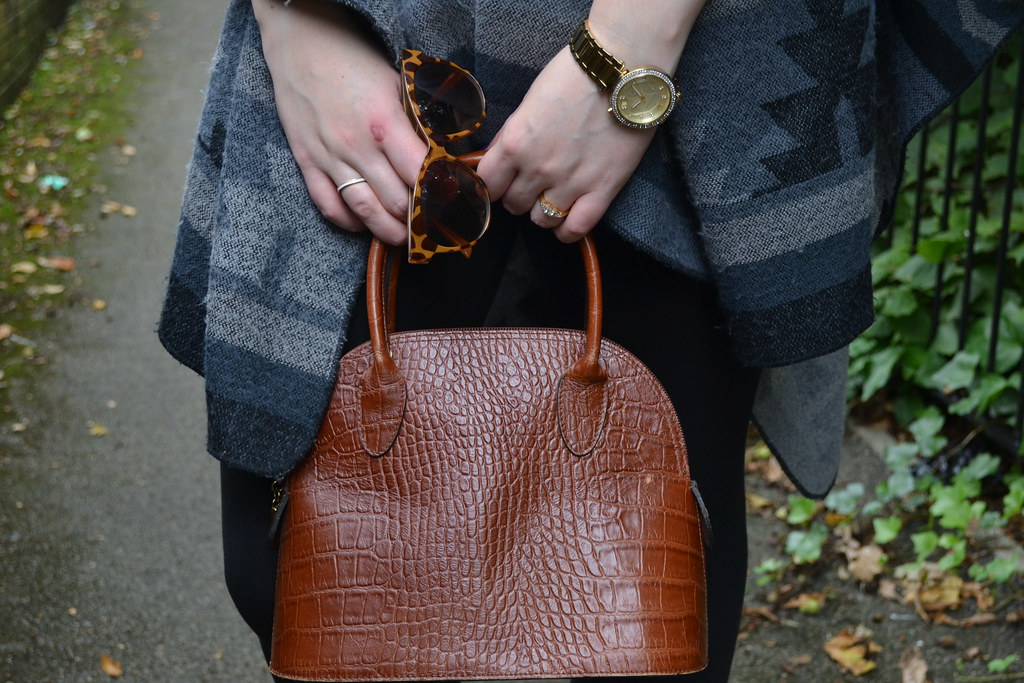 I want to make a promise to you all that I don’t actually spend my entire life dressed in leggings. Sometimes I do mix it up and wear say . . . jeans. I’ve just noticed in recent weeks that I seem to be wearing an awful lot of leggings based outfits! Don’t worry however, when I add up how often I actually wear leggings in comparison to other clothing options its actually not that bad! I just appear to always pick those outfits to share with you guys.

Originally I wore this out to the supermarket one night with Josh (its all about grand romantic gestures in our household) and then when I re wore it over the weekend I added my cute croc bag from Phoenix and the Lion and a statement necklace from Accessorize. What I love most about this outfit is its super casual and comfortable while having a little bit of glamour mixed in.

When you want to dress effortlessly I think stripes obviously have to play a part and the moment you add rolled sleeves and cropped leggings/trousers it just transforms into something that bit more than leggings and a tee shirt. More importantly I need to tell you about this top. I wore it before in my Miami Vice inspired outfit but I bought this from Primark for £5! Oh yes £5! I would convert that into dollars for you but I’ll be honest, Its Friday and I’m feeling lazy. Needless to say this was super cheap and yet its super awesome. Its striped with long sleeves and a chambray back. What gets cooler than that?

In fact I’m kinda ready for winter just to wear this tee shirt constantly but instead of wishing away fall and those left over warm days I will try and instead enjoy the weather that we currently have and the clothes that come along with that.

I’m hoping to do a post on my accessories next week if that’s something you guys are interested in? And tomorrow I have a post on my first week Capsule Wardrobe thoughts and bad shopping habits!

*you may have noticed but I am not including outerwear/coats in my forty but I am intending to keep my choices to a minimum. Currently I have my Poncho above, my camel waterfall coat and perhaps my green jacket and the faux leather sheepskin jacket) 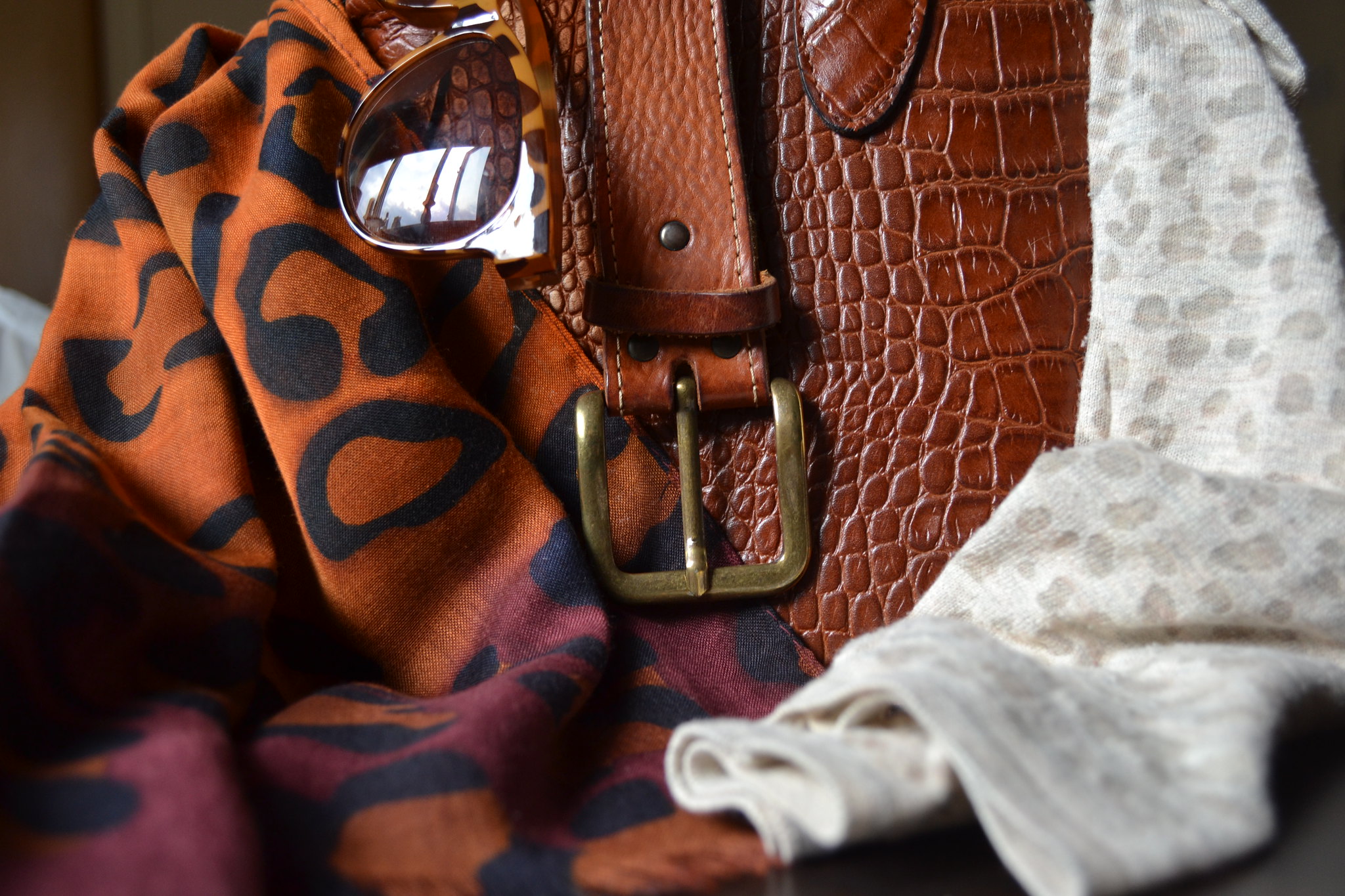 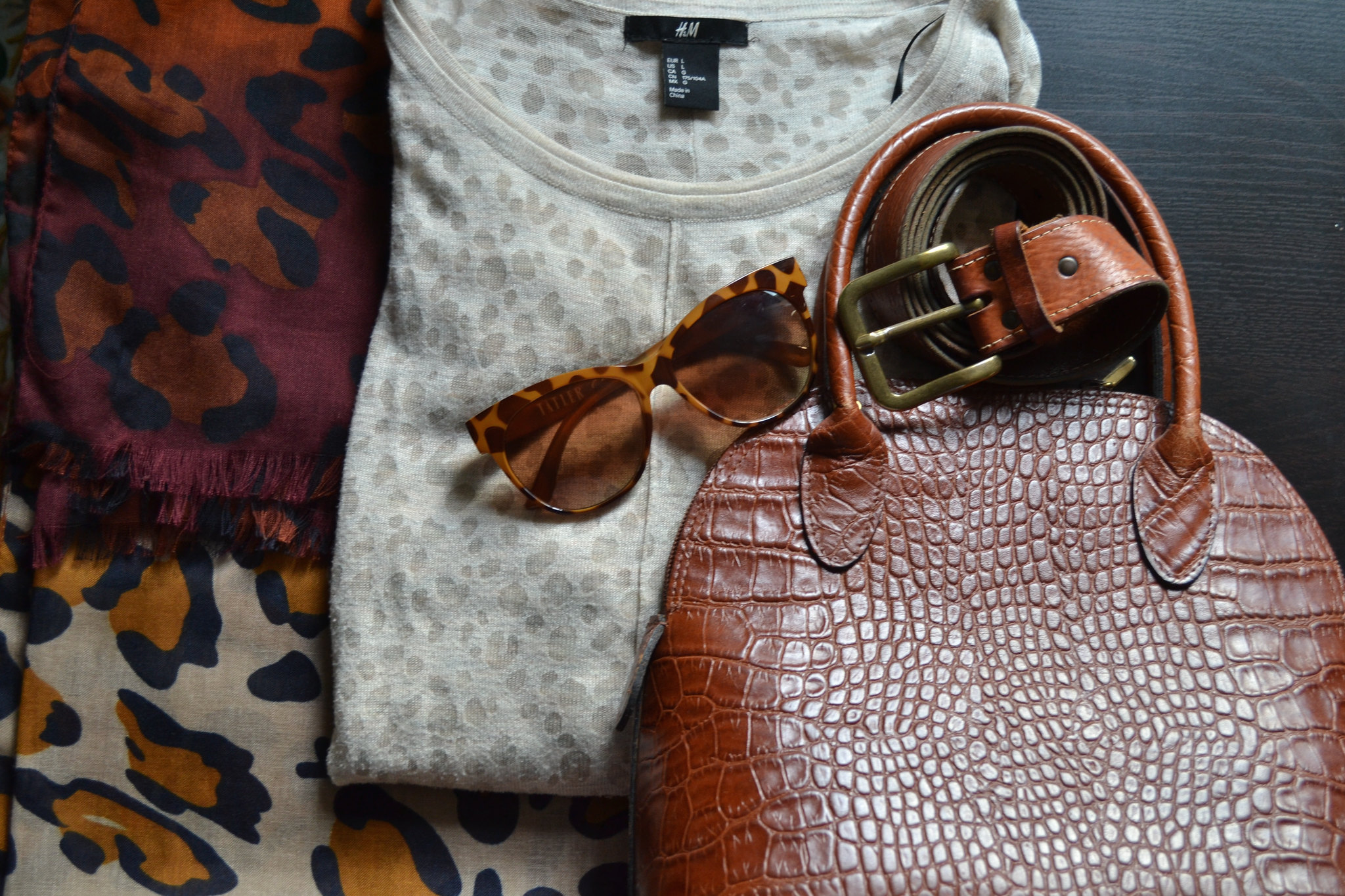 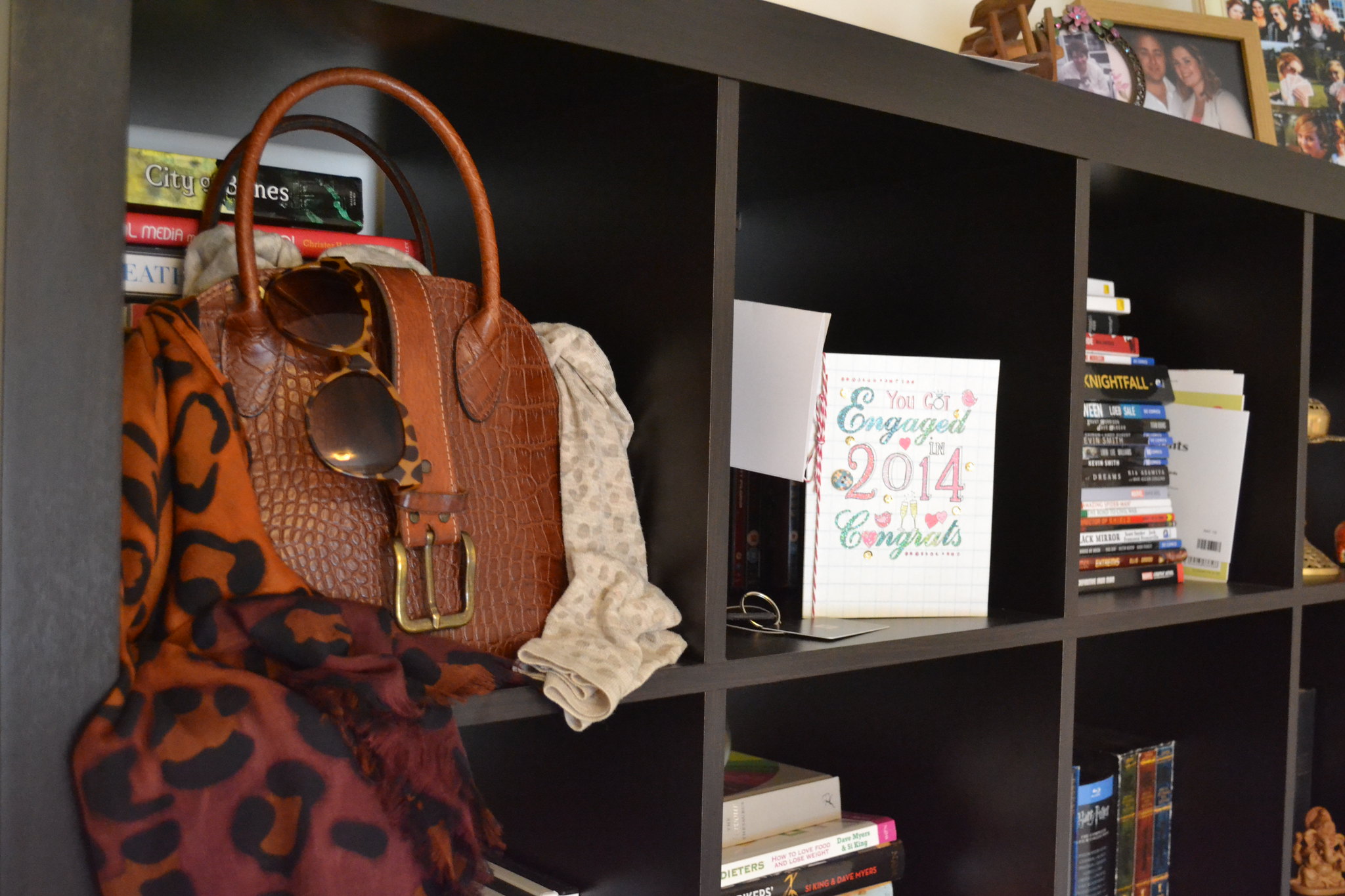 I had a couple of years off of the old Leopard print but this Autumn I see it making a firm comback in my wardrobe. Through in a little camel, white and red lips and leopard print? you’ve got me!

I need a dress. Now when I get that I need feeling I’ve started pulling out my inner mum-olog. You know the one, (and if you don’t – how do you get so lucky?) It’s that inner voice which a, rolls its eyes and says you need a new dress do you? But I finally beat her down this time to a yes I need a dress.

However that did not help me decide which one should I buy. Now, firstly why do I need a dress at all? Well you see every February the 18th is mine and Joshes anniversary. And every year we go back to where we met, London, stay the night in a posh hotel go out and eat Turkish food, get cocktails at browns and go see Greenwich on the Sunday. It’s a tradition now and if there’s a year without it I’m not sure how we would cope.

But anyway I normally buy a new outfit for the dinner (it’s only fair – especially to claim I bought it for him) So I found three I love and I know after having spoken with inner mum-olog that I probably should just save for the fancy Boden dress but then I asked Jess-olog (that’s mumolog’s worst enemy, thanks for asking.) and she was all, “but then you could buy two for the same . . . “But mum-olog told her off so I’m back at square one, which to buy?

So thoughts everyone? Is any of them a keeper?

Number one, pink! from Dorothy Perkins

Number two, Leopard Print from Next

Number three, (kinda thinking this one, but saving? the woe.) Boden Polka dots

Its not even Monday and I am making up words! But I am pretty sure that this word is a keeper however, I mean you-ey-tube it just makes it seem that much cooler right? No? Well ok then, must just be me.

Now if you follow me on Instagram you may know that this morning (my morning, UK time) That I posted the now popular hashtag #100dayshappy (thats happy, not shappy everytime I re-read this I think of Shappi Khorsandi and this just isn’t the same), yep I joined. I’m not sure how I feel about it, yes I love the concept and I photograph enough anyway but arn’t my Insta-followers gonna get sick of a picture proclaiming happiness everyday? I get the feeling that they will, and I will, so i’m gonna have a go see how it goes and all that . . .

For now however I’m up for the challenge! So whose with me?

p.s  do stay tuned cause I have been working on a little piece about India that I originally emailed my family on christmas day!