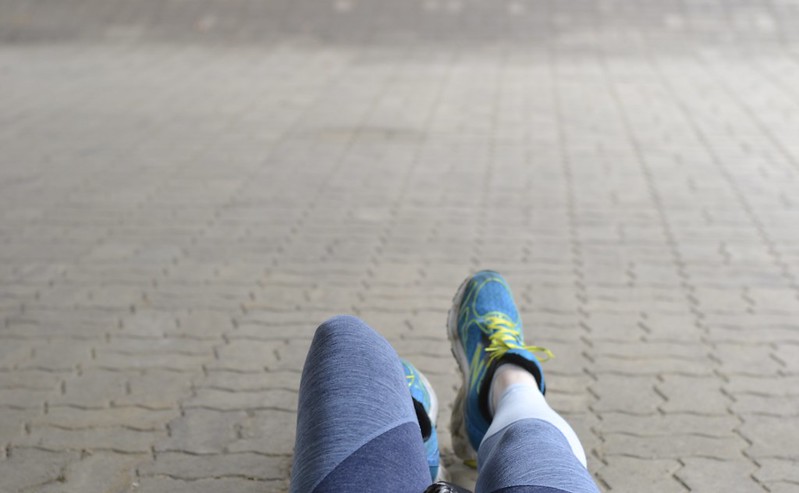 “Well I’m excited to wear my new leggings….Even though I just took the tags off and they are grey… sweat patches be damned.”

(A thought from one of my first sessions…)

My decided meaning for the Nike slogan, “just do it” occurred to me on a very busy Saturday in Oxford Circus, London.

Having gotten over my initial – “I do not belong in a sport-shop, period.” fears, I had just asked the kind salesman in Nike for a pair of men’s, *gasp* vomero 12’s in their bright blue and I was feeling unnaturally chipper and upbeat.

The thing is, I’ve been doing a lot of conquering of my fitness fears of late.

Breaking free from the 11 year old, secondary school fear of exercise god, at 26 I had finally started beating away the, too big for exercise demons I seem to have picked up somewhere along the line of mandatory leotard wearing at age 14. And now, finally 15 years later I have finally started understanding the Monika, “just do it”.

The fact that the unfit don’t just get struck down by giant chocolate lightening bolts the moment we enter the gym is a god send and although I have to wear men’s trainers, there are somehow running shoes for six foot tall, accident prone women who apparently have a thing for neon blue.

Need to ask the all too attractive men in Nike about trainers for post- stress fractures and broken ankles then just do it! Own it! And one day soon you might feel even braver!

I realise I’ve just played into a simple marketing slogan but at this point I don’t care. I’m a gym-adrenaline junkie and I know it. I want to lift weights like the scary men in the free weights section, get arms and abs like The Bella Twins and you know how that’s gonna happen?

Because I’m just gonna do it.

*have you got gym/workout fears, or just starting a new workout? Let me know below I want to hear all about your exercising adventures! (& Cheerlead too because I’m going all out!)