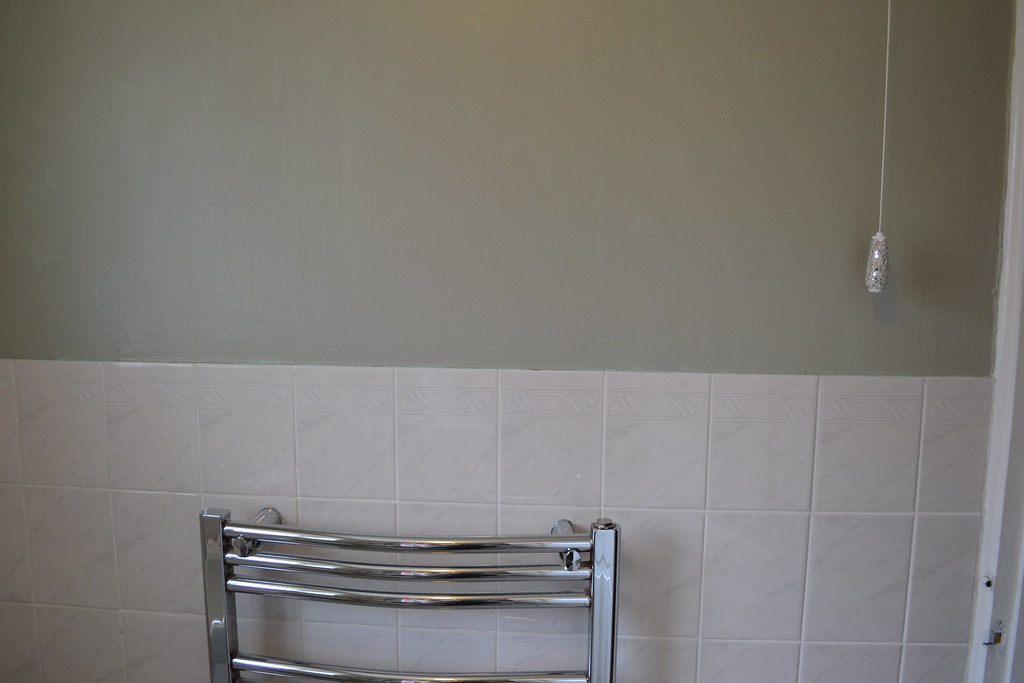 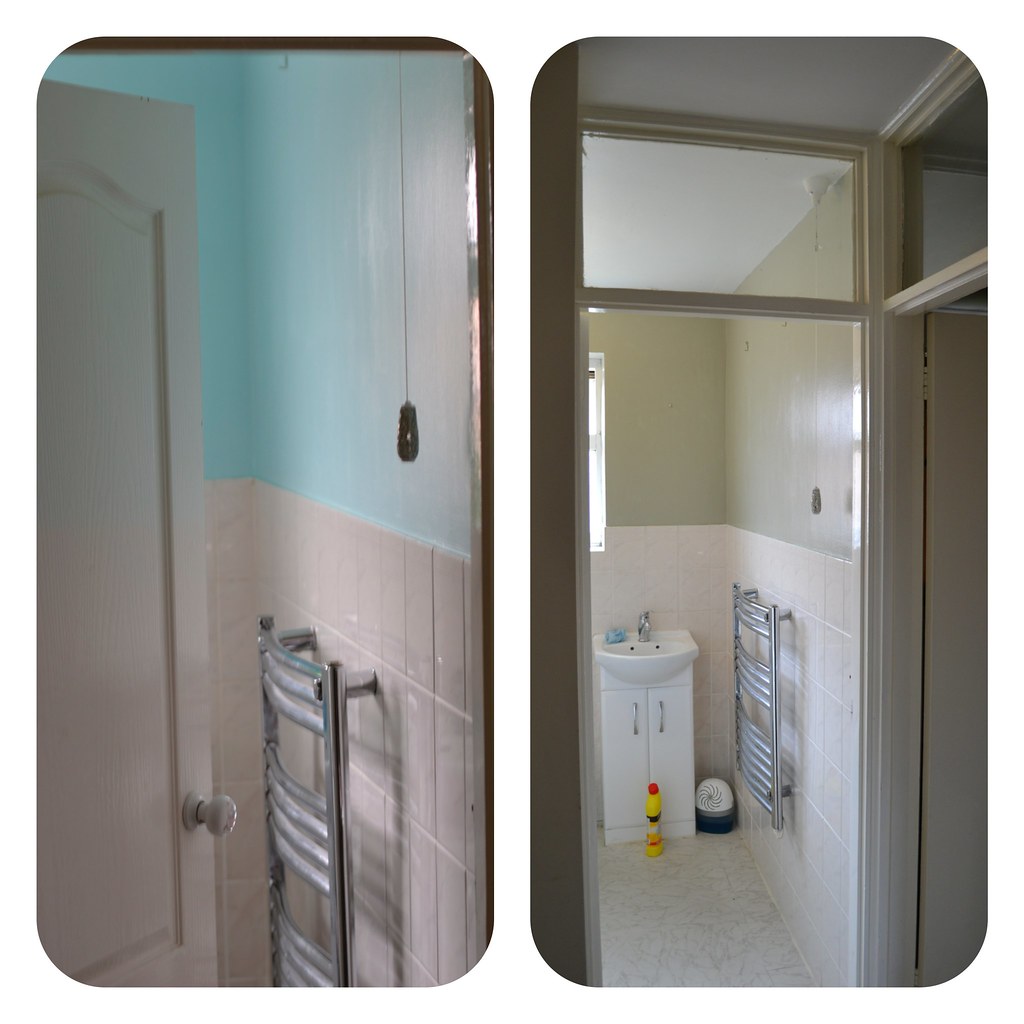 A small change in your house can make a massive difference. When we had the flat we would yearly change the layout of our living room/dinner. It instantly refreshed the rooms feeling leaving us with an almost new space!

As I’ve probably discussed a hundred times before our house needs a little fixing and in the bathroom and kitchen that means a full on overhaul. Of course, not everything can be accomplished in the first few months. Instead it takes saving and a little patience and also living in your home first before you can start making solid, large changes.

Thankfully we have found small ways to change our space and try things out before committing to any larger purchases.

This time we played around with paint to transform our space. A big tip from us to you is we used Farrow and Ball’s beautiful French Grey but we re created it by using Dulux’s Mixlab.

Now we have used the full on Farrow and Ball before and loved it! Our space room used Cornforth white and Charleston Grey. Now if you have the cash these are so needed! They paint beautifully, the colours are amazing and neutral without being boring and better yet they apply perfectly to the walls.

Now in this case we went to Mixlab, we had decided to paint both our bathroom and kitchen and because of this we needed a better than bogstandard wall paint. We needed endurance. Thankfully bathroom and kitchen paints are specially designed to be harder wearing and protect your wall and plaster underneath from water damage. The problem then with this is that the price goes up.

If you couldn’t tell from my lack of blog posts nowadays we are also planning a wedding so funds are tight. This was the one way we could lower the cost nice and easy. The paint we ended up was slightly harder to apply but the colour was perfect and in both areas instantly changed the rooms! 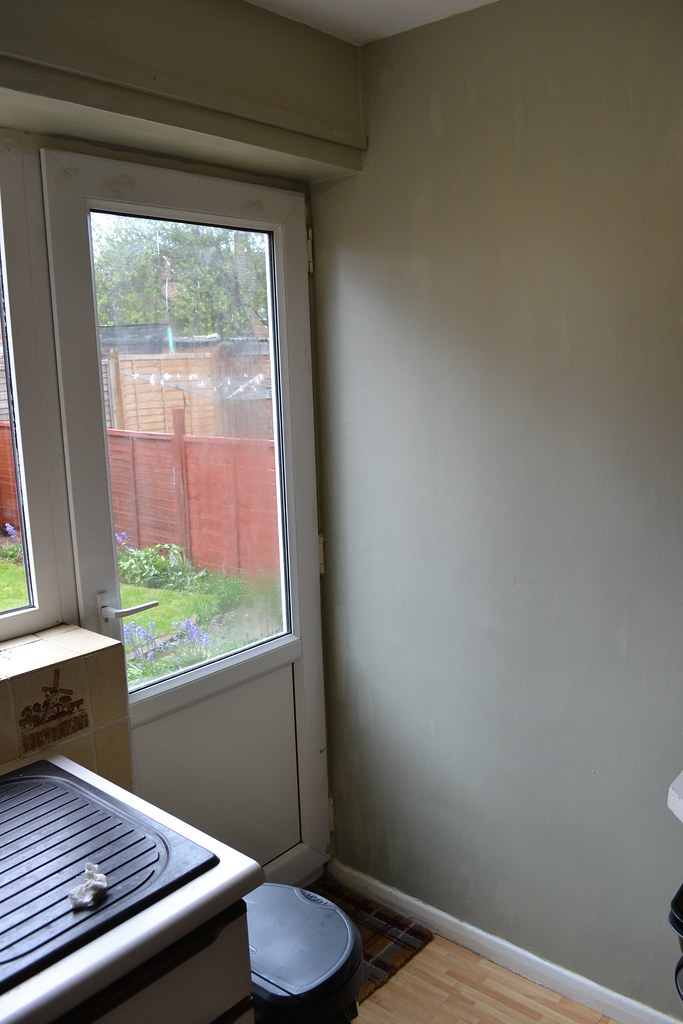 (The lines you can see here are just wet paint)

The blue previously in our bathroom was a horror. I picked it thinking it was bright, airy and would feel beachy! I also thought, anything is better than magnolia and beach orange. Oh, how wrong could I have been! Suddenly the moment I was looking at the blue I could also see the tiles I thought were just grey have a pink undertone. The bathroom ended up feeling messy and uncoordinated for months until…

Along came green, honestly, on a spur of the moment I suddenly looked at our farrow and ball swatch and realised this would pair great with grey and pink.. it has all the right tones in it! As I bought it into the kitchen I also realised that it too would work well with the dark yellow Kent life tiles we have in our kitchen.Now rather than one room being overhauled there were two!

Ultimately the green has worked really well in both rooms and has made the kitchen feel more inviting and the bathroom a little less uncoordinated which in the grand scheme of that bathroom is quite the mission to accomplish!

The key as always is to find the right tone for your house. In a lot of cases simple colours like white work in most spaces but sometimes simple and expected is boring or doesn’t add that homely feel to your house the way you wanted. I’m personally a huge fan of the warmer colours in our house. At first (like in the bedroom) we chose white and blue and although I love it now that I see warmer colours in the space its like the house is truly coming together!