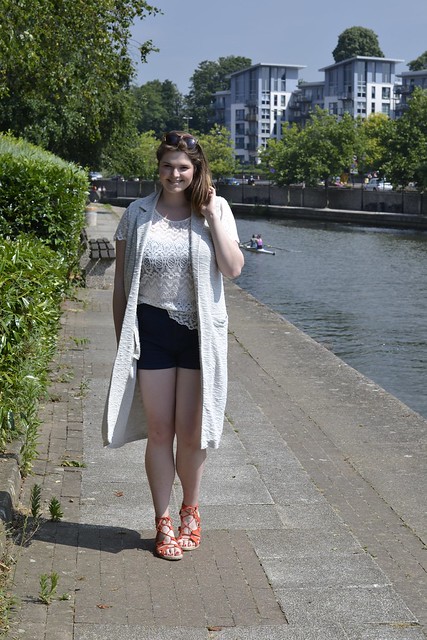 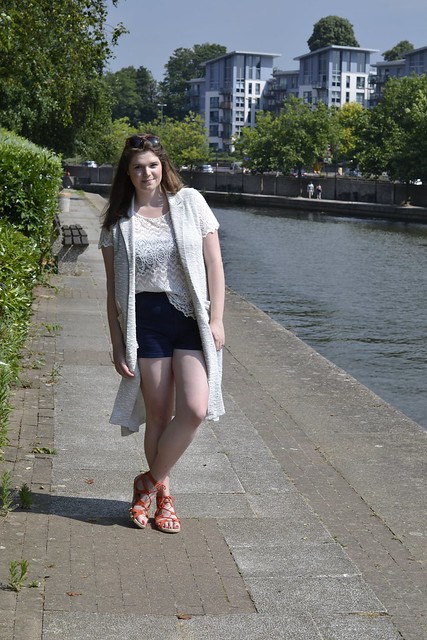 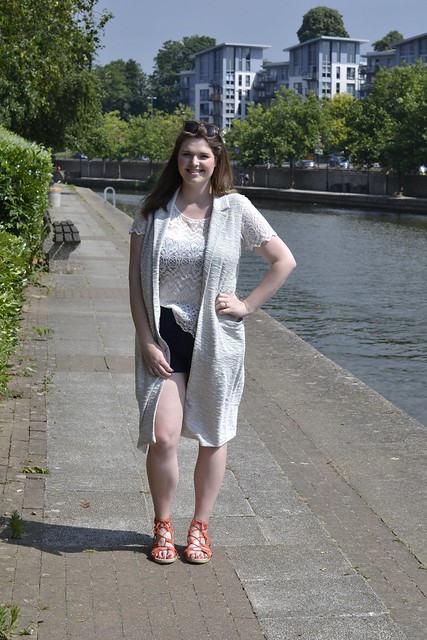 I have a theory about being tall and wearing shorts and short skirts and thats this, we look more indecent.

It sounds insane and frankly a little ludicrous but if we wore the same length skirt as a shorter girl (and I mean relative so it would end the same distance from the knee on both) gathered the general public and asked for their opinion I am pretty sure that they would say that the tall girls skirt was shorter.

Its all relativity in all honesty that because my legs are longer my shorts look shorter, but it certainly doesn’t help a girls self esteem! On the upside when its as hot as it was when we took these photos (at half nine in the morning) then a girl is likely to wear what ever to insure she doesn’t end up a puddle by the end of the day!

Also whilst taking these photos we had a group of guys who sleep by the river in tents throw stones and sentiments like, “hey poser!” Oh, how little did they know about blogging that I would not be deterred! Jeers and all.

So, I was originally going to do a post on Instagram but WordPress threw a paddy. i threw one back and it took us a couple of hours to forgive one another, therefore here you have it. Me from a date night over the summer.

On this day Maidstone was throwing its yearly river festival which means I somehow successfully had my photo taken with a tonne of people on boats watching me, wasn’t I lucky? But it must show my years blogging stripes as it didn’t phase me.

What did phase me however, was this morning we were taking photos for later in the week and no joke this guy saw us walked over and then proceeded to stare me in the eyes for ages. It was creepy but did it stop me? no.

However, the photos later in the week? they might have been compromised *apologies for my petrified expressions*.

I’d show you the whole outfit but you might disown me. Im wearing a right strange mix of double denim, cropped bf jeans and cowboy ankle boots not really sure what to call them tbh.

However, that being said. I quite like it! I’ve wanted to experiment with double denim for a while and I’ve been looking forward to wearing my new necklace with a collared shirt so I’ve really gotten the best of both worlds!