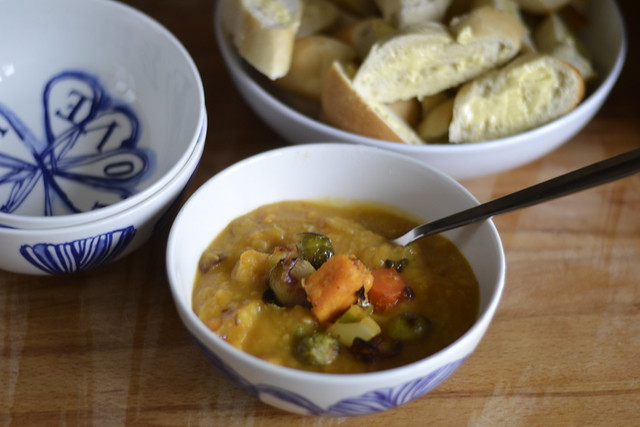 The key to good eating is simple. In that for the most part it should be just that, simple. A soup seems like a lot of moving parts to make it from scratch but in essence what your doing is simple it just takes time.

The ingredients I used are perfect for a winter warmer this winter and for using left over vegetable from Christmas and New Years.

The following amounts made three good sized servings. Everything was initially roughly chopped into cubes.

You want to divide your produce into two separate piles to start, you want everything bar the red onion, garlic and brussels cut into cubes and chucked into a pan of boiling water to wait until they are softer. 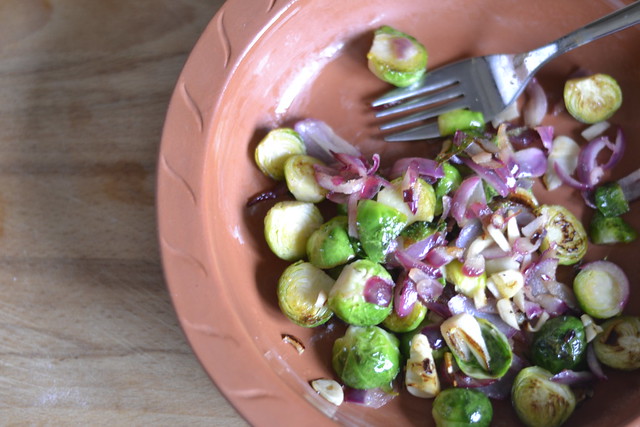 In the meantime fry your onion and garlic with a nob of butter in a frying pan, as the onion softens throw in the brussels! Now apparently the only way to cook brussels is to fry them or roast them, boil them and you have some very gross vegetables on your hands. Now I don’t mind them boiled but quickly fried with garlic and wham, perfection. Once they are fried (Five minutes each side until golden fried) throw them into your roasting tin and await your other vegetables! 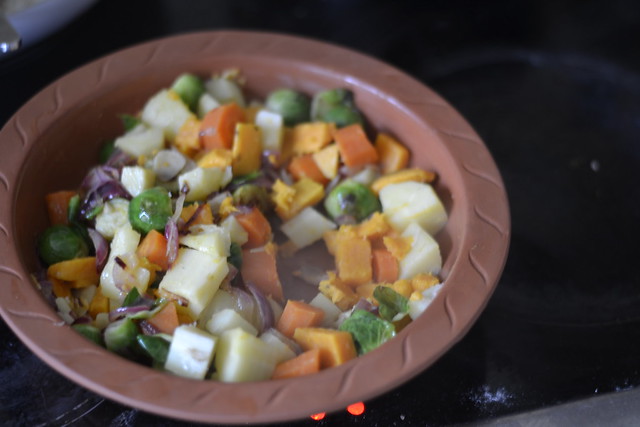 Once softened distribute three quarters of the veg into your roasting tin. We used rapeseed oil because we have an issue with Olive, but most would use Olive then throw all of that into the oven! Later in the process I also added a drizzle of honey, I probably shuffled the vegetable roasting around three to four times before adding this to finalise the vegetables.

Leaving the other quarter to boil I added, vegetable stock, nut meg and some celery. Using a blender I blended this as smooth as possible, made easy by lots of water! This doesn’t have any milk or lactose in this recipe but you could add some creme fresh to make it more decadent.

Once this is done I left the soup on a low heat until the rest of the vegetables are ready. dividing them again a quarter is left as whole, roasted cubes and the rest is blended in with the original mixture.

To serve simply decant the soup into bowls, piling the unblended vegetables into a pile on the top of the soup with some fresh, toasty bread you have the ideal meal for a cold winters day either at lunch like we did or as a tasty dinner! 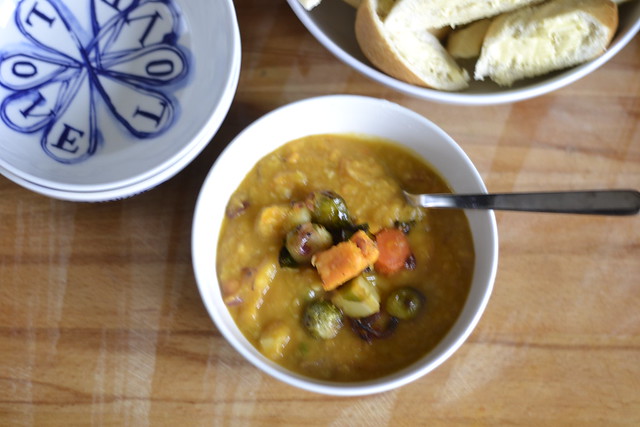