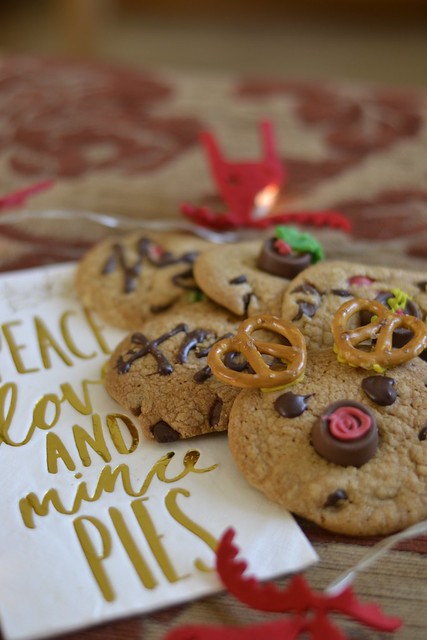 I try not to make Pinterest bakes but sometimes the season calls for a little cheesy goodness, or in this case, chocolately goodness in the form of Christmas cookies.

This adventure all began from a vlogger who I am slightly loathed to share because she’s so down to earth and untouched by ‘vlogger fame’ and just plain wonderful that I don’t particularly want to spoil it and yet at the same time, I think she’s amazing so here goes, Rhiannon Ashlee Vlogs alerted me to the christmas pudding cookies and I knew from that instance that I just had to make some myself! 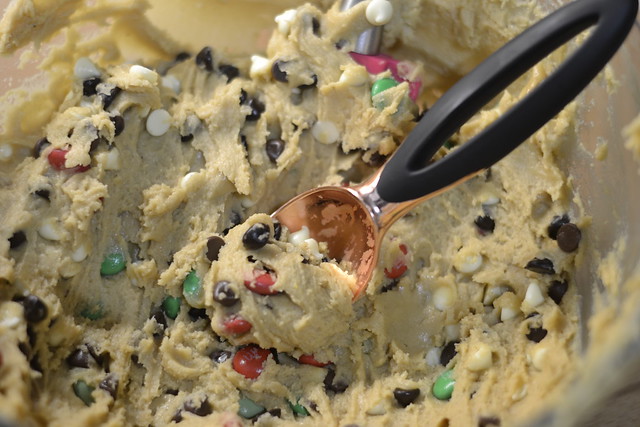 Knowing the bakes that I like, I knew instantly that I wanted to make a christmas pudding cookies. To do that I wanted to use a tried and true Nigella Recipe! The only issue I hit was that it said it made 14 cookies and I was making mine for at least ten people so figured I would simply double the recipe. What should have been 28 cookies, made 64 so as you could imagine just one style was not enough, so instead I went full on Pinterest. 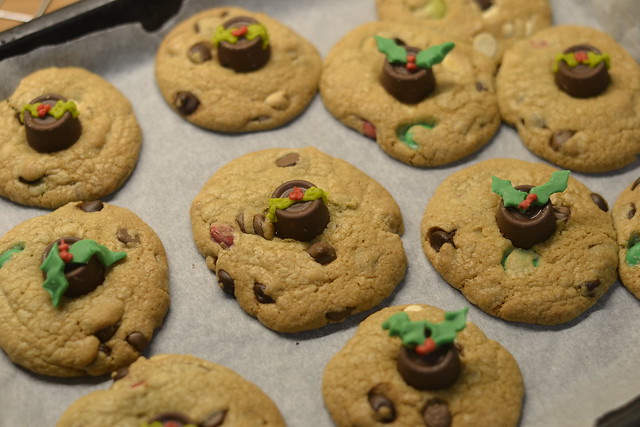 Firstly I created two types of christmas puddings. One with Royal icing leaves and one with piped icing straight onto the Rolo (pushed into the centre whilst the cookies are still hot to create an xmas pudding) then I wrote on some of the plain chocolate chip and M&M cookies first with peoples names and second with ‘merry’ and ‘Xmas’. Then of course I made Reindeers… 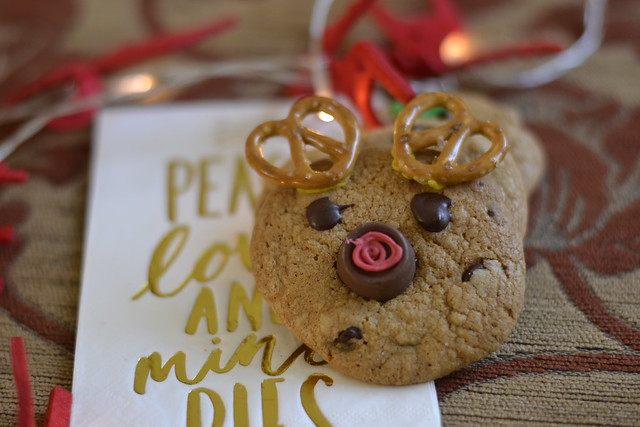 Things I’ve learnt about myself during this experience? When doubling the recipe to include 600grams of flour, know that you probably won’t just make 28 cookies.

Two packs of 365grams of chocolate drops is at least four packs of m&ms. Speaking of M&M’s, taking out just two colours makes the rest of the bag look strange and with that in mind, it made me realise I never want to be responsible for fulfilling celebrities riders, you only want red and green M&M’s? its called, you work it out.

My work counter is too short for spending ages decorating things and surprisingly I am pretty patient when dealing with three trays in and out of the oven.

Making cookies is not as messy as marmalade. Although creating holly leaves out of Royal Icing was a nightmare. 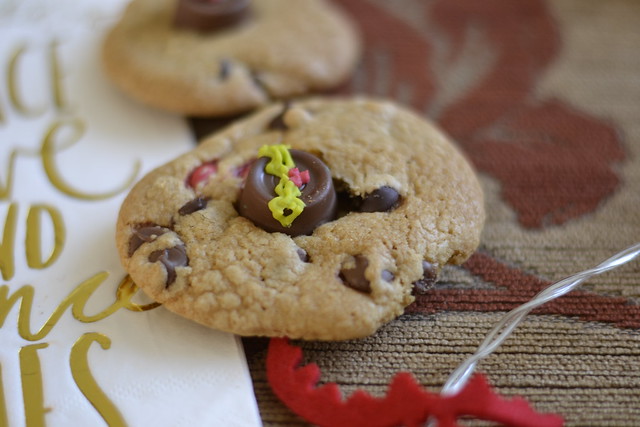 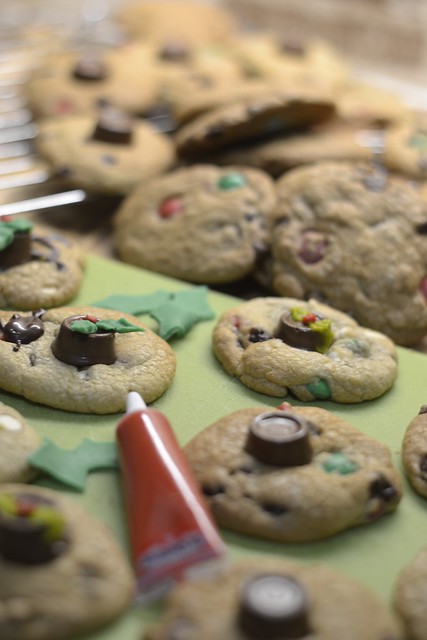 You’ll be glad to know the cookies went down a treat so I can definitely attest to Nigellas recipe being amazing even if it makes a regular baker like me and you into a full scale operation. Honestly if we had a serving hatch in our kitchen I would have set up a shop. Don’t ask me about how I would get customers into our house at half one in the morning, because yes I was making royal icing holly leaves well into the next morning, but it was worth it. Right?

If anything this is why we don’t use Pinterest. It makes you make weird things into the morning and creating front room bakeries.