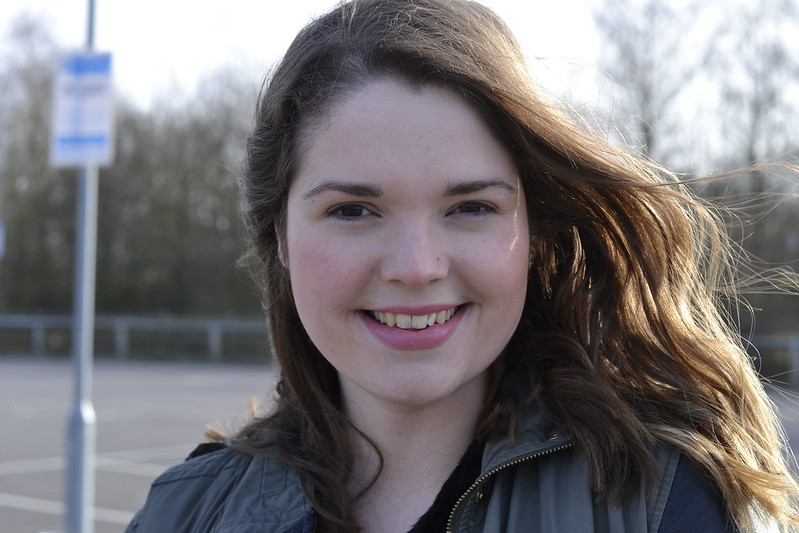 “Somewhere along the line I became convinced that if I was wearing makeup then that decreed that I must wear foundation. I felt oddly naked without it and the thought of going to work in anything less felt ludicrous. So I gave myself my marching orders, no more foundation for a while, there has to be another way. . .”

When I started wearing makeup, it was an awkward time. White eye shadow reigned supreme and foundation was all about ‘glowing’. However, with the technology at the time only going so far they instead, filled foundation with glitter making you look like the real life Edward Cullen on sunny days.

On the whole however, I wore translucent powder and eyeliner. It was a simple time, and a better time for just getting out of the door. My skin wasn’t too bad either.

Now I’m wearing concealer, mascara and my normal blusher, having done away with my normal foundation routine. Josh tells me I look glowier and that my uber dry skin is less noticeable. All a great response for only the first week.

The problem always starts at this time of year. The weather is horrid, its cold and there is far too much central heating in our homes, transport and offices and it plays havoc with our skin. For me that means eczema on my legs and my face becomes a flaky mess that refuses to be moisturised by even full strength moisturisers. Worst still I use the same, semi drying foundation that I used with full on, raging PCOS oily skin which is no longer my skin type and so my skin has been suffering.

My decision to stop using foundation was a tough one since a small voice still tells me that I have bad skin. See, if you have PCOS you can suffer with the worst adult acne. At its worst my chin looked like a map of hills and mountains and hurt so bad I wanted to stop talking. A couple of years down the line trying out medication and reading about diets for PCOS and my skin is no longer such a mess that I really even need that much coverage! With this my amazing work colleague and Friend Z suggested only wearing concealer during the week.

At first I was petrified, sharing my actual skin? Would I look patchy? Would you see that I’ve had terrible acne before? I was nervous and I felt ridiculous and I wanted to know, why? I don’t wear foundation at home! In fact most recently when I had to work from home due to bad train conditions the first thing I did coming in was take it all off. Why can I let the whole of kent see me sans-foundation so why do I feel so differently anywhere else?

Its funny especially when you think that, most popular make up is made to make you look naturally your best so why do we cover our skins in thick liquids created to disguise? I am trying to be braver now, only wearing concealer the bulk of the time, even though I am considering buying Yves Saint Laurent’s, Le Teint touche Eclat foundation for those days when I need something extra … It feels strangely liberating yet petrifying. Like revealing a part of myself previously hidden, clearly my skin defines me more than I’d like to think.

Heres to bare skinned bravery however. Just think of that extra time spent sleeping or chilling in the morning and putting on sun screen and not worrying that my foundation on top will slip straight off! Natural beauty all round,

Anyone else up for a week of no foundation?