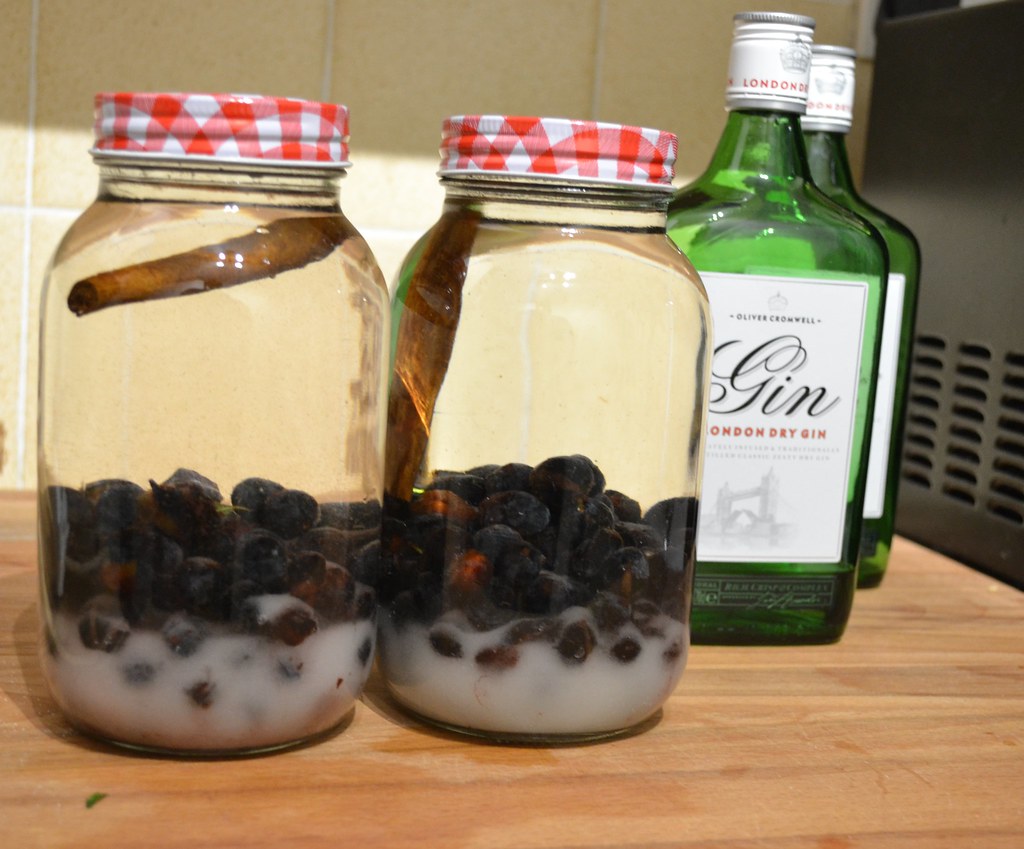 For something called Sloe, Sloe Gin is ridiculously quick and simple to make. My mum made sloe gin what feels like many years ago but it wasn’t until early this fall that we considered making it ourselves.

Thankfully nearby Josh’s mum and grandma are several bushes filled with sloes which Josh’s mum very nicely picked for us last week. So of course the weekend meant making Sloe Gin was a must.

So as you can see making sloe gin takes so few ingredients it’s insane and the rest is pretty simple to boot!

Firstly weigh out your sloes! We halved the recipe so we used 225g of sloes per jar which are then pricked (to release the juices) then decant the sloes into your jar and add 1 cinnamon stick and 150g of sugar.

The last thing is to add the alcohol, the Gin. Per jar we used roughly 700ml of Gin.

Once you’ve added all the ingredients you want to make sure that a, your jar is secure and secondly that you’ve got a firm grip and the cap on because the last stop is a lot of shaking!

This is so you mix the ingredients and bash those sloes a little to release the incredible juices! So what’s the next step? Well to make sloe gin you also need time. Ideally you want to leave it for several months whilst shaking it occasionally to dislodge those berries again! Once you’ve let it sit for several months you have to sieve out those berries and the cinnamon and decant the gin sloe gin into your chosen container where its ready to drink! Huzzah! So its key to get it done now so you can enjoy it as the festivities for Christmas begin!!! 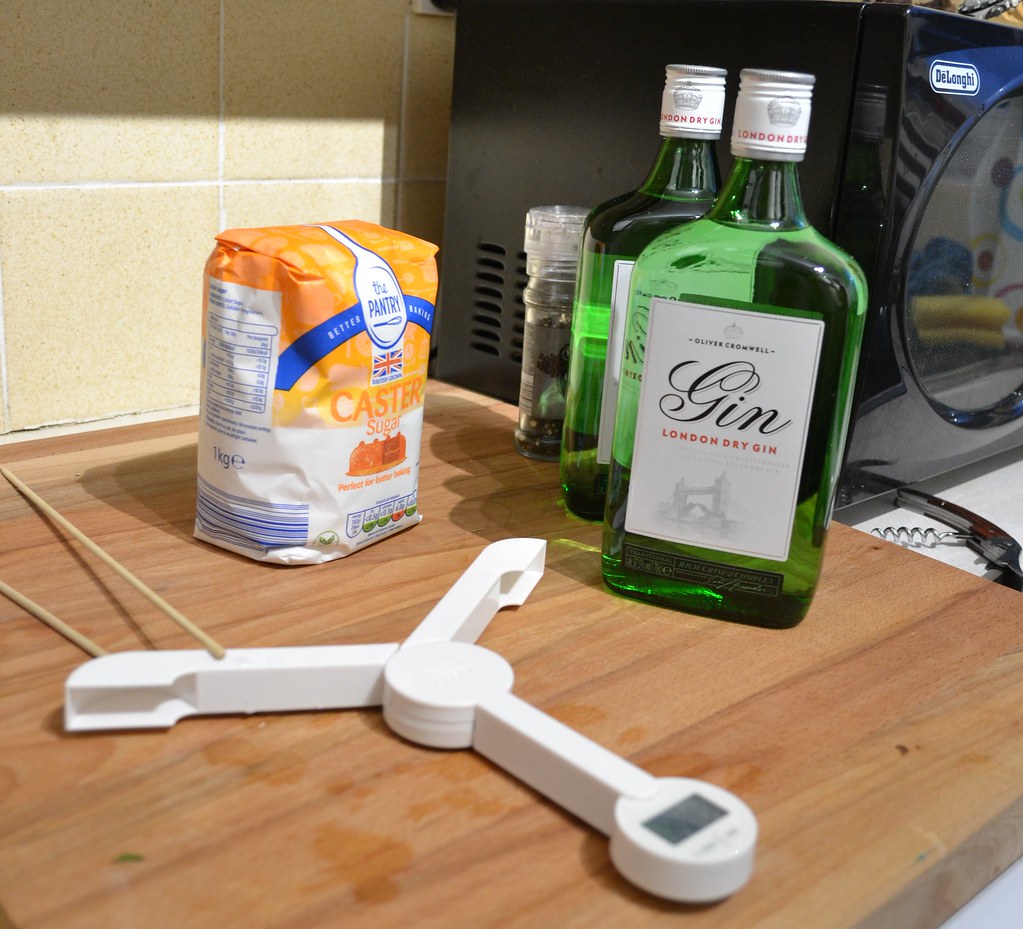 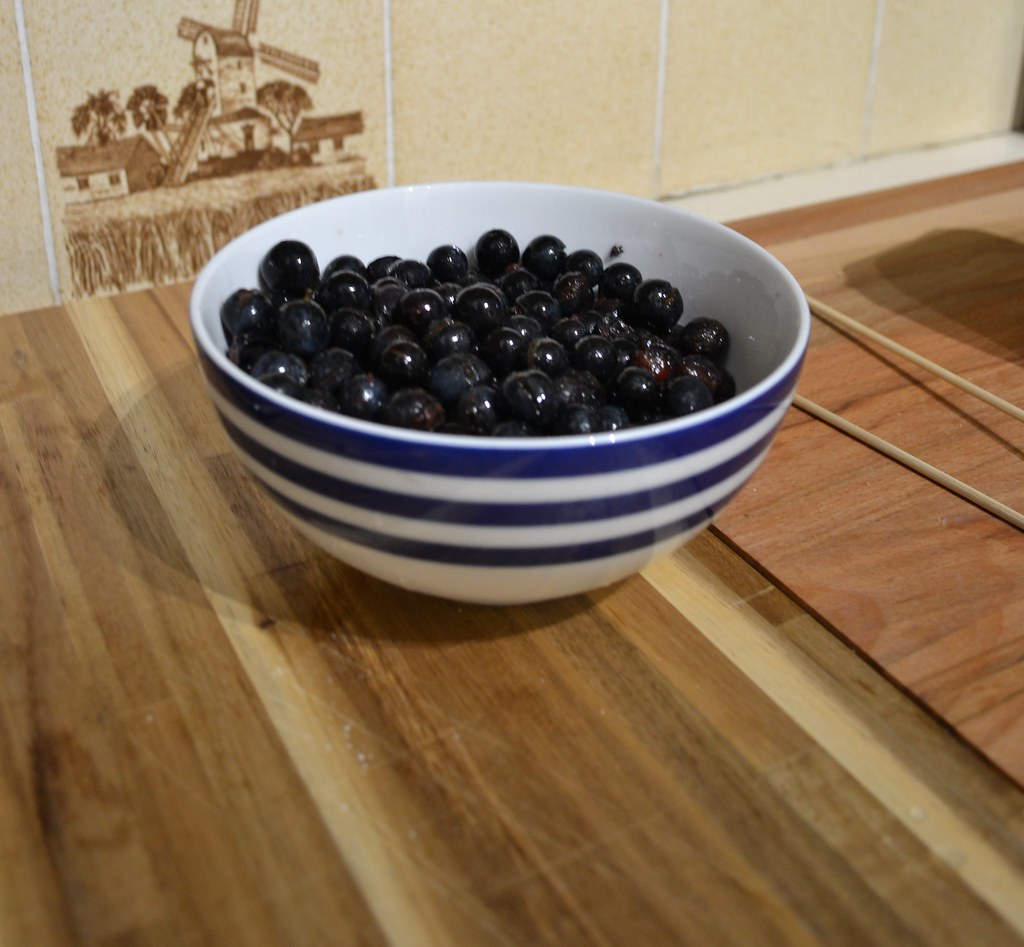 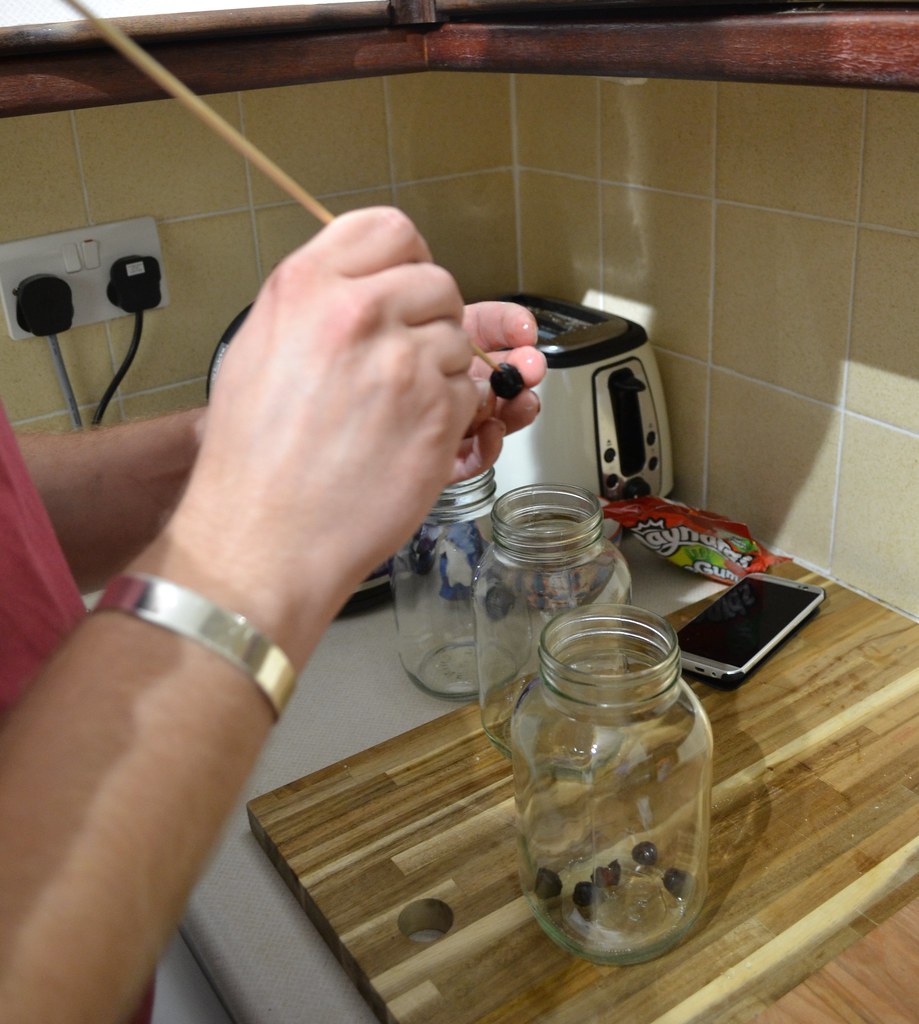 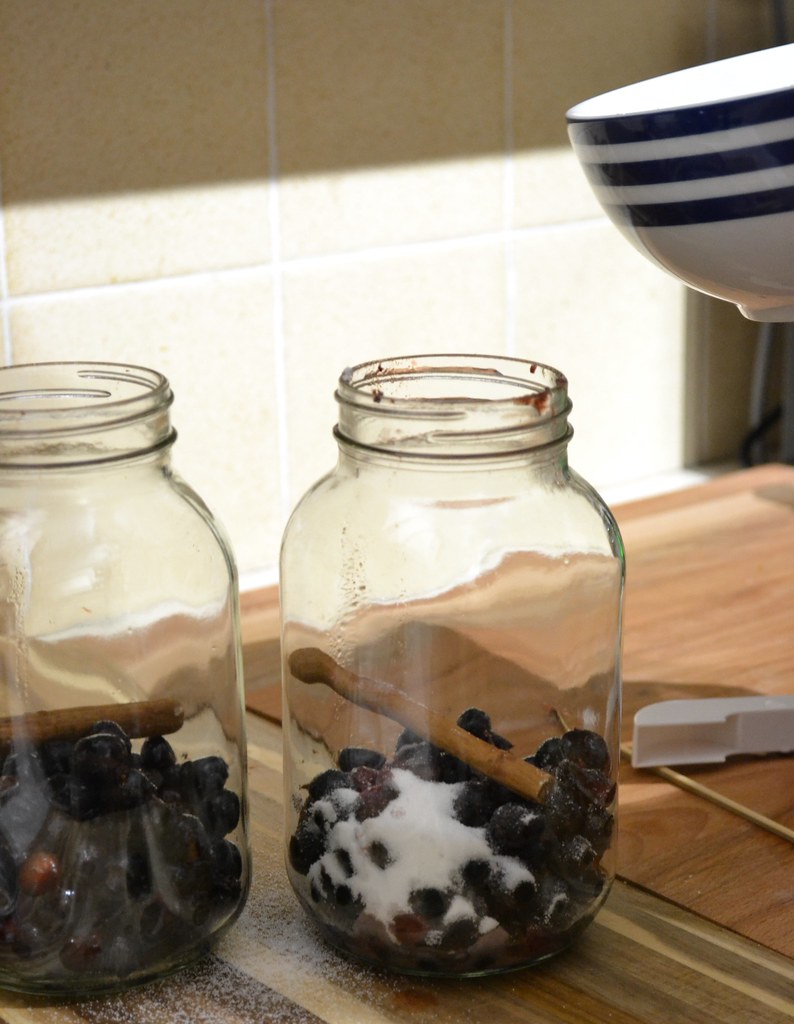 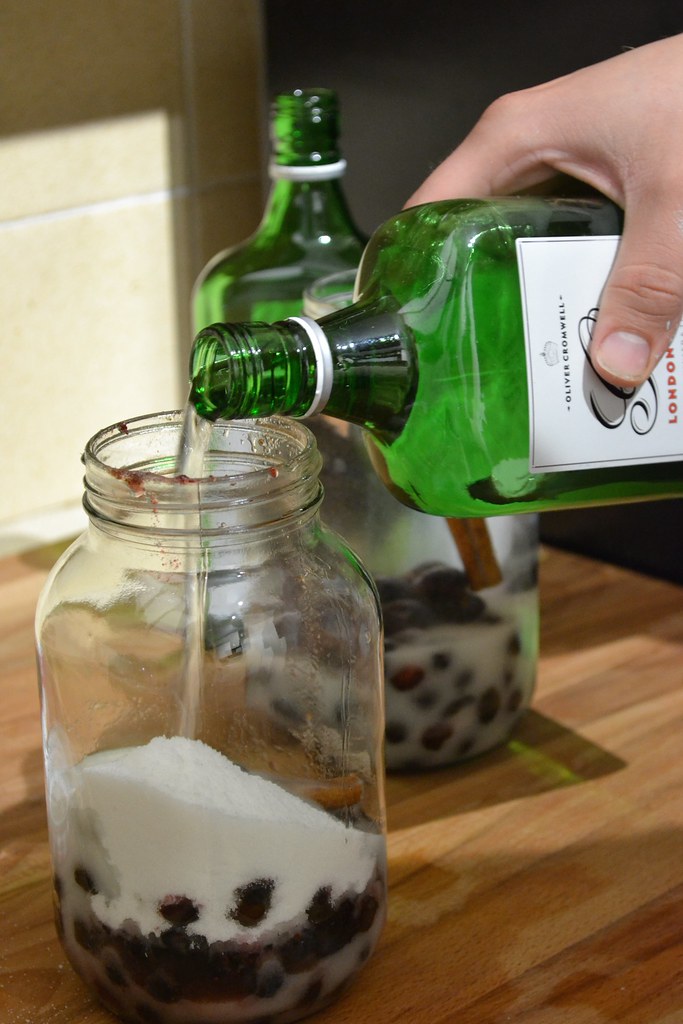 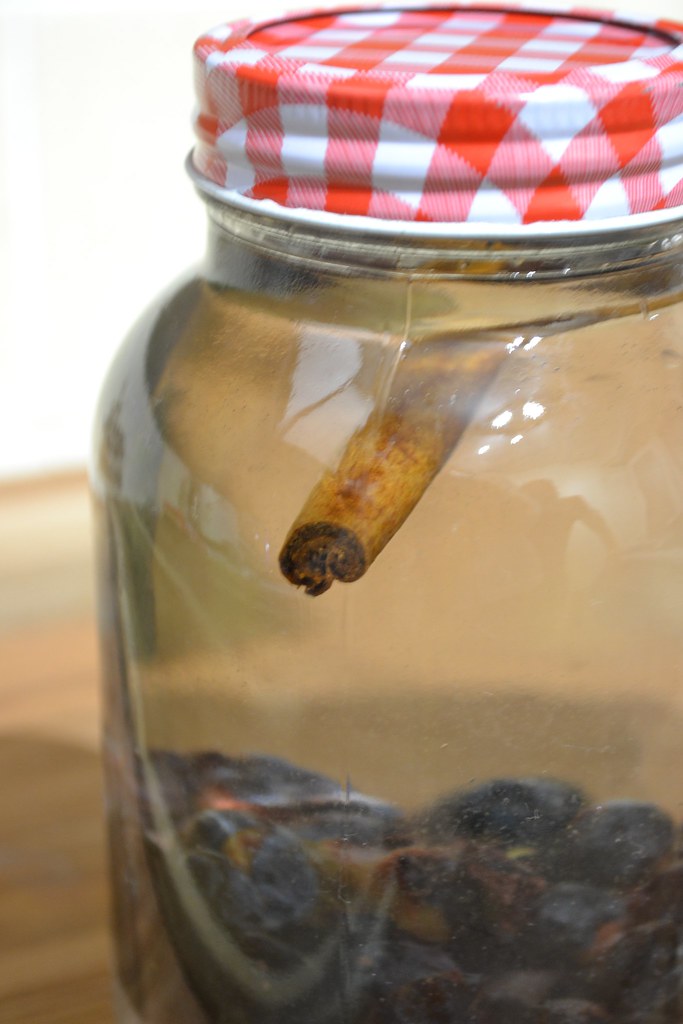