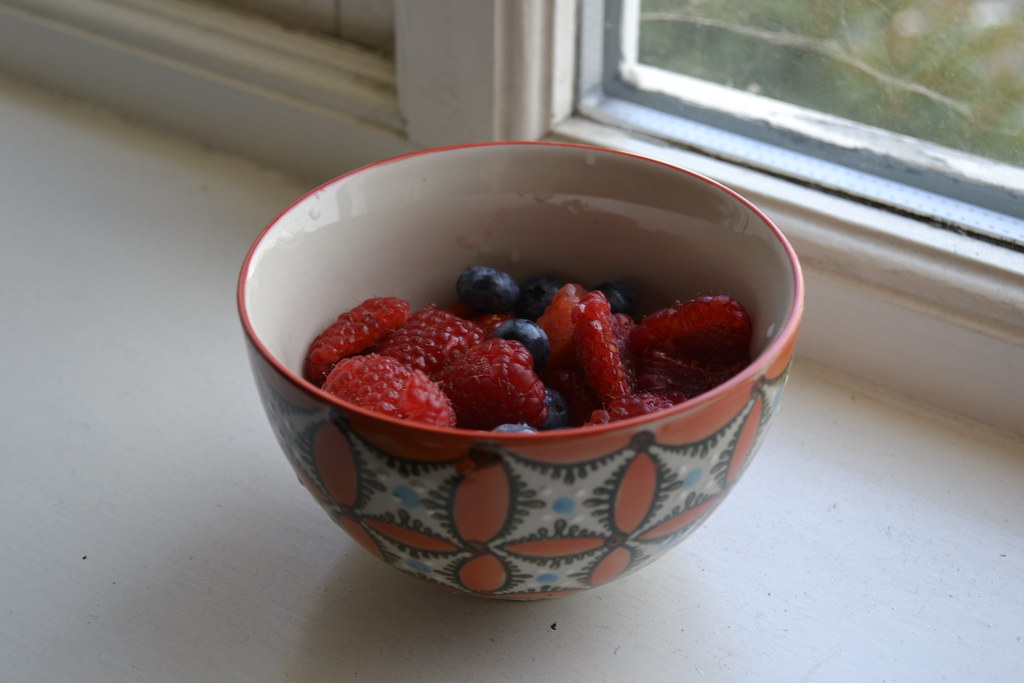 It is now officially a year until our wedding. Cue screams you for excitement and me in horror since I feel seriously un prepared but then again maybe I’m just doing the old school wait till the night before to get everything done but lets hope not!

Anyway because of this we realised we really needed to get ourselves back onto the health and fitness track which since we were moving had gone completely out of the window!

So its clearly not enough to just join the gym (apparently you have to go to? Horror.) but we also wanted to overhaul our diets as well! So as you might not know I love myself a snack and in particular I have a hugely sweet tooth. Now if there is one thing that can derail a diet it’s a sweet tooth!

Now, I had completely forgotten this trick which I believe I stole from my grandparents and that is to use a small spoon. Who would have thought that something could be so simple but which works really well and even worked after photographing this fruit bowl! 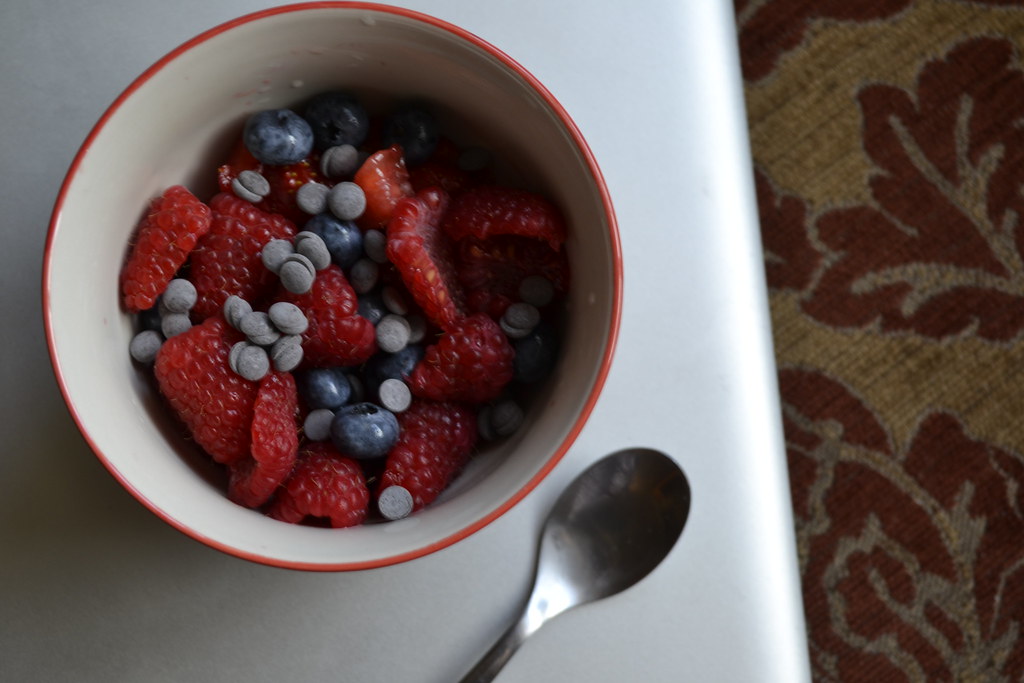 What I love to do and what I have done above is take a smaller portion of fruit than normal. I choose four medium strawberries, six (slightly large) raspberries and a handful of blueberries and for the naughty bit a tiny amount of chocolate drops. The next thing to do to make your snack or in my case breakfast to go further is to cut any big fruit down! So each strawberry I managed to cut down into about four to five pieces which meant that four became twenty! And cut my raspberries in half! So you have immediately made your snack double in size! Then put them into a small bowl and there you have it a snack twice the size of what it actually is! Then of course I had to add a couple of chocolate drops since it was the weekend after all!

You’ve already made your snack look bigger than it is but to add to that then make your spoon as small as possible! Why does this work? Because you can’t fit as much on one spoon it takes you longer to eat. If there is one thing you are doing wrong when eating it is this, you don’t pay enough attention to the food your eating and you eat too fast.

This is pretty much the most helpful thing that you can do when you’re trying to be healthy and that is stretching out the food you want to eat. Also if you eat for longer it gives you time for your body and brain to catch up and tell you that you are in fact full! Which can take up to twenty minutes.

So there you have it! The easiest way to make a small amount of mostly healthy food go further! Another steal from my super grandparents is crumbling a meringue over fruit for an evening dessert or adding a probiotic yoghurt to the mix which is also great for those of you suffering with IBS!