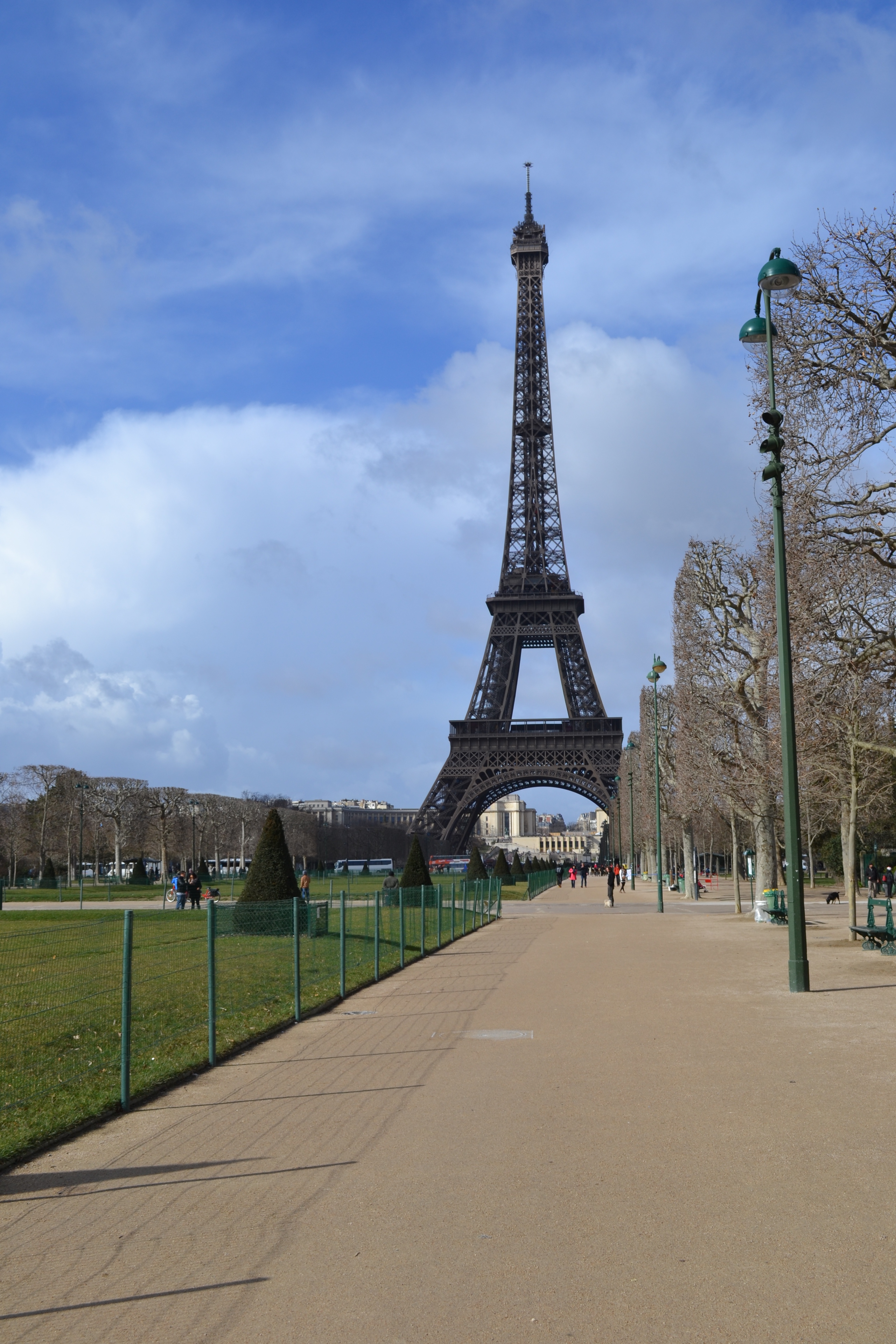 There is something so fantastic about living in Europe; firstly it gives you the ability to just pop across to so many incredible countries at almost, a drop of a hat and last week we were blessed with a trip to Paris. Taking the Eurostar, Josh was suitably impressed (I think him taking the train was probably his favourite part!) and we barely spent anytime travelling which meant that we got more time to enjoy the delights of Paris.

The highlight was finding the parts of Paris less touched by tourism, such as our walk along the seine which even allowed us to stumble upon Ponts Des Arts bridge as well as another which plays music via bluetooth, now if thats not rock ’n’ roll, I don’t know what is. 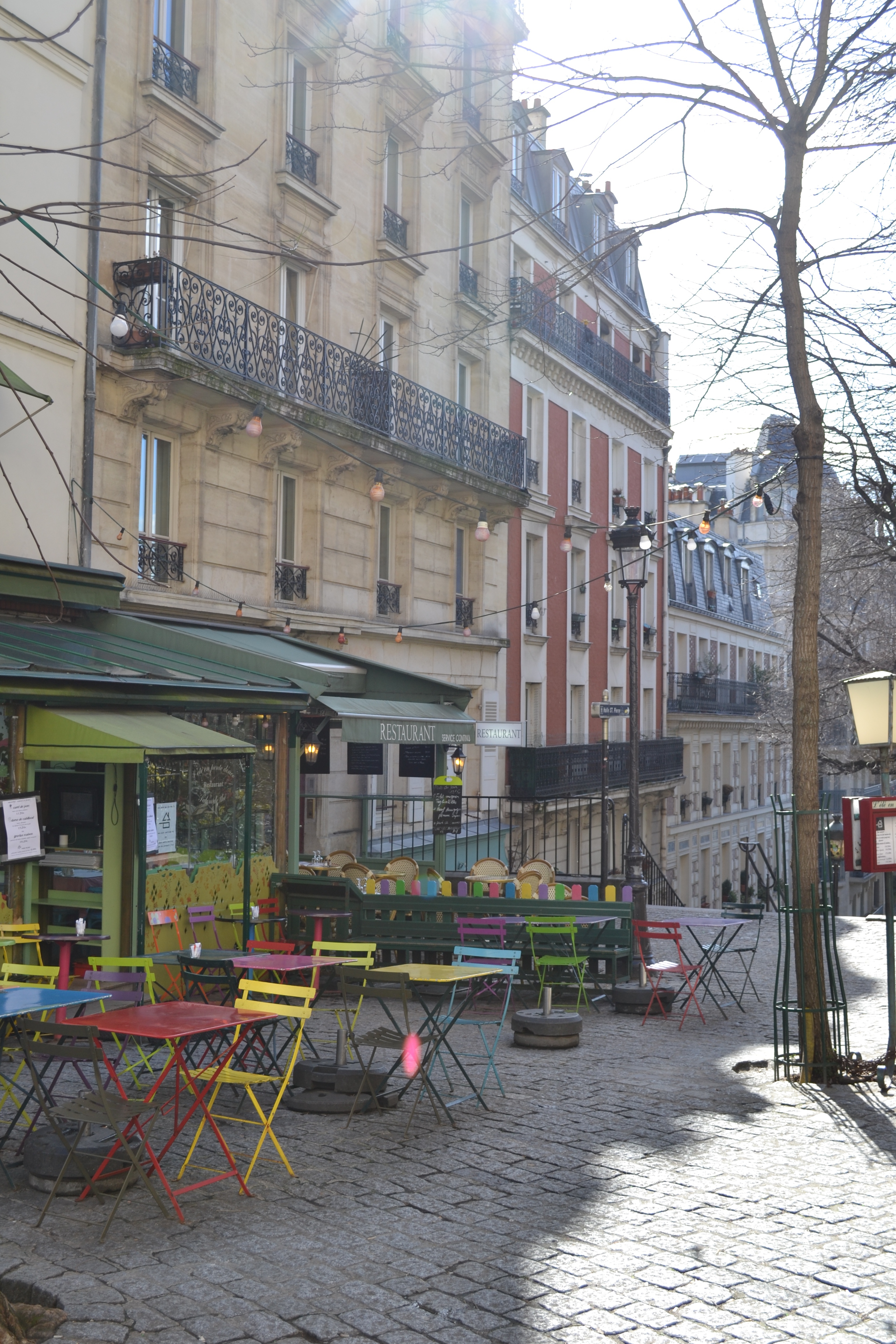 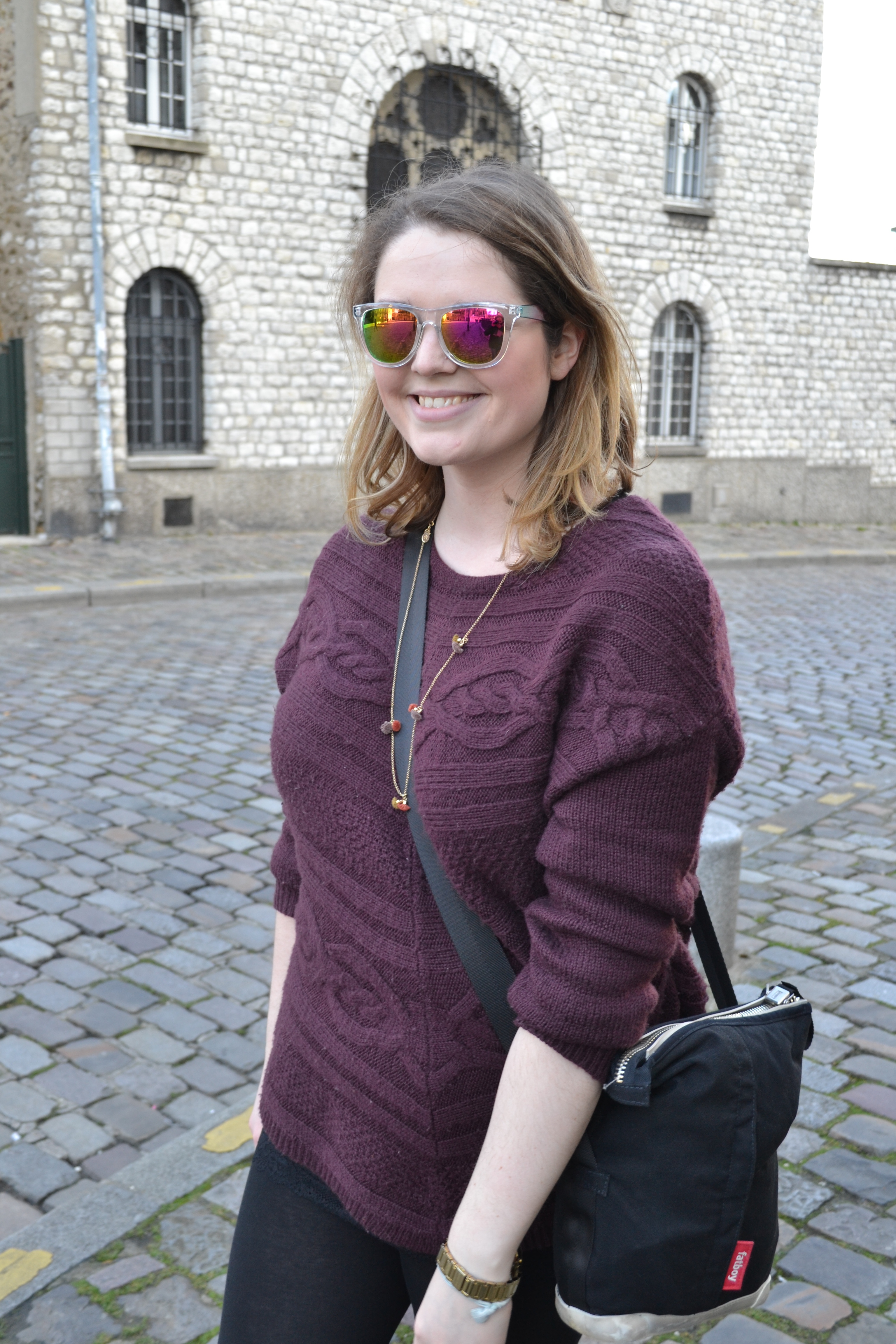 Now, I travelled with a slightly revised Capsule Wardrobe with everything being in my capsule bar one dress, which was bought from H&M two years ago and has been seen plenty of times before on the blog!

The reason for this was that I wanted another dress which went well with this purple jumper above and could be worn in a smarter way for tasty dinners out! On the night I wore this we took a stroll from The Eiffel Tower to the Champs de Elysee where we stopped into an off the street restaurant. Here we ate duck, dauphinoise potatoes and drank a far too large glass of wine which led us to finding who we believe is the French’s answer to Daniel Radcliffe on the Metro! 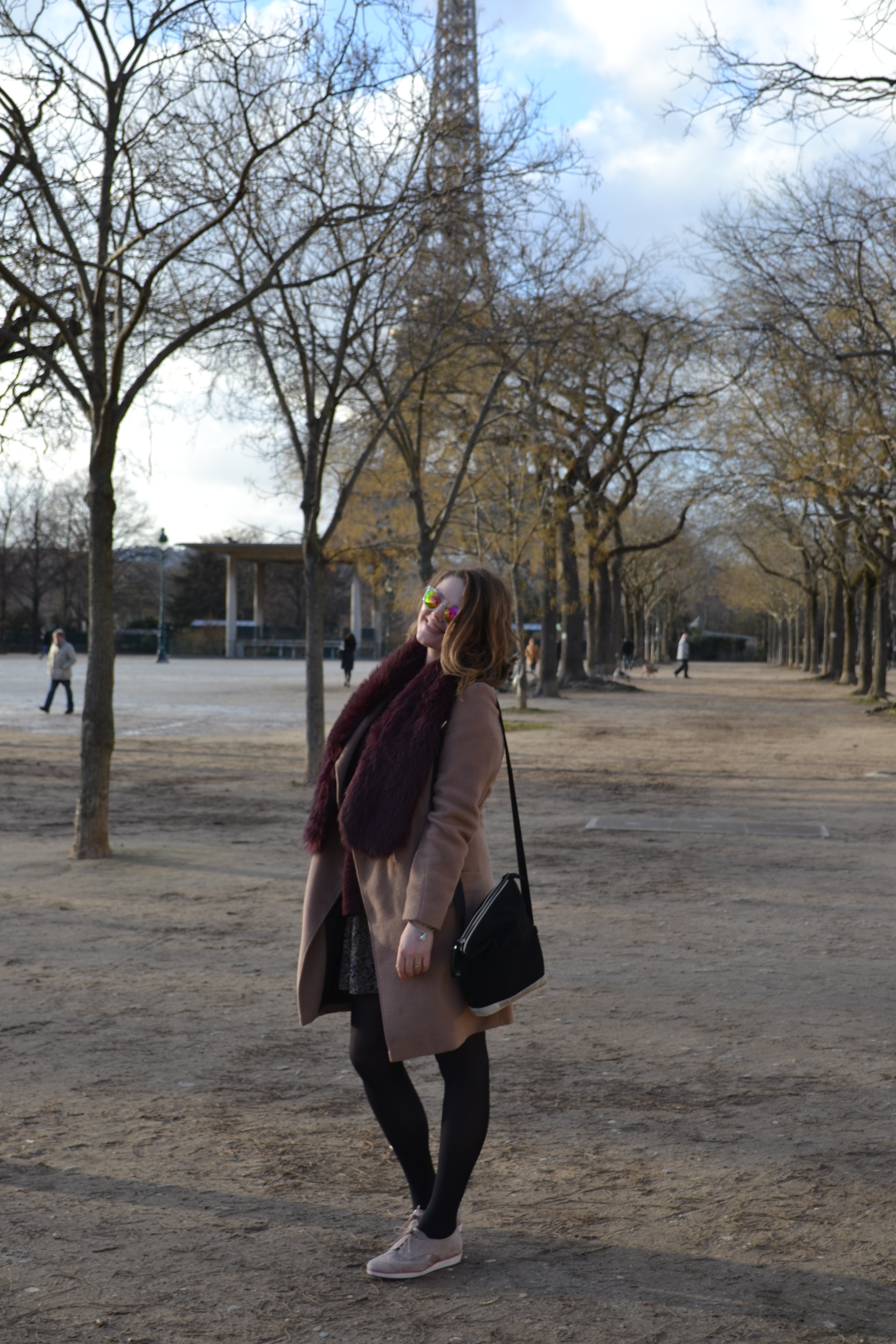 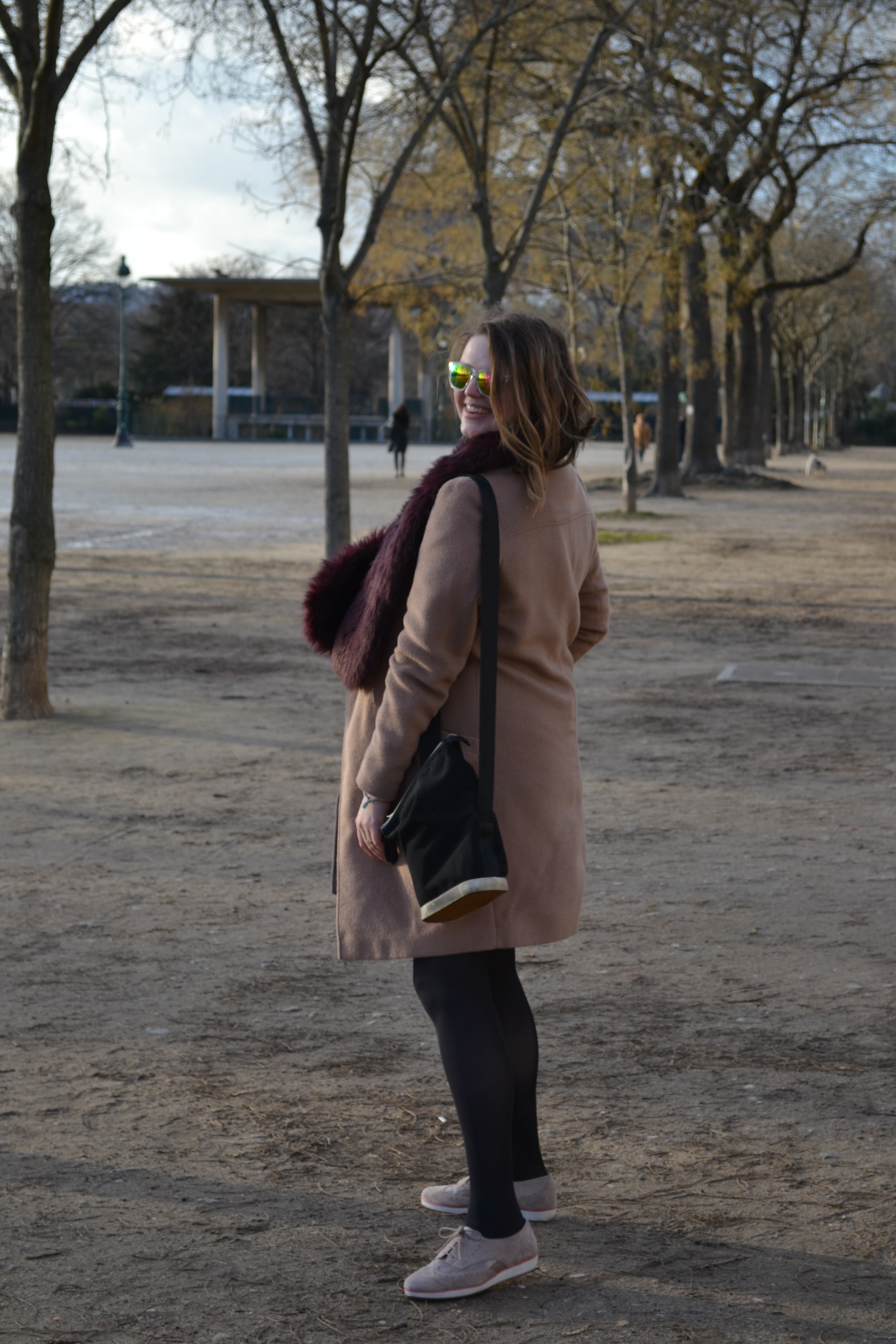 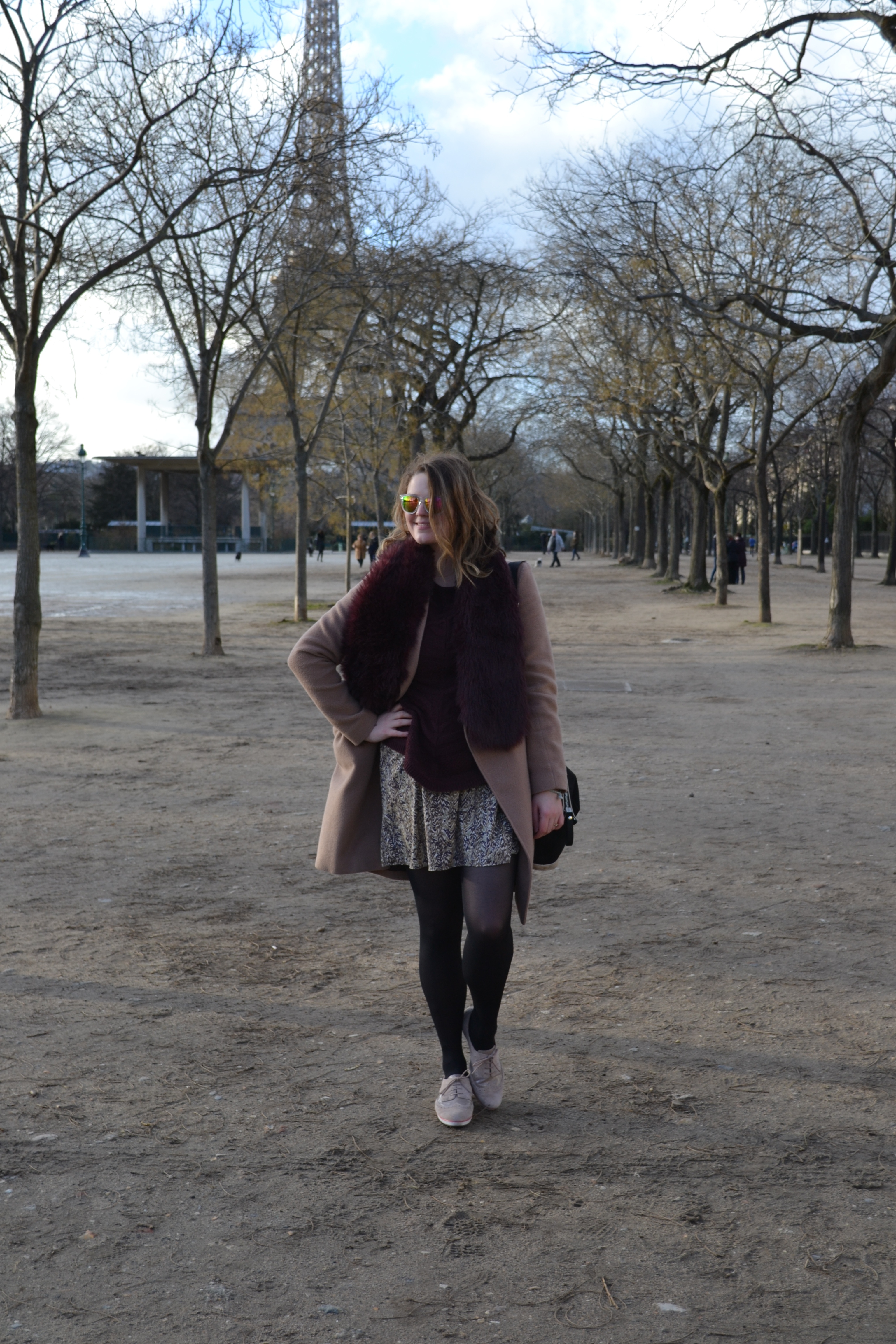 I swear I thought I was going to toss my cookies on the way up and let me tell you its then that being a tall woman who is afraid of heights is only half the embarrassment! Once I was up there however I found my footing and I’m sure with a dab of better weather the view would be spectacular but even with a thick fog I’m proud to say that I was able to reach the top and without taking the stairs! 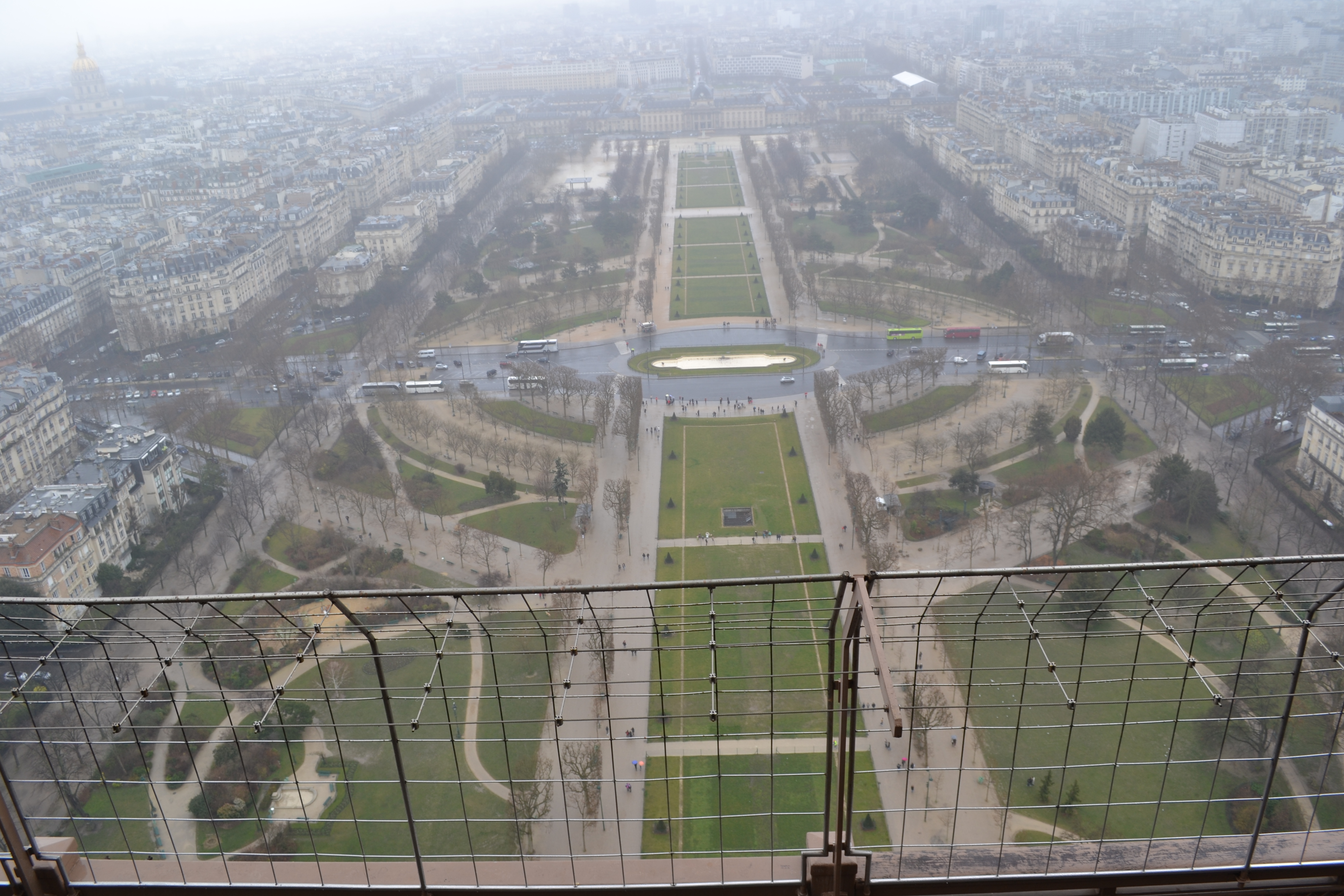 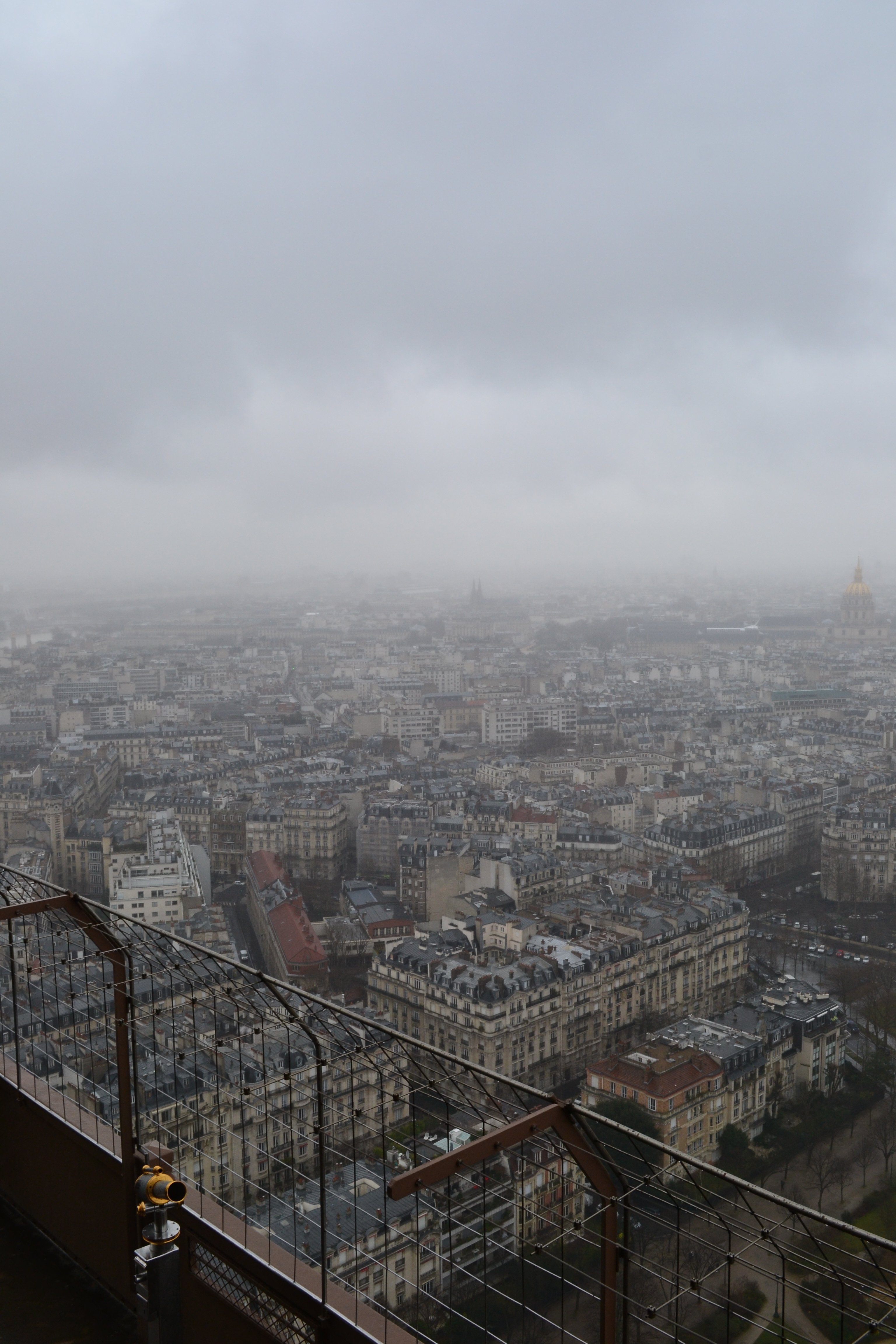 This (below) is the only outfit that I wore and convinced a french gentleman that I too was french. I’d like to think that it was this but it could of course been because I was refusing to speak in any language other than French. This proved to be incredibly confusing for Josh who had to decipher one bonjour, ma petit pois from another. That and I kept saying yes in Italian rather than French, because thats not confusing with a british accent . . . 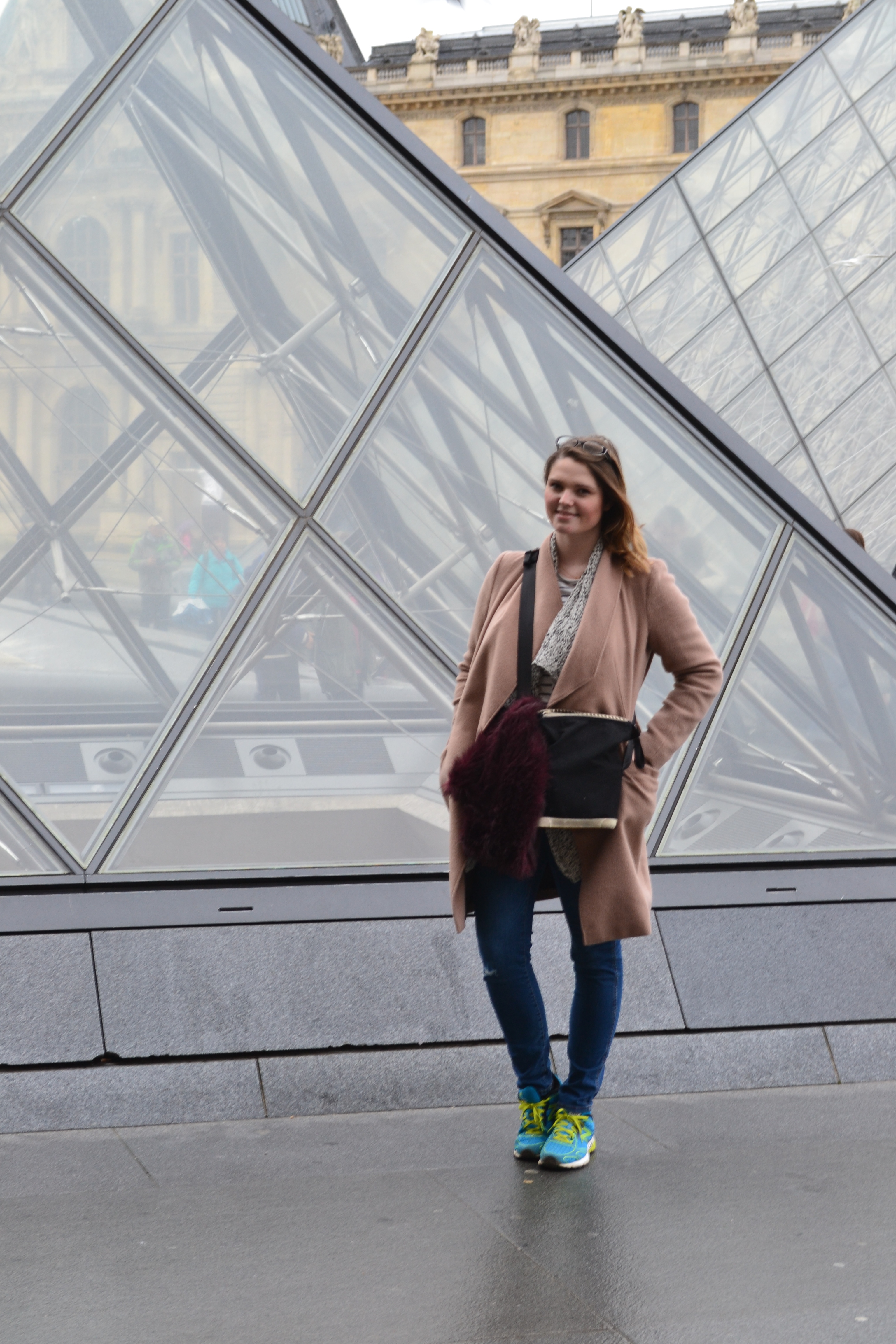 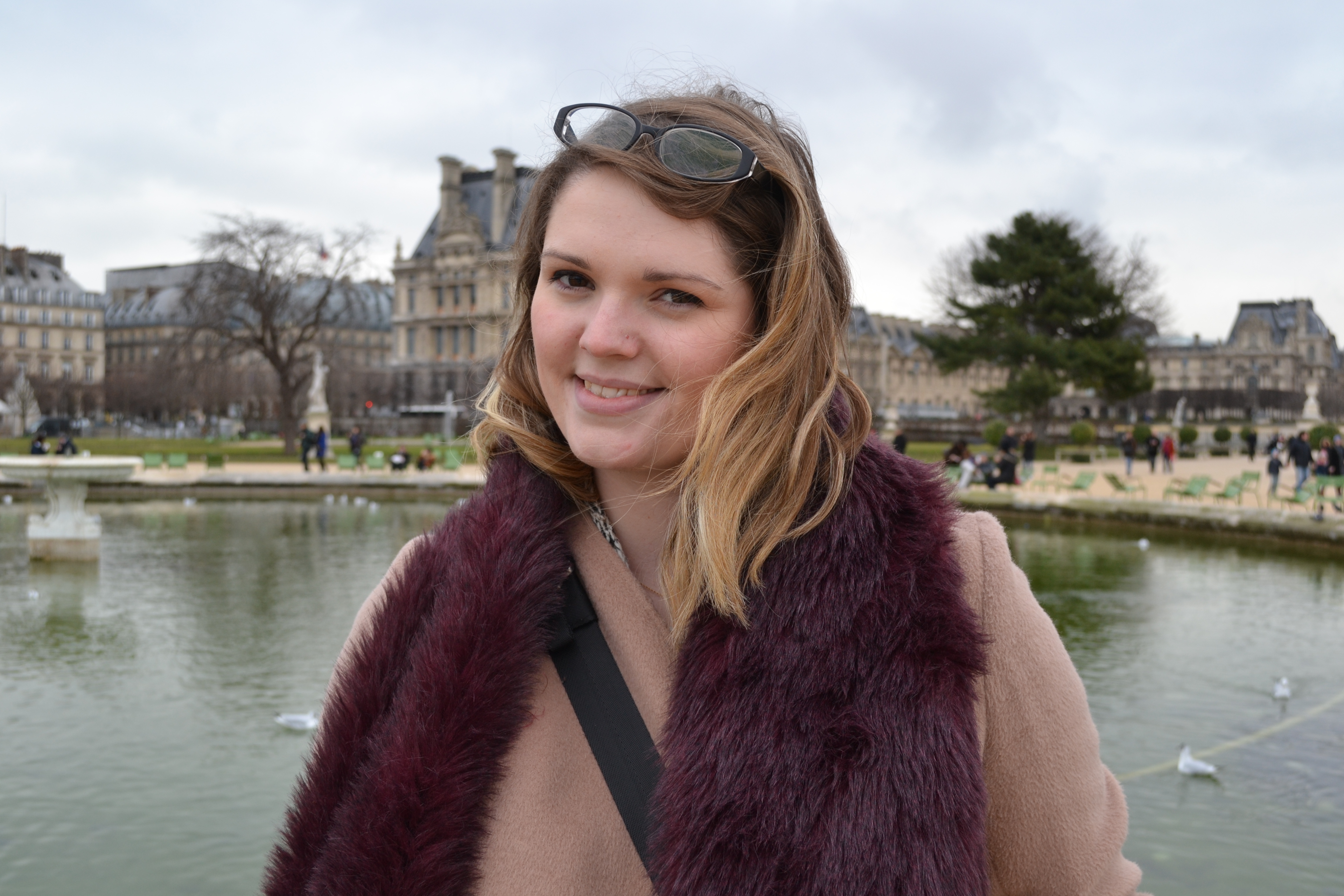 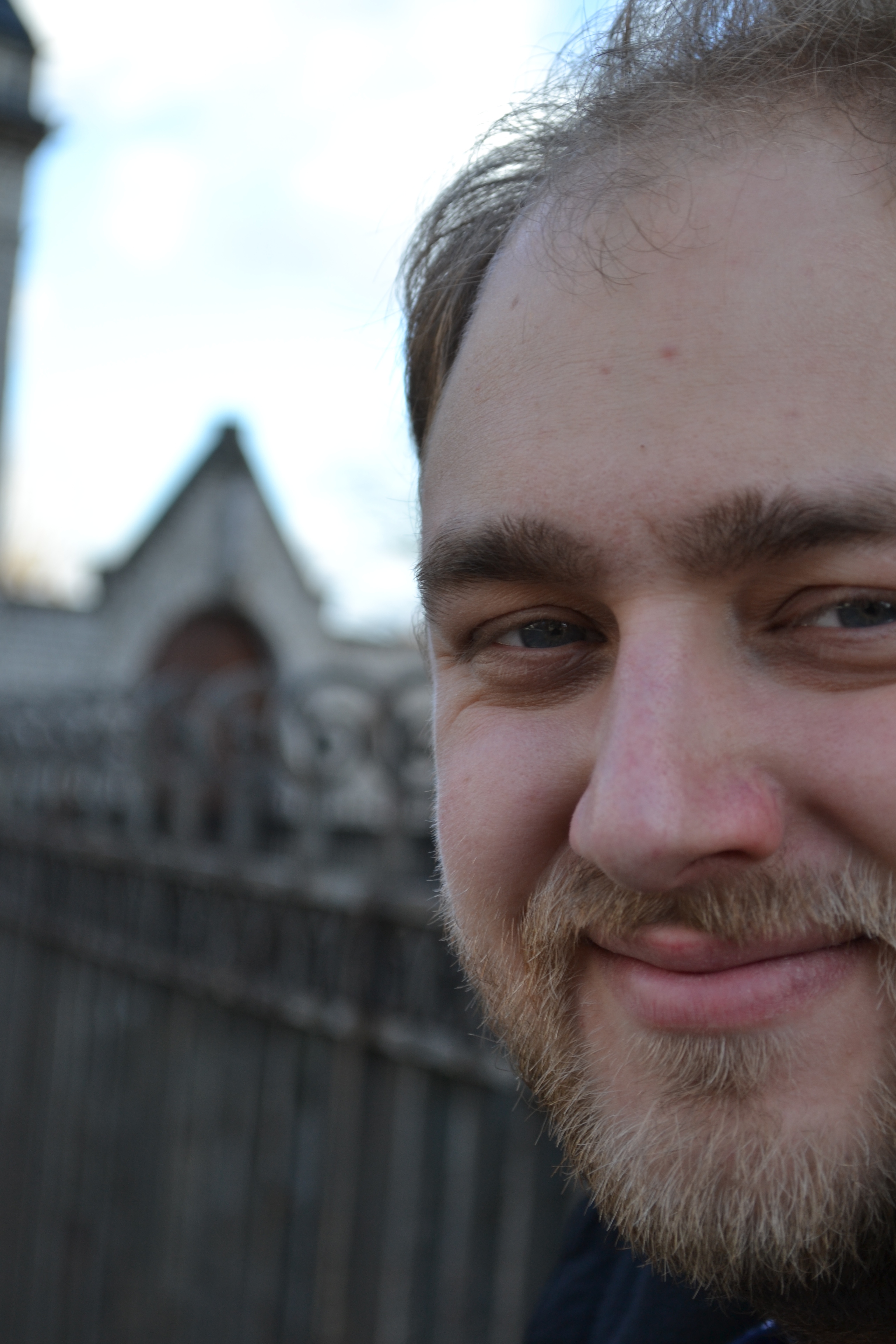 I honestly took a thousand photos of Josh on this trip, I don’t think he was that pleased some of the time, but that could just be because he knows I’m actually building a Josh shrine for whenever he has to go out of town without me, but thats perfectly normal right?

We almost didn’t make it to the Basilique du Sacré-Coeur de Montmartre and what a shame that would be! We had fantastic weather which made our view over the city only that more spectacular. Walking up to the top is somewhat of a mission but man are the views worth it! 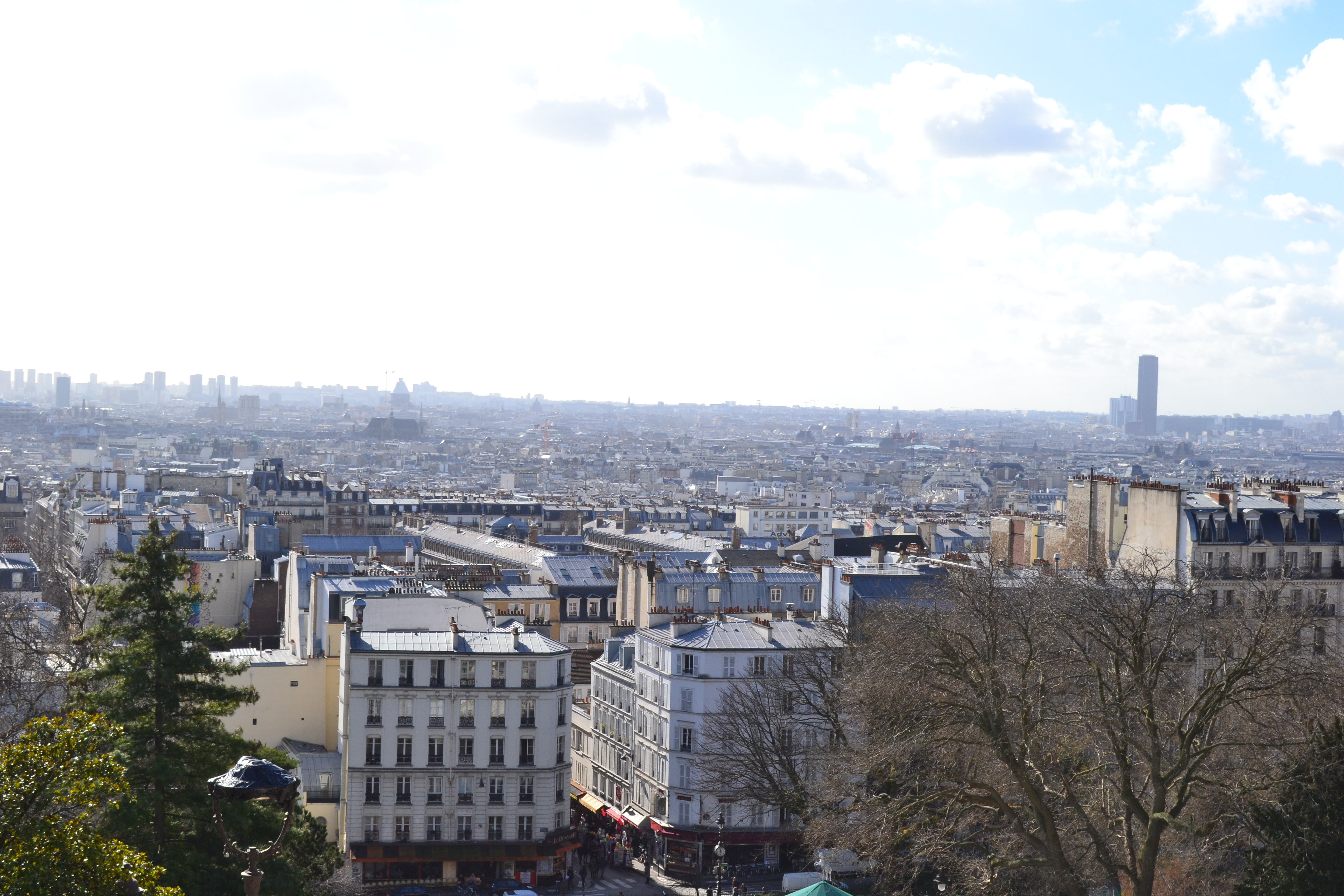 As it was our last day, leggings where allowed, paired with my Pinterest Challenge look+ This is possibly the most ideal tourist outfit but I will leave that up to you guys to decide! 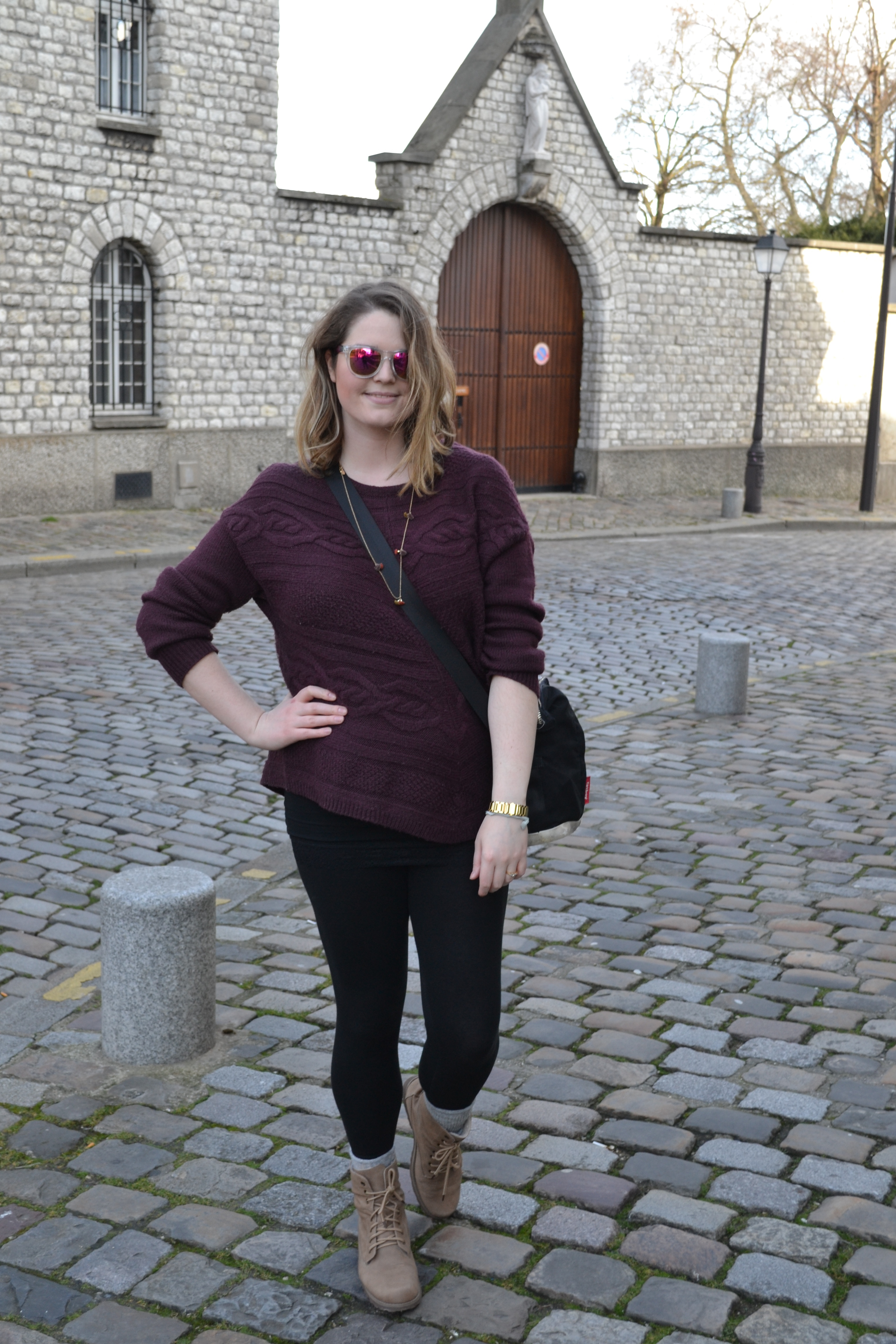 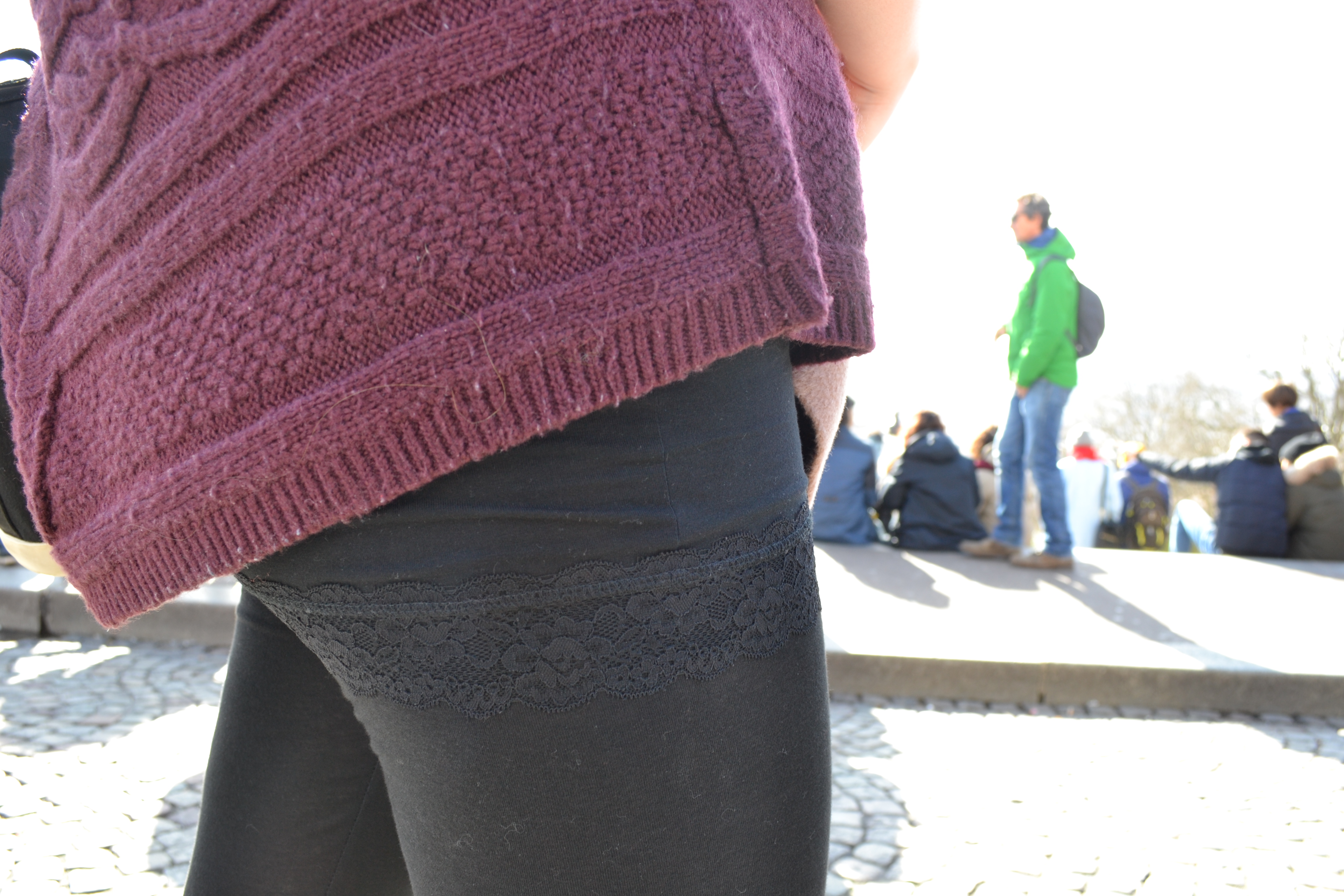 I need a cure for bobbles also! If you guys have one please let me know cause this is terrible! 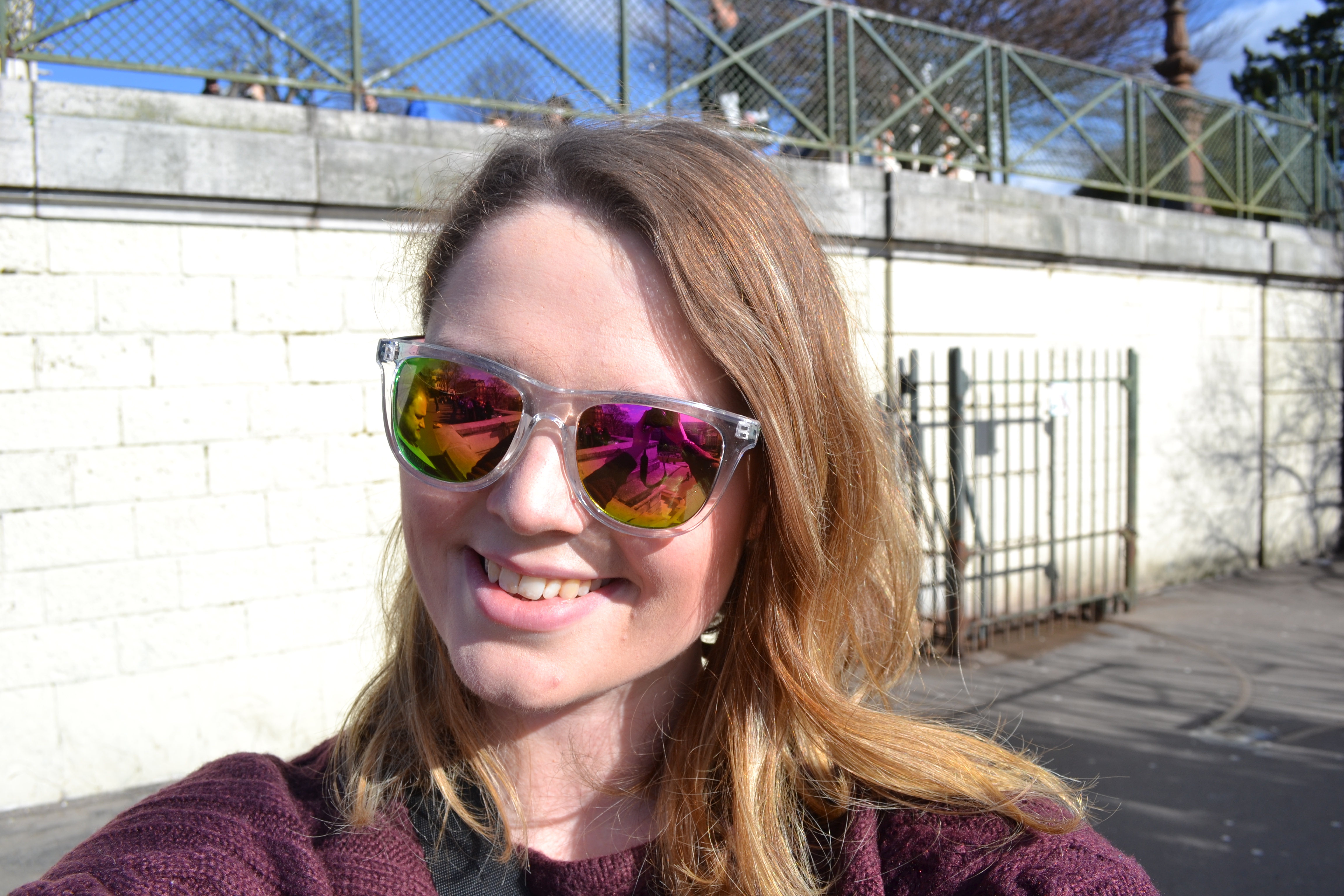 Paris overall is truly a beautiful city (best in the sun or rain!) however we had to both agree, Rome however still has the most of our travelling heart so it will be a challenge to see where we can go next!

For other photos check out my Instagram for realtime Paris and of course obligatory Macaroon shots!

6 thoughts on “therealjlow goes to Paris!”