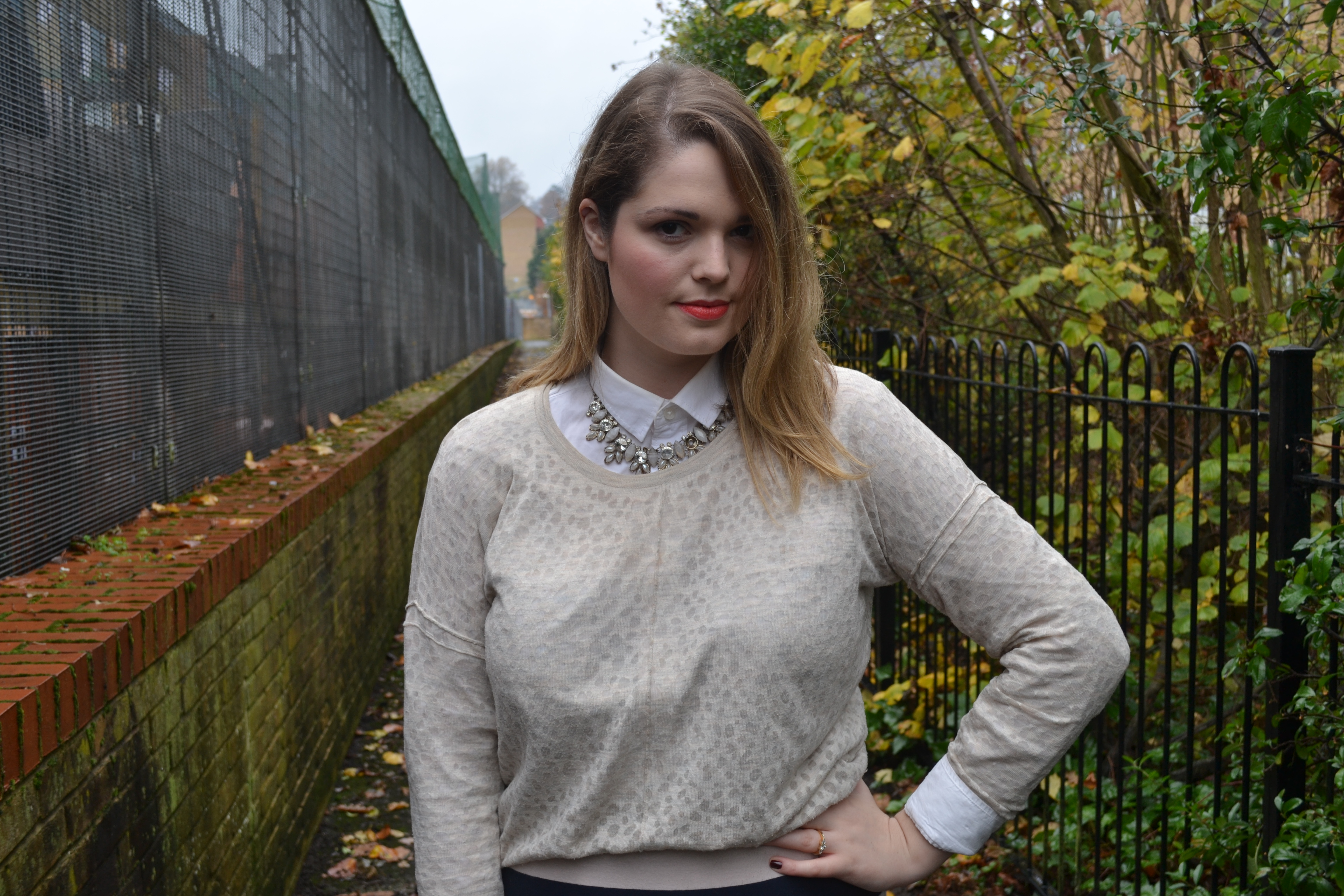 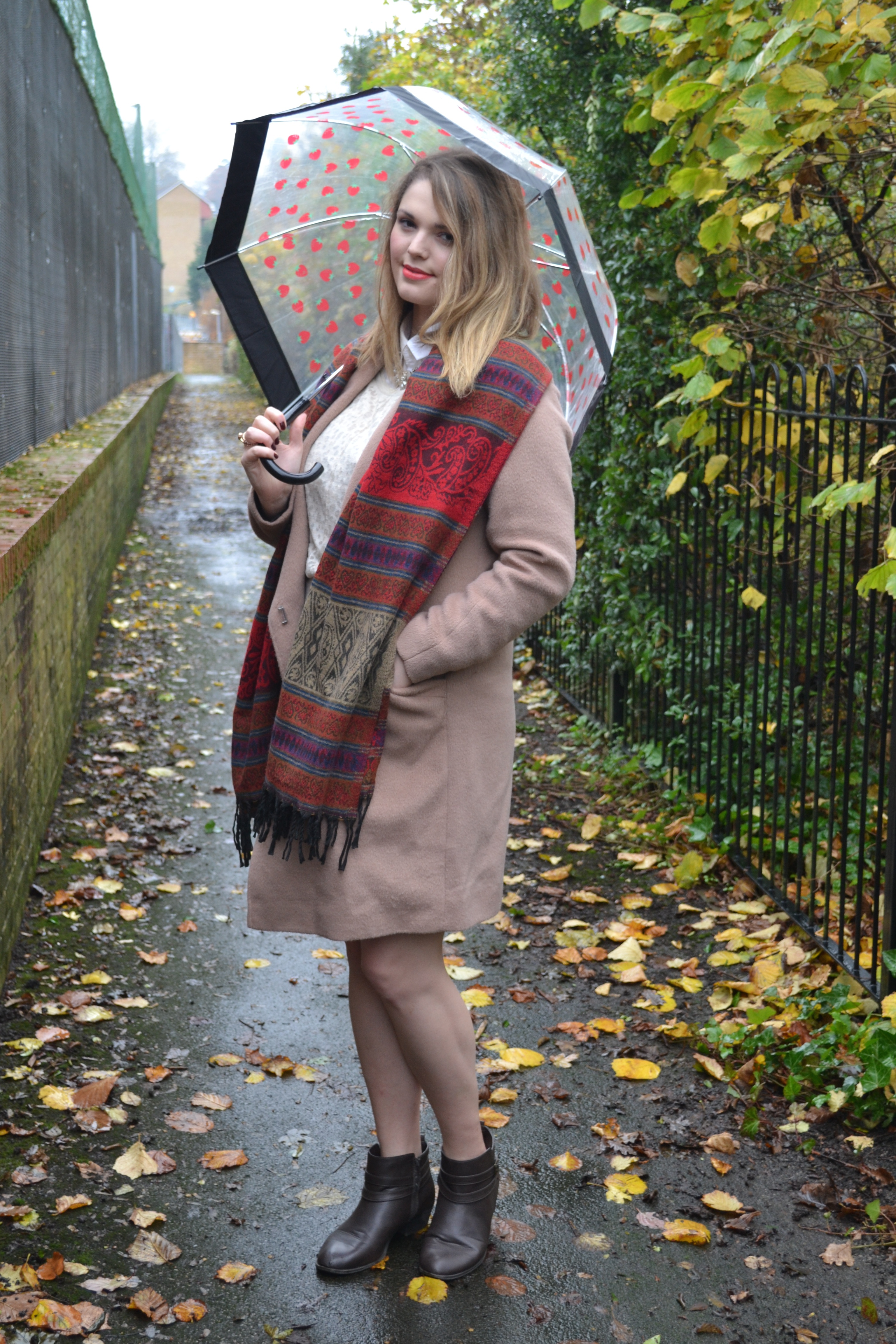 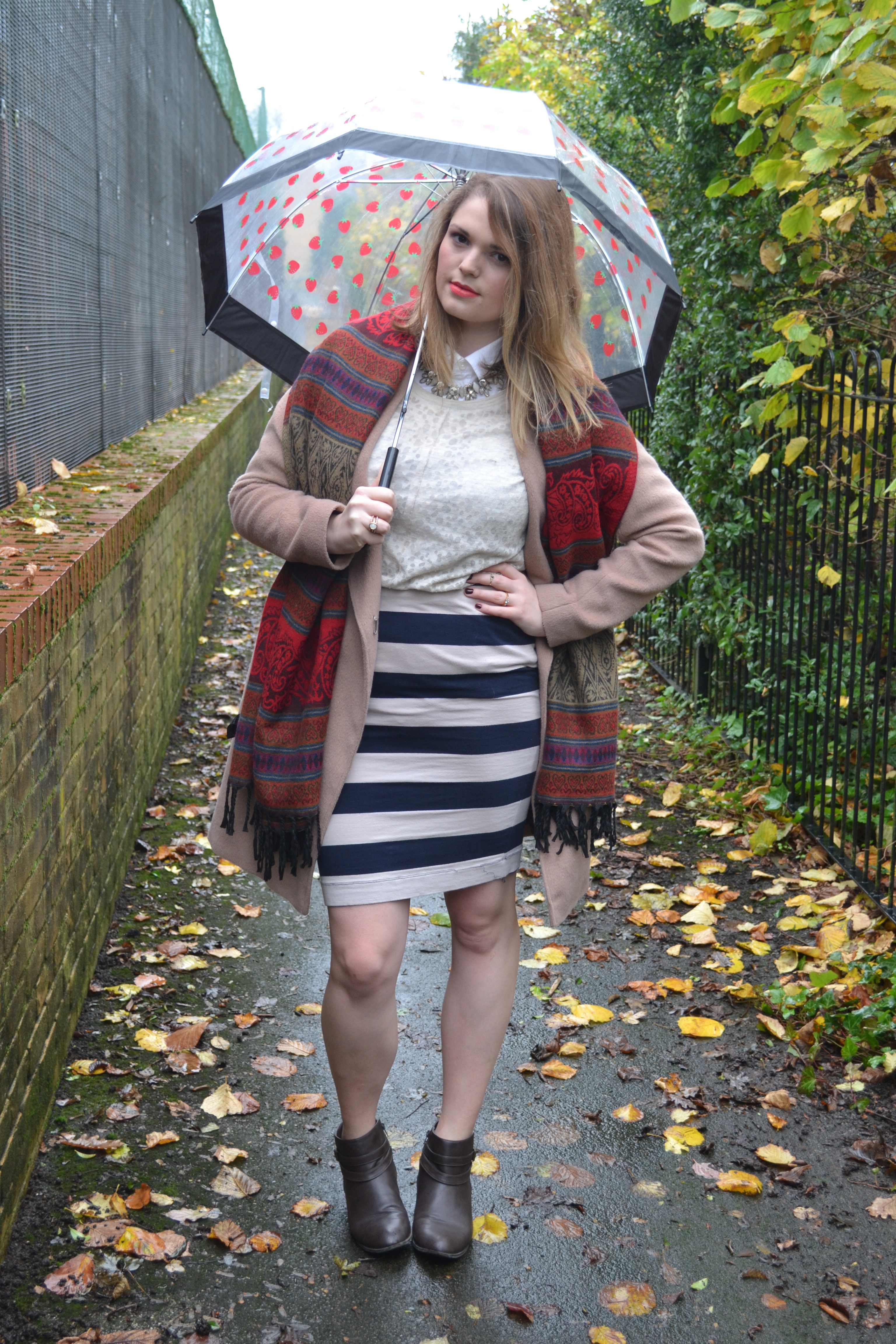 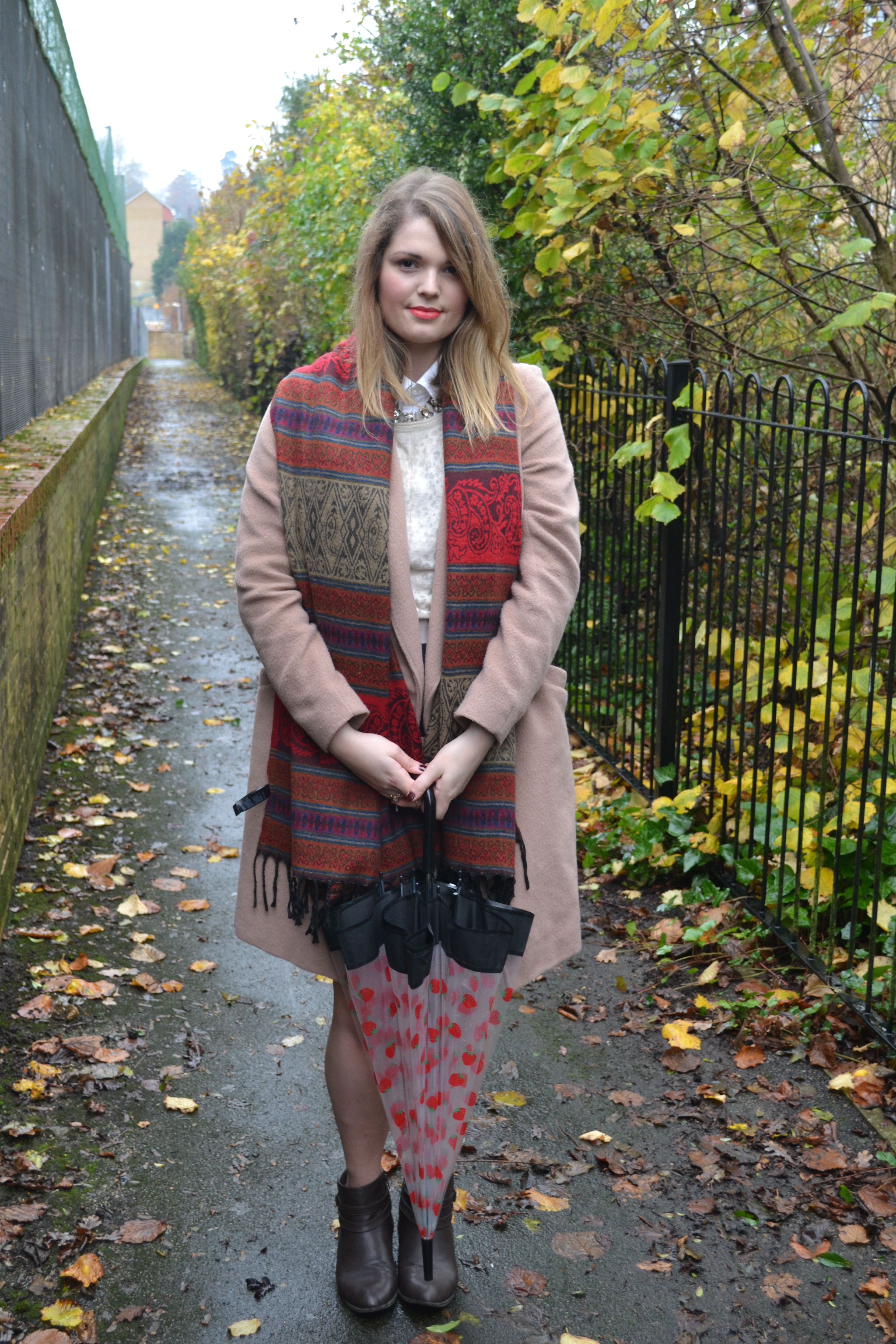 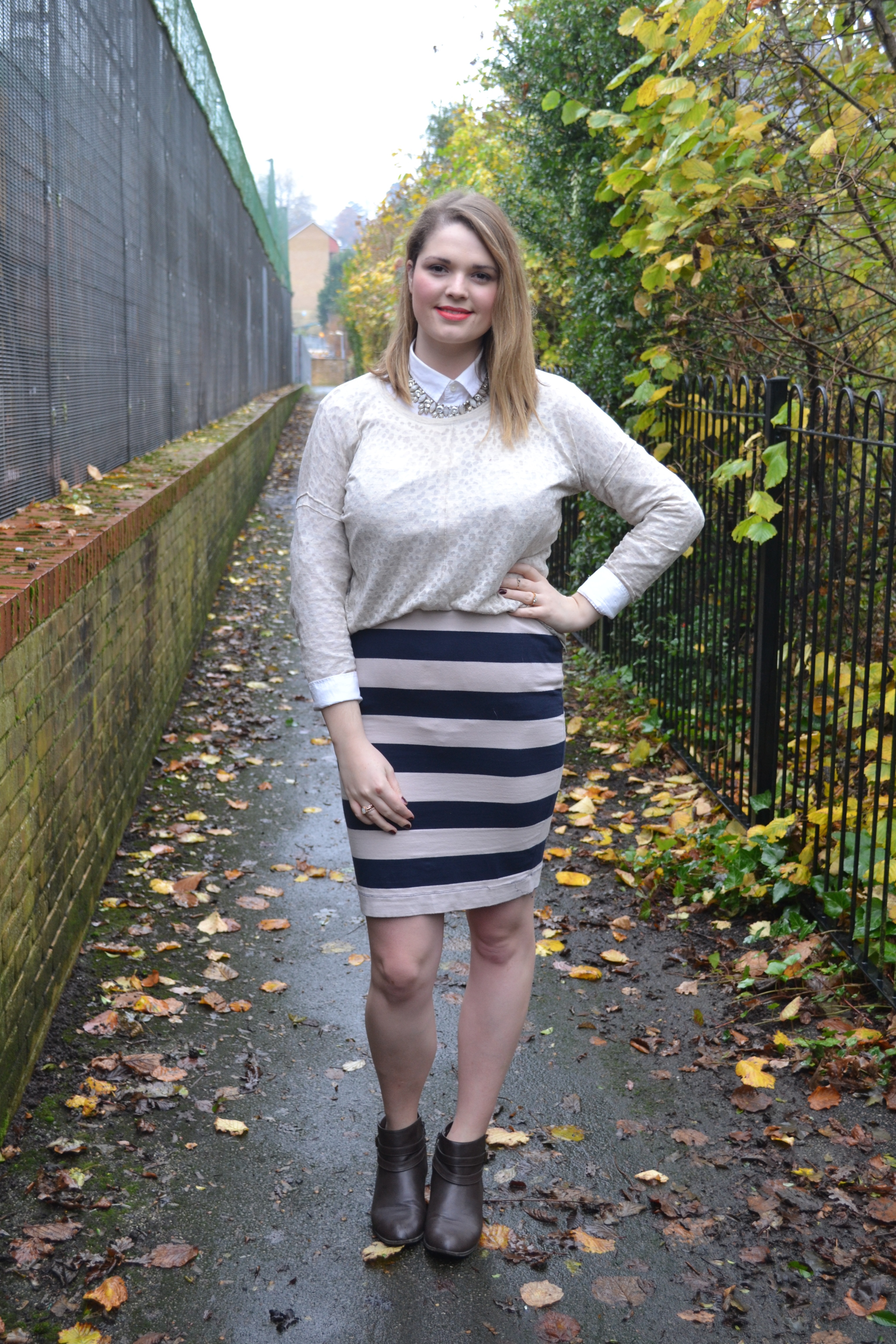 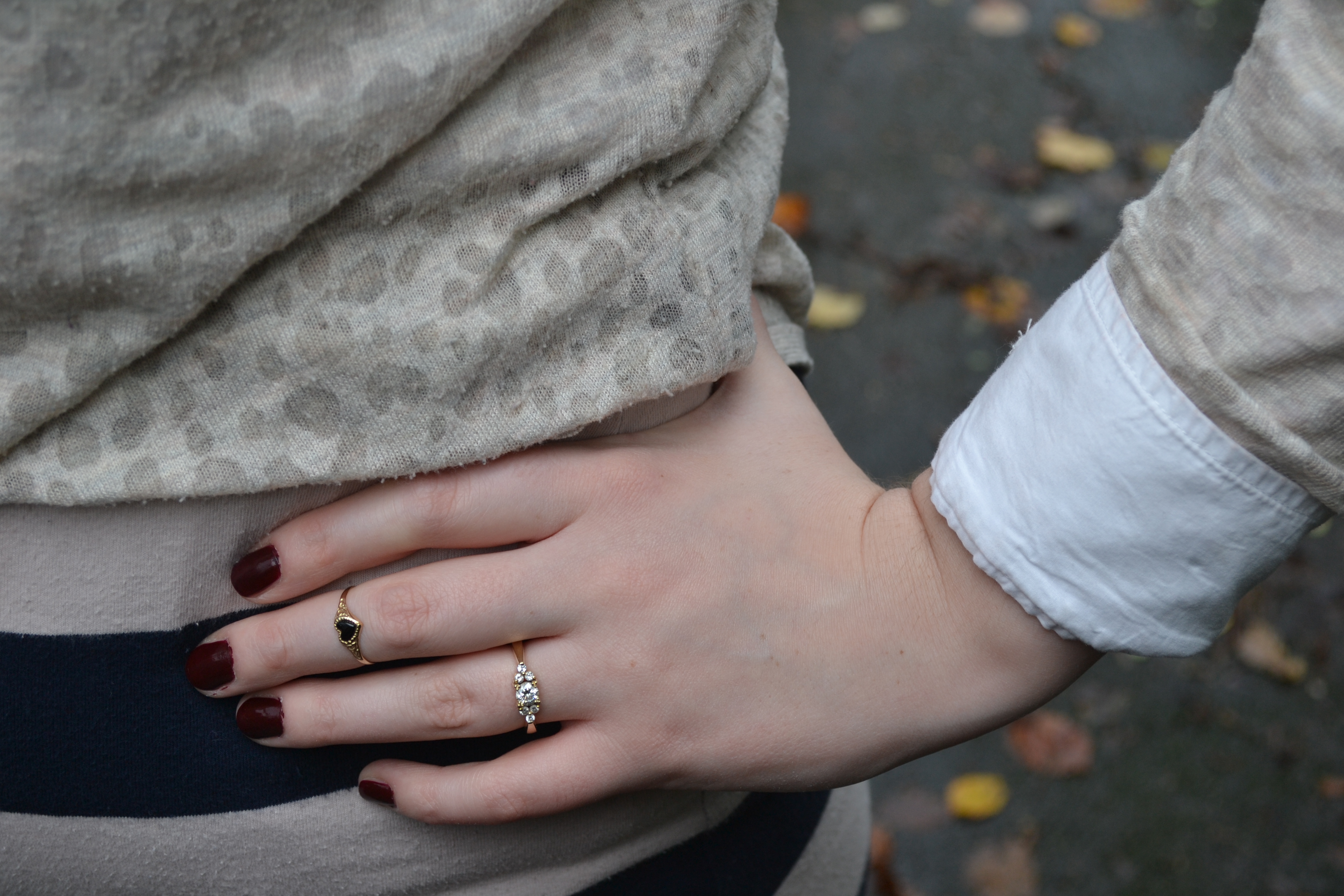 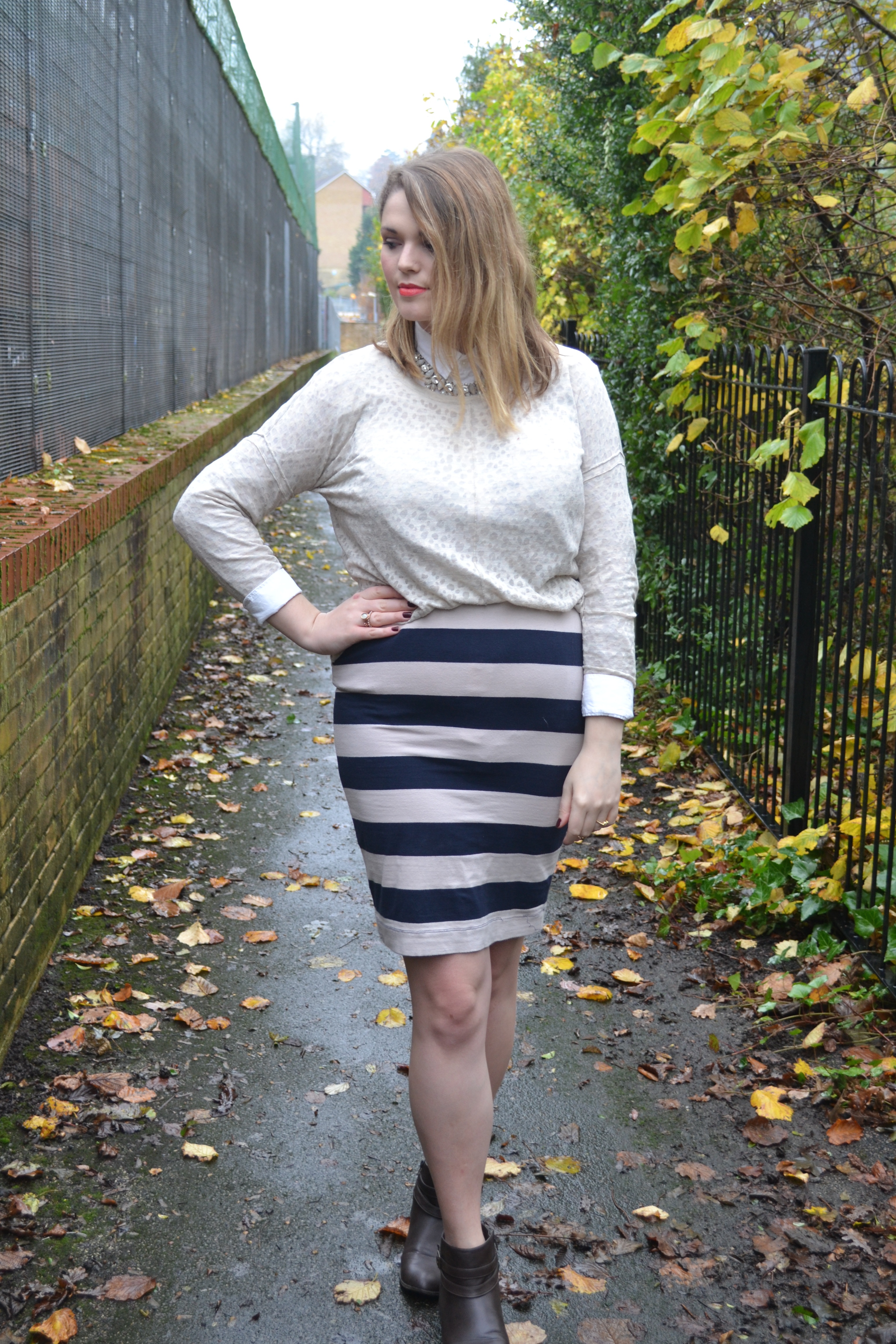 I forgot to wash my clothes.

I never thought that I would say that on the blog but heres the deal I ran out of viable capsule items and this was the result. Parts of the next capsule? Possibly.

Let me tell you about this white shirt. When I put together my capsule I knew one thing, there were not enough smart options and one of those things where shirts. So as the months have gone by I made a plan, a x3 plan and that involves, a chambray shirt, a plaid shirt and a white shirt. So when India came around I purchased a white shirt. Simple.

Now having purchased the shirt in early October for India I wore it in a more masculine way. Often tucked into black tapered trousers. But then this week I went into full on skirt mode. I didn’t include this skirt in the Fall Capsule because I felt like I wore it an awful lot and it wasn’t necessarily that professional After all it is known as the bumblebee skirt! But somehow this skirt just keeps making it back, why? because it is so uber flattering! I can’t deny this skirt anything it wants I swear! So when I added the white shirt it was a match made in heaven.

Now for a smart shirt buttoned up on an apple shape? It really shouldn’t work and yet somehow it does. So much so that I even Instagramed a shot of it on Monday. This outfit is unusual for me and unexpected but at the same time it feels more like me than some of the other outfits that I had tried in the beginning of the capsule. Its fun but predictable and although I always said buttoned up shirts wouldn’t work on me in some cases they can and it also didn’t hurt that Josh had such a great reaction this outfit either ;).

Also if you follow me over on Instagram then you will know that I made a mass of knitted turbans this weekend, so what do you think? Maybe worth setting up a little Etsy shop for them? 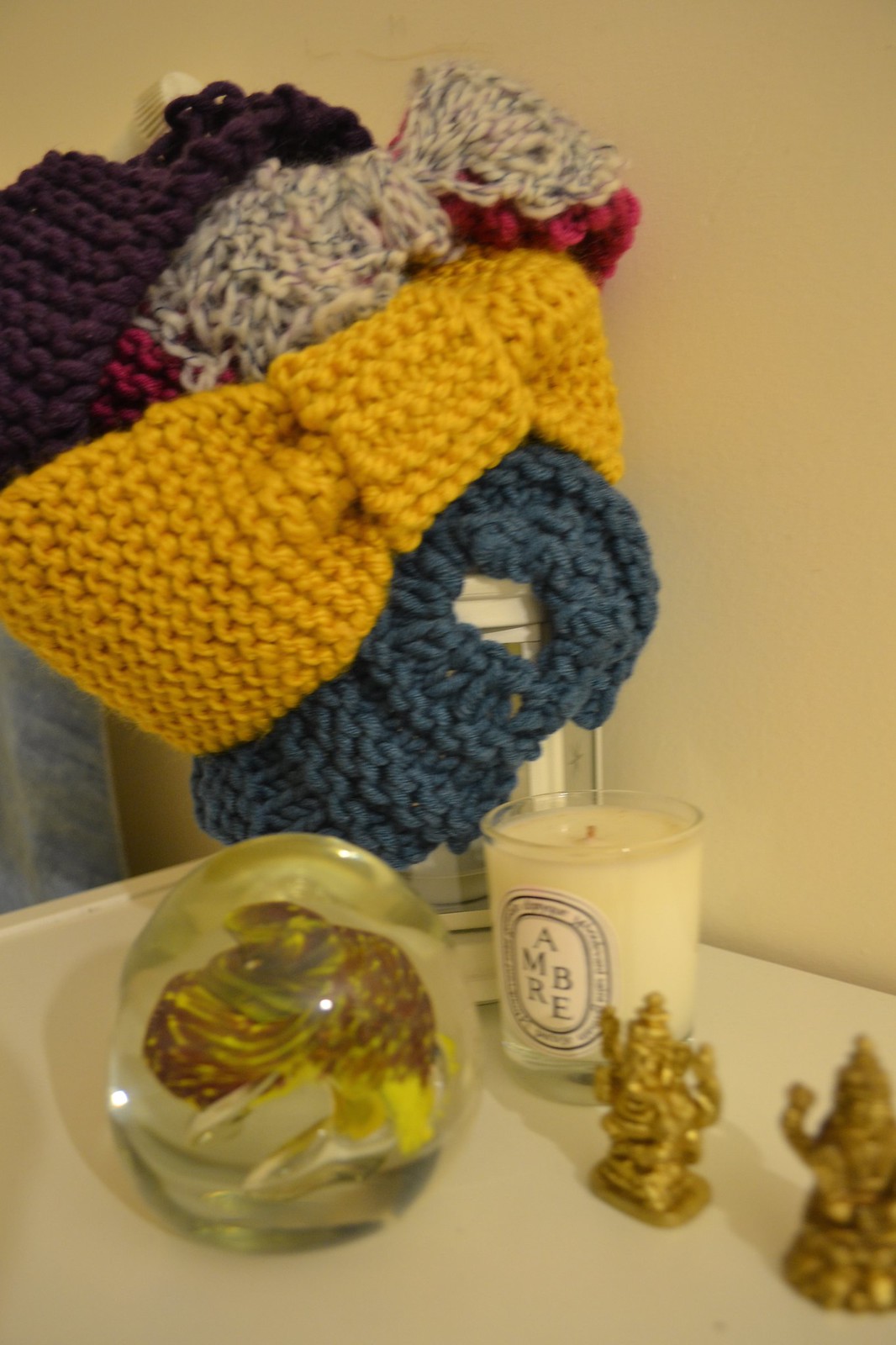 7 thoughts on “The Capsule Wardrobe | Wants, Needs and Laundry”