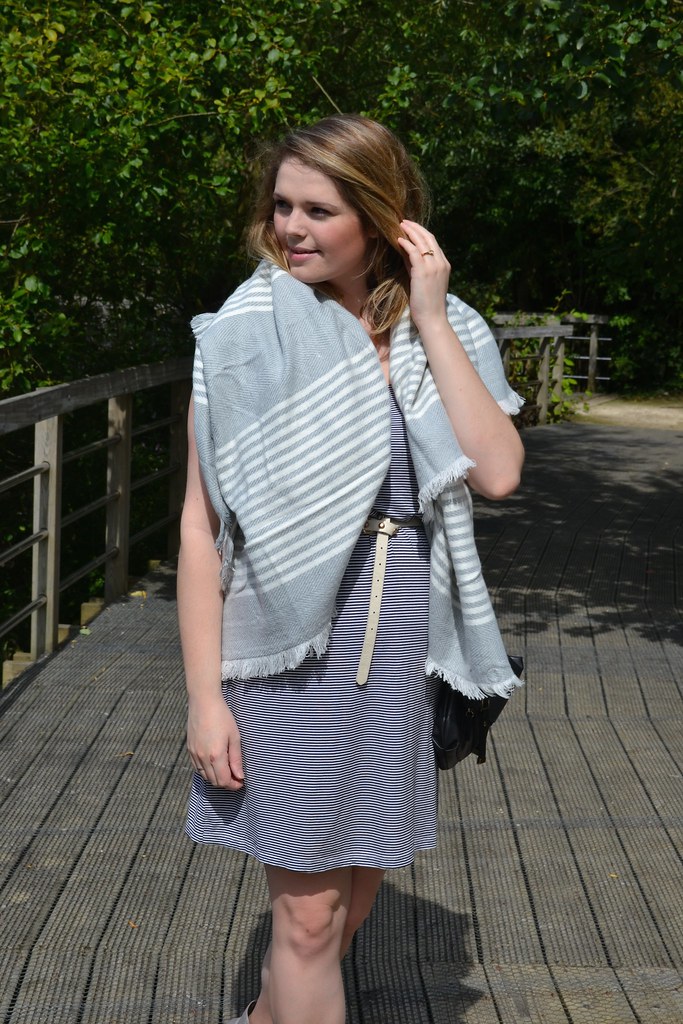 Buy the dress: H&M Instore, Buy the Blanket Scarf from Zara, the Belt from Primarni 2013 and The Boots from Next. 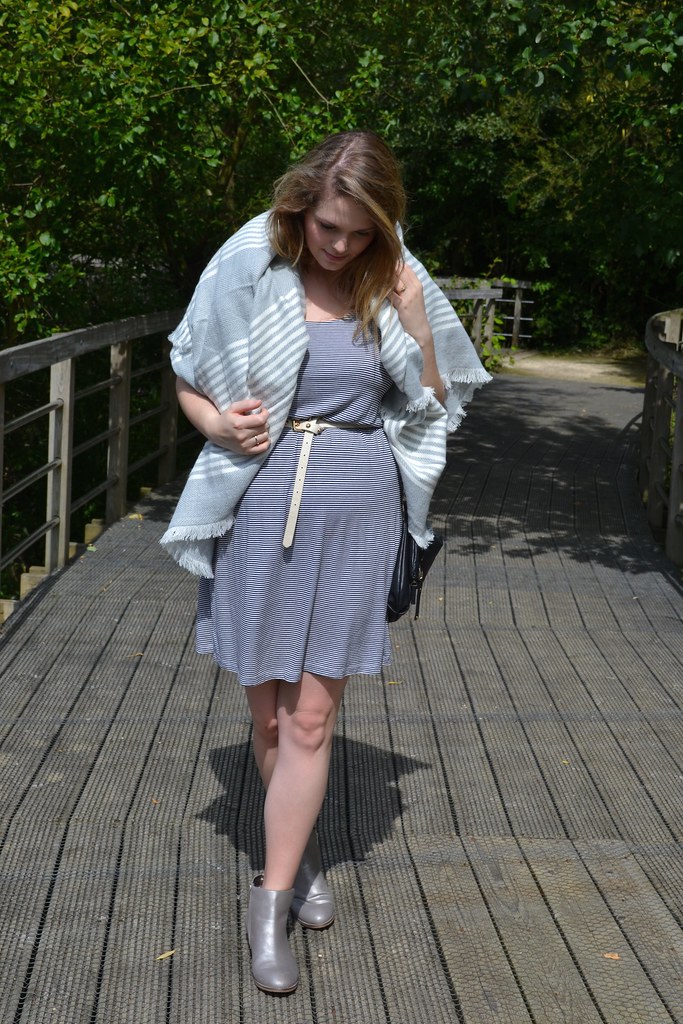 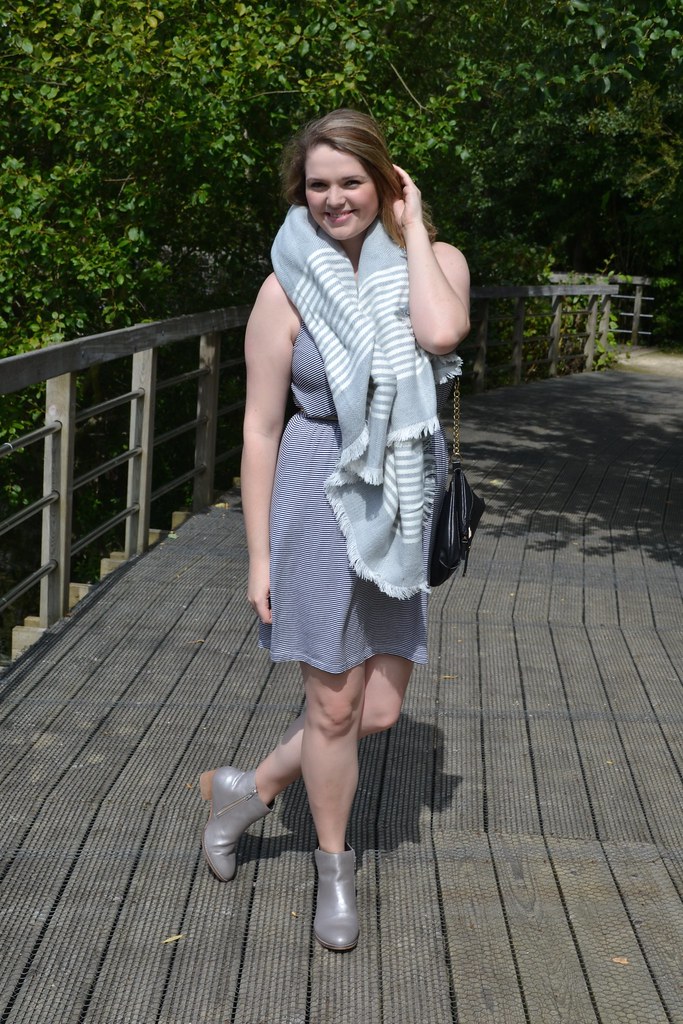 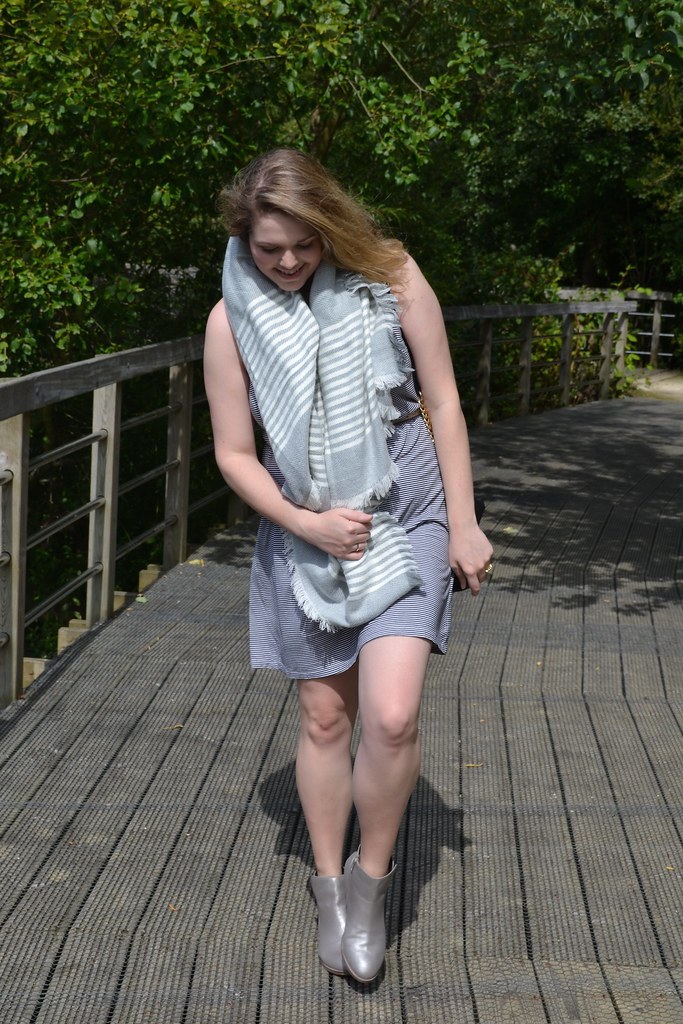 Before 2012 I had never even thought about Ankle boots. But after having bought my first pair (The legendary sparkle boots) lets just say I have never looked back. My extensive shoe collection would be nothing without them. In fact its fair to say that since buying that first pair I have worn an ankle boot every week for two solid years and that is saying something.

On the catwalk and in all the September editions of various magazines fashion has been all about having fun and whats more fun than walking around in a pair of space boots? Its probably my favourite thing about Autumnal fashion is its about texture and interesting fabrics so to add fun to the mix has meant some truly awesome finds on the high street. I love the unexpected nature of these boots, they make such a statement that I’m excited to pair them with a more neutral palette during the day and then make them stand out at night.

Other silver pieces I love are the holographic and silver clutch bags like this one from Stella McCartney and the silver flats from Russell and Bromley but in the end how could any of them compete with silver Spaceboots?

7 thoughts on “Return of the Space Boots.”